You Won’t Be Alone review: the most beautiful movie about witches ever made 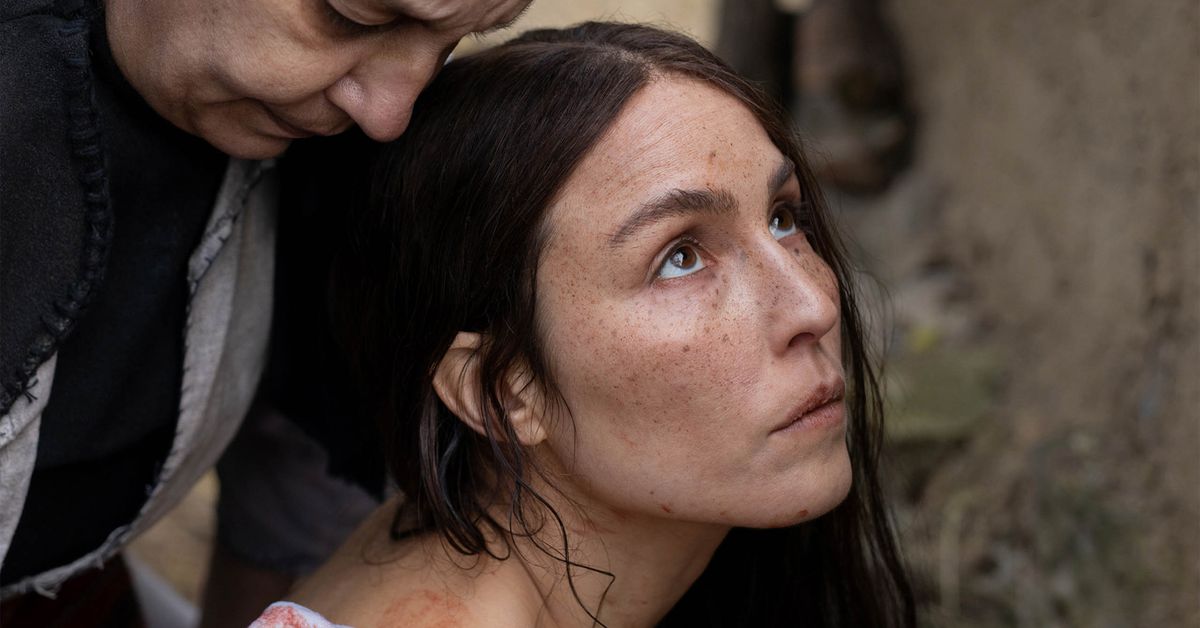 The Polygon team is reporting in from the all-virtual grounds of the 2022 Sundance International Film Festival, with a look at the next wave of upcoming independent releases in sci-fi, horror, and documentary film.

Reflection is an act of love. It’s why when I’m holding my friend’s child, I mimic their expressions, showing their feelings on my face. Why my wife, to make me laugh, contorts her nose and mouth to look like mine does when I’m feeling overwhelmed. Why it’s hard to face someone who’s weeping without feeling tears of your own. When we use our bodies to show others who we see them to be, we show them who we are, and that there is room for them within us. That’s what love is, after a fashion.

You Won’t Be Alone is built around reflection. The feature debut of Australian writer-director Goran Stalevski is a horror film of sorts, though it’s less about scaring the audience, and more about contemplating the possible fear of being perceived and perceiving others, courting their acceptance and risking their rejection. Stalevski expresses that horror viscerally through violence, through blood and guts and witchcraft.

Set in 19th-century Macedonia, the film follows Nevena, a feral, abandoned young witch (Sara Klimoska) who stumbles upon an isolated village. Curious about the people she sees there, she wants to live among them, but not as a witch, with her telltale claws and ageless body. In the folkloric tradition the film draws from, witches have the power to shapeshift through gory means, by placing the guts of dead things within their own bodies. So when Nevena accidently kills a villager, she takes the opportunity to assume her identity, and begins the first of several lives as a human.

You Won’t Be Alone is largely dialogue-free, and it’s pushed along by Nevena’s narration, as she learns to live as a human, with different actors taking over the role when Nevena changes bodies — first The Girl with the Dragon Tattoo star Noomi Rapace, then Tabu’s Carloto Cotta, and finally Alice Englert. Each body gives Nevena a new window into the human experience, first as a woman, then a man, then finally as a child.

Each version of Nevena is wide-eyed and full of awe, endlessly internalizing everything she sees. As a woman, she learns to laugh and cry. As a man, she learns to be jocular and repressed. As a child, she’s ready to take what she loves and leave what she does not. Her reflections are poetry, beautiful in their cadence and imagery. It’s very difficult to walk away from You Won’t Be Alone without wanting to fill a notebook with its words and recollections of its images. It’s a film of wonder, of watching, mimicking, and soaking in awe. Nevena watches, and with her, we watch people and consider their lives. Nevena tells us what she thinks of how humanity lives, and we compare it to our lives, and how tradition has molded us. Consider:

“When the man is in the room, you are not a woman. You are bread. You are stew. Your place, it is in his palm. You trickle out, like water. Trickle out and drain.”

You Won’t Be Alone is a visual poem about tradition, gender, and looking through eyes that are not your own. It is, through the frame of the screen and Mark Bradshaw’s lush score, a bleeding, gory metaphor for why we watch movies. It is reflection. It is love.

Focus Features will release You Won’t Be Alone on April 1.