Winnipegger calls 911, spends minutes on hold waiting for call to be answered – Winnipeg 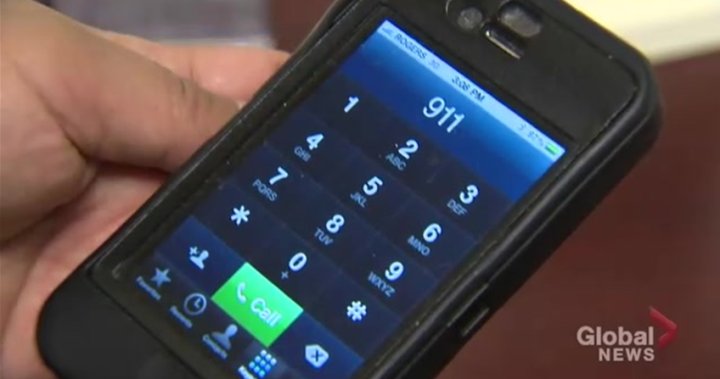 A Winnipeg man says he waited minutes on hold with 911 before he was able to get through during an emergency.

Jordan Fehilly was working late one Friday night at his job at a gas station when he said a man entered the store acting erratically.

“All of a sudden he went from 0 to 60 like pretty quick,” Fehilly said.

He said he stayed calm, told another staff member to lock themselves in a back room and pushed the emergency button underneath the counter which contacts the security company and ultimately police.

Then he called 911 but no one answered on the other end. Instead he heard an automated recording which said they was experiencing high call volumes.

Fehilly said it took another three minutes before anyone answered.

“Three minutes is a long time,” he said. “A minute is a lot.

“A lot can happen a minute.”

Global News has received similar reports of at least three other incidents in the past two weeks where people have said they were unable to get through to 911 immediately.

One person said they also waited roughly three minutes on hold while trying to call for help for someone who was in anaphylactic shock.

“That’s extremely concerning to us because first and foremost, the communication center is the front line for people that are in need of police,” union president Maurice Sabourin said.

According to the service’s annual report, the Police Communications Centre received more than 671,000 calls, 911 and non-emergency, in 2021, which averages out to around 1,800 a day.

“Calls are answered as quickly as possible; however, automated messaging is sometimes required in the call centre during periods of high call volumes,” Const. Claude Chancy said in an emailed statement. “This is not specific to Winnipeg and falls in line with all major city call centres in North America.”

On top of call volume increases, Sabourin said the centre is also struggling with staffing challenges.

“The (communications) center is extremely short staffed right now, which again, is a very big concern to us,” he said. “Call outs are a regular occurrence in the crime center to fill the the bare minimum.”

Calgary woman says her 911 call was placed on hold, officials call it misunderstanding

Police would not say how often it needs to use the automated message or what the longest wait times people experienced were.

Call volumes at the centre went up nearly 10 per cent last year over volume received in 2020.

Chancy said during 2021, the WPS reported 93 per cent of calls were answered within 10 seconds.

The service said current North American guidelines standardized by the National Emergency Number Association (NENA) is 95 per cent of calls answered within 20 seconds.