Why Licorice Pizza deserves to win the Best Picture Oscar 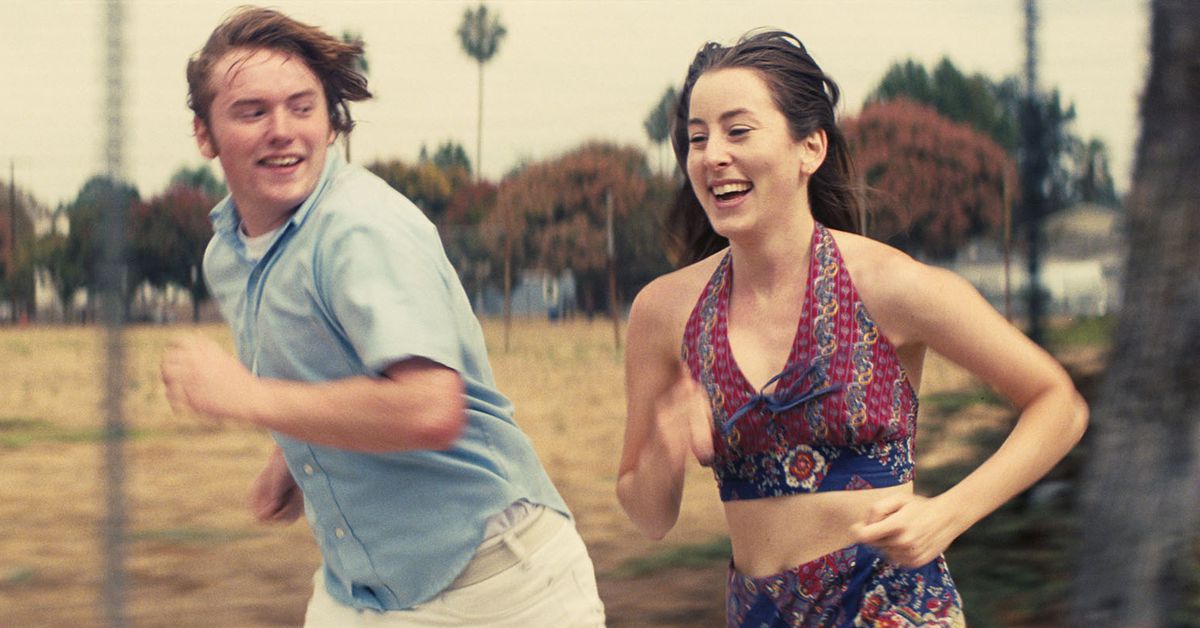 The 2022 Oscars ceremony is coming up on March 27, and 10 new movies are up for the Best Picture title: Belfast, CODA, Don’t Look Up, Drive My Car, Dune, King Richard, Licorice Pizza, Nightmare Alley, The Power of the Dog, and West Side Story. Each has its strengths and weaknesses, and any of them might end up winning big. In the lead-up to the Oscars, we’re making a case for why each of them might deserve to take the big prize.

Gary Valentine (Philip Seymour Hoffman’s son, Cooper Hoffman) is a high-schooler and aspiring actor with endless ambitions around launching his own business. Alana Kane (musician and first-time actor Alana Haim) is a photographer’s assistant who can’t seem to get her life started. When Gary makes overtures to Alana on school picture day, the two begin a flirtatious relationship, wheeling and dealing their way across southern California in the 1970s.

Paul Thomas Anderson is widely regarded as one of Hollywood’s modern masters, a man who makes surprising and sometimes inaccessibly idiosyncratic films while remaining refreshingly candid and unpretentious in person. (Anderson loved Venom: Let There Be Carnage.) His films are almost universally praised, even if they don’t attract universal awards attention: He’s been up for Best Director and Best Picture twice — for 2007’s There Will Be Blood and 2017’s Phantom Thread, both meticulously executed period dramas that could easily qualify as one of the best of their respective decades — but he’s never won an Oscar. Licorice Pizza winning an award would be something of a departure, as it’s Anderson operating in a looser, more sentimental mode, outside of the Academy’s usual tastes.

WHY SHOULD IT WIN?

Hangout films like Licorice Pizza can be deceptively straightforward; works of meticulous craft, constructed to feel like breezy walkabouts. This is contrary to what people mean when they describe a film as “awards bait,” which denotes a palpable sense of effort. This is the bias that makes comedies — and Licorice Pizza arguably is one — into difficult awards fodder. But Licorice Pizza is a complex portrait of two young people playing at things that they’re not, a romance that isn’t really about two people in love as much as it is two people using each other to prove something to themselves in the early moments of a tumultuous decade. The world is falling out from under everyone, and Gary and Alana are too terrified to find out what it means to take their place in it.

There are a couple of stumbling blocks detracting from all that craft. The first is a repeated gag involving a character played by John Michael Higgins, a business tycoon who opens the neighborhood’s first Japanese restaurant and speaks in ways that come off as open racist caricature. It’s a poorly constructed gag that invites the audience to laugh at the racism and not the racist, a glaring lack of care in a film otherwise full of it. The other concern is just an occupational hazard of this genre of film: It’s a movie about people who might not really learn anything by the end. While “characters learning” isn’t the mark of a good movie, it’s a good recipe for a satisfying one. How well it lands for a given viewer likely depends on how at peace they are with that dynamic.

ONE GREAT THING NO ONE SHOULD MISS

Toward the end of Licorice Pizza’s second act, Gary and Alana are hired to install a waterbed in the home of unhinged big-shot Jon Peters (the real-life then-boyfriend of Barbra Streisand, played by Bradley Cooper). The job takes a turn when Gary vandalizes Jon’s car, and Gary and Alana have to get away in a truck that’s out of gas, rolling downhill in reverse to safety and a gas station.

In a film that isn’t terribly dense on plot, Alana’s reverse downhill drive is the film’s most thrilling moment, and the character’s personal nadir. It’s a magnetic sequence, pulled off with tremendous skill. And it gives the impression that the character is so good at navigating this crisis because she’s been rolling downhill for a long time now.

WHERE DO I WATCH IT?

Licorice Pizza is currently playing in theaters. For the other nominees, check out our streaming guide to every 2022 Oscar nominee.