What has Disney Lorcana borrowed from Magic, Pokémon, and Hearthstone? 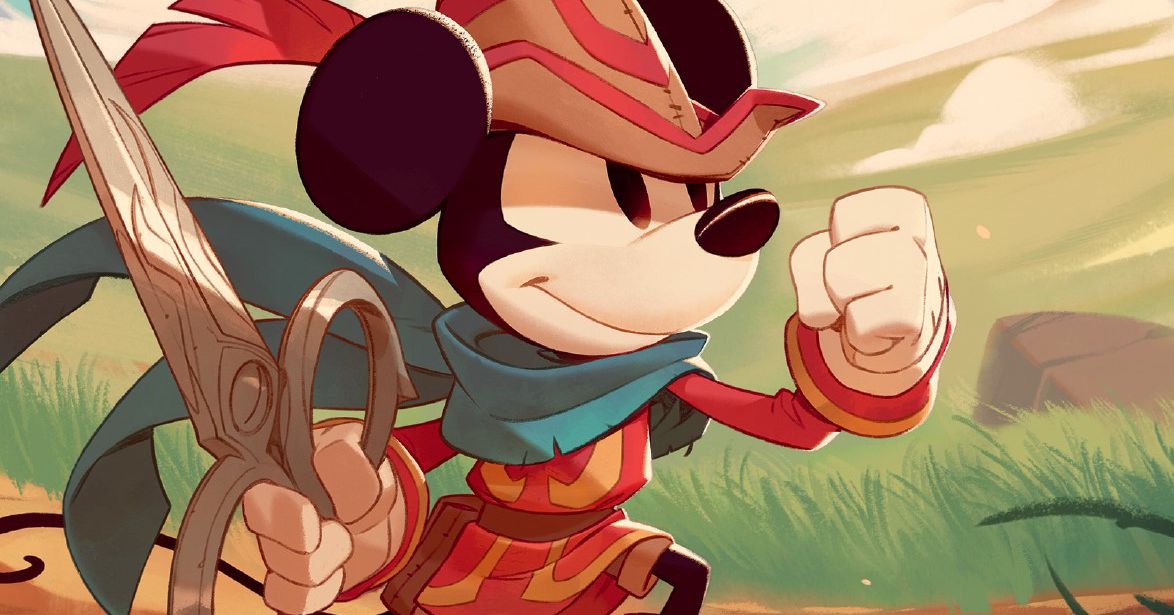 There’s a saying in trading card game communities: Reading the card explains the card. The same can be said of Disney Lorcana, the media giant’s newest venture into the world of TCGs — especially considering that the game’s developer, Ravensburger, hasn’t released the official rules yet. The game won’t be available until 2023.

But during its D23 Expo, Disney did show off seven new cards from the game, offering a first look into the characters, card templating, and art style of Lorcana. With a keen eye — and some experience with other TCGs, like Magic: The Gathering, Hearthstone, and even Gwent — you can see the telltale fingerprints of existing designs and popular mechanics. Elsewhere, lingering questions remain that will require official confirmation from the game’s designers.

What we think we know so far

Based on the visible elements shared across cards, including the consistent features and the subtle card-by-card differences, we can make some educated guesses based on proven game design mechanics that Lorcana’s architects were likely influenced by.

In the top left corner of every character card is a prominent number that feels similar to what other card games usually refer to as casting cost. On Stitch, that number is 6, and on Captain Hook it’s 1. Maleficent is 9, and so on.

This is likely the “cost” to move characters from a player’s hand to the table during a game. And, though it remains to be seen what kind of resources players will use to pay this cost, there’s a noteworthy quality that all the numbers share across the revealed cards — the resource system appears to be universal.

Universal resources are surprisingly uncommon in top-tier TCGs. In Magic: The Gathering, players leverage a resource known as “mana” that corresponds to the cards being “tapped,” or turned on their side. Mana is a color-specific resource and appears prominently on the cards themselves, which in turn dictates the types of cards players can play in a deck to have a cohesive strategy.

If the top left number on these Disney character cards does represent their casting cost, it could begin tell us a lot about the pace of the game. Another game that uses a singular casting cost is Blizzard’s Hearthstone. In Hearthstone, mana is a renewable resource — at the beginning of each turn you automatically gain an additional mana, which effectively prevents players from playing a card that costs four mana before the fourth turn.

If Lorcana adopts a similar system, we might find that average gameplay turns out to be relatively methodical but snowballs over time. Playing multiple cards on a single turn could be reserved for the mid-game, when you might have a couple two-cost cards on turn four, which offers players the strategic balance of playing cheap cards early while buying time for larger haymakers like Maleficent to close out a game in the later rounds, when more mana is available.

Although the resource system appears to be fairly streamlined, we might see some form of baked-in synergies between cards. That’s because cards seem to have various types, and those types could produce strategic benefits depending on how they are used to create a given deck. We see these synergies appear on a thin line just under each card’s title.

For now, among the seven characters previewed, we see two recurring keywords – “storyborn” and “dreamborn,” which are evenly split among both heroes and villains.

Based on some precedent from other card games, these categories could mean future cards or rules will offer benefits and synergies between characters that share certain types. Perhaps we’ll see cards that make heroes on the board stronger, ones that make dreamborn cards in your hand cheaper to cast, or even rules that limit the number of each character you can have in a deck.

Some cards have additional types in this design space, reminiscent of the creature types we see in Magic: The Gathering. Stitch is an alien and Captain Hook is a pirate, whereas Robin Hood does not have a character type — he’s just a storyborn hero.

These kinds of creature and card types hint at deck building opportunities players will get to balance when developing new strategies within the game. If you have your heart set on playing with a particular Disney icon, building a deck of cards that supports that character’s various categories could lead to a winning strategy.

It seems likely that this game will have a form of combat, possibly with cards battling one another like in the Pokémon Trading Card Game. Several clues point to a combat feature, including a specific detail that appears on every card we’ve seen, directly to the right of the cards’ names.

The two numbers that appear side by side on Lorcana character cards look a lot like attack and defense stats we see on Magic and Yu-Gi-Oh creatures. We likewise see reference to a feature called “Challenge,” which reads like combat between two characters.

For instance, Cruella de Vil has an ability that occurs whenever she is challenged, whereas Captain Hook seems to get a power boost whenever he does the challenging. Meanwhile, Mickey Mouse seems difficult to challenge altogether, as his “Evasive” ability indicates “only characters with Evasive can challenge this character.”

If combat is confirmed as a central feature of Lorcana, expect to see a lot of games determine once and for all who’s the most kick-ass princess in the world of Disney.

Despite all the context clues that allow us to make guesses about the game, just as many questions remain for Lorcana’s designers ahead of next year’s release. Between the game’s rules engine and other unusual card features, most of the system remains unknown.

For starters, what do game states look like? Since characters will be “challenging” one another, we could see two central characters square off like the active monsters in Pokémon TCG. Alternatively, the boards could be arranged in lanes, like in Adventure Time: Card Wars or Gwent. And of course there’s board states like Magic and Hearthstone, where combat is not dictated by cards’ positioning across from one another but by other, more complex rules.

As of now, board details aren’t referenced on the seven revealed cards, but this will be fundamental to fully grasping the game.

What are those diamonds below the attack and defense stats? Mickey has four, Elsa has two, but they all have at least one. Are these rarity indicators that signal the chances of opening a certain card in a sealed product, or are they integrated into the rules system? The possibilities are endless, but there doesn’t seem to be any other indicators on the cards that separate between common and rare characters, so that’s likely as good a guess as any.

Finally, do the cards have some kind of color designation separate from their casting costs? Across the seven characters there are six different color bars, where we see the hero, villain, storyborn, and other character qualities.

Each of these color bars appear to have a correlating symbol, based on the shared symbol and color of Maleficent and Mickey Mouse. The five other cards have different symbols adjacent to their type line, which could point to more in-game synergies across cards that share symbols, or even rules that limit free-for-all deck construction.

According to Disney, the game isn’t scheduled to officially launch for about a year, with fall 2023 as the current release window.