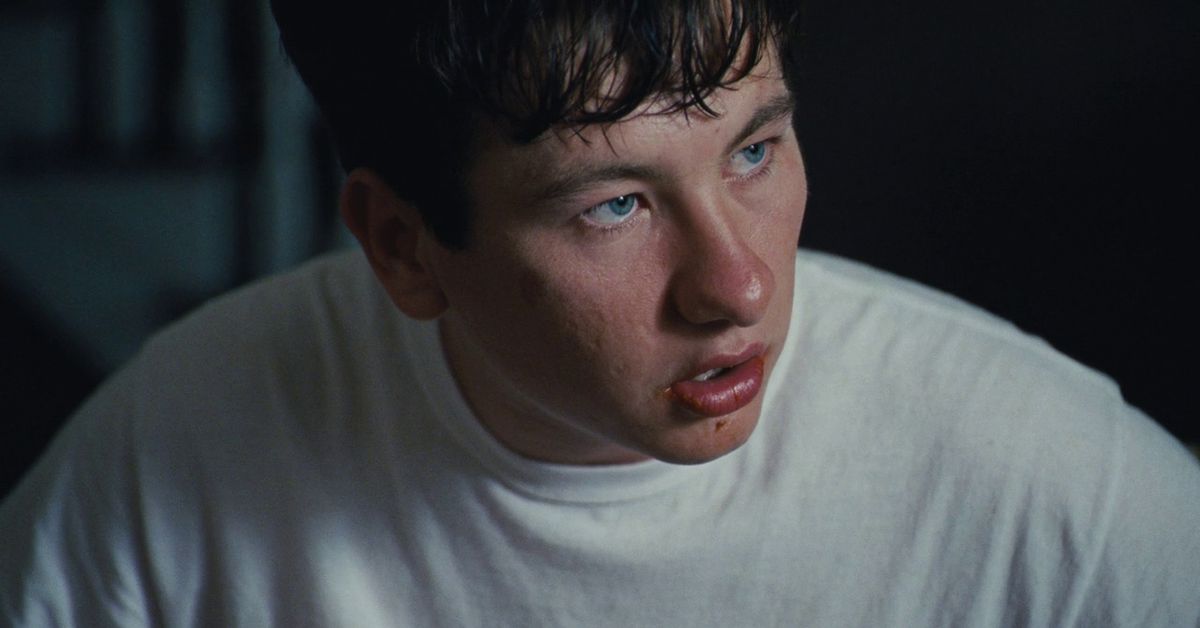 The Batman is a movie full of villains, from crime lords like Carmine Falcone and the Penguin, to classics like Catwoman and the Riddler. While that pretty much covers the main plot, superhero fans won’t be surprised to learn that near the end of the movie, writer-director Matt Reeves teases one more villain who’s in play for future Batman sequels.

This villain is played by the excellent Irish actor Barry Keoghan in The Batman, recently seen in Eternals. While the character is still shrouded in mystery, Keoghan has already given us one performance that proves he’s up to the task: The Killing of a Sacred Deer.

[Ed. note: This post contains spoilers for The Batman.]

After Riddler gets put in Arkham Asylum, at the end of The Batman, he finds out he’s next-cell neighbors with a chatty inmate. While he doesn’t introduce himself, it’s unmistakably Keoghan as the Joker. But should he appear as Batman’s most iconic villain a future The Batman sequel, it wouldn’t be the first time Keoghan showed up in a movie as an unnerving psychopath.

For those who missed The Killing of a Sacred Deer — which based on box office was almost everyone — Yorgos Lanthimos’ excellent movie stars Keoghan’s Batman co-star Colin Farrell as a well-meaning doctor and family man, Steven Murphy. One day, Steven meets a young man named Martin Lang, played by Barry Keoghan. Following that encounter, the movie gets stranger and stranger — Martin starts randomly appearing everywhere in Steven’s life, insisting that if Steven doesn’t kill either his wife, son, or daughter, Martin will kill them all.

Without giving away any more details from the movie’s story, we’ll just say that Keoghan is haunting in it. He is a cold unfeeling psychopath with no compunction about killing for what he says is justice. This isn’t to say that Keoghan is playing a version of the Joker in this movie — Martin certainly doesn’t have any of the villain’s gleeful mayhem — but it does prove that he’s more than capable of capturing an absolutely terrifying state of mind. And that’s probably what a version of the Joker in Reeves’ grounded universe calls for.

Of course, previous movies aren’t necessarily an accurate track-record for Joker performances. While Jack Nicholson’s excellent turn as the Clown Prince of Crime certainly had precedent, Heath Ledger’s resume was famously light on Joker-esque roles before it earned him an Oscar.

But with the track record of casting on display in The Batman, and his previous work on film, it seems like Keoghan will be a great bet to take over the role — whenever Warner Bros. officially announces that a sequel is good to go.

The Killing of a Sacred Deer is currently streaming on Netflix and for free with a library card on Kanopy.

CDC’s New COVID Rules Mark Change in the Pandemic, How We Live