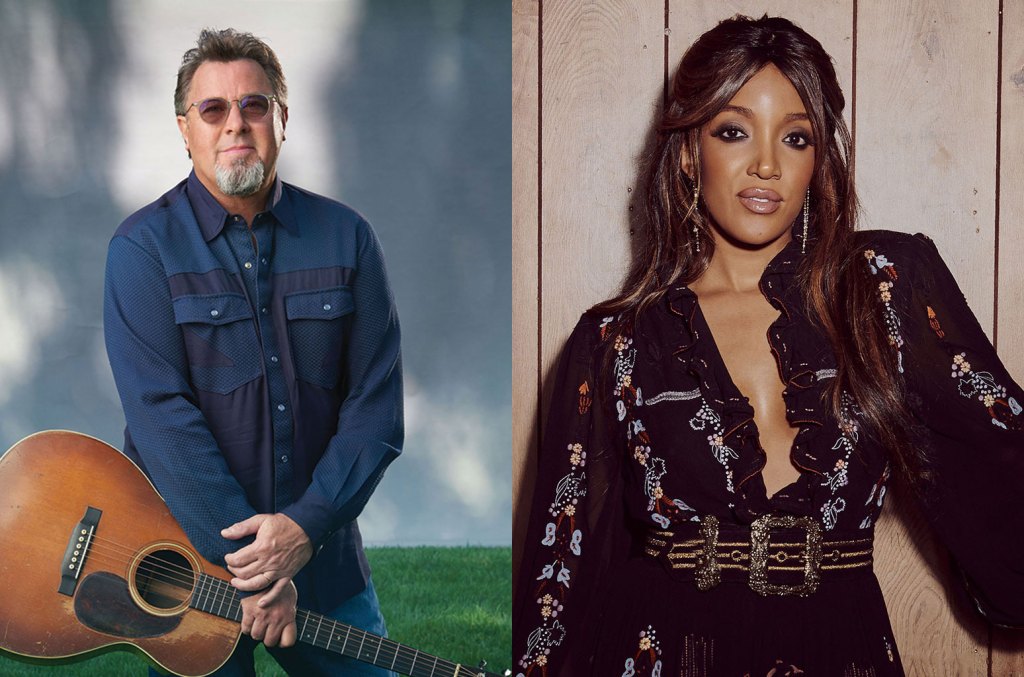 Vince Gill and Mickey Guyton have teamed up to record “Love Changes Everything” for American Underdog: The Kurt Warner Story.

Starring Zachary Levi, Anna Paquin and Dennis Quaid, the Lionsgate release will have sneak showings on Friday, Dec. 17 and Saturday, Dec. 18 before its wide theatrical release on Christmas Day.

The film, directed by the Erwin Brothers (John and Andrew), chronicles Warner’s unlikely path to the Pro Football Hall of Fame and his love story with his wife Brenda, who was a single mom with two kids when they met and fell in love. Levi portrays the Super Bowl-winning quarterback Warner and Paquin plays Brenda. Quaid portrays legendary coach Dick Vermeil.

“I remember the first time I heard Mickey sing at an industry event,” Gill tells Billboard. “I went and introduced myself and told her that someday we’d sing together because I really loved her voice. Finally, that has come true. This great Tom Douglas song is better because of her being a part of it. I look forward to seeing this movie because I’m a big sports nut and I think a lot of Kurt.”

Guyton was equally happy to have an opportunity to duet with Gill on the single. “I’ve always been such a big fan of Vince’s,” she tells Billboard. “Beyond his incredible voice and musicianship, no one has a bigger heart for giving back to the community and lifting people up like Vince. For him to ask me to be on ‘Love Changes Everything’ and to get to work with him on such a beautiful song was just so special.”

Produced by Robert Deaton, the evocative ballad, which is officially out tomorrow, was written by hit Nashville tunesmiths Douglas and J.T. Harding. There are no plans to work it to radio.

“When I saw the movie for the first time, I knew that this had to be a special song,” Deaton says. “It could not be a love song in the traditional sense in that the Warner’s story is so much more than that. What I could not stop thinking about was how if Kurt and Brenda had not met each other then I truly believe their lives and that of Brenda’s son Zachary would have been totally different. It’s beyond football. For me it was the story of three people that by destiny their lives were changed. Kurt’s love for Brenda and her son is what for me was the catalyst for Kurt to never give up. In the truest sense love did change everything.”

Deaton had Gill in mind from the start and realized after they tracked the song, it needed a female voice. “After all, it’s just as much Brenda’s story as Kurt’s,” he says. “I had just worked with Mickey Guyton on a television special and I loved her voice so much, but I also loved her as a person. So, I asked her to be on the track and I am so lucky she said yes. I hope the song can connect to other people and relate to them in their own life and realize that love changes everything.”

American Underdog was produced by Kingdom Story Productions, Erwin Brothers Entertainment and City on a Hill Productions. The film was written by Jon Erwin, David Aaron Cohen and Jon Gunn. John Debney composed the score for the film with additional music by Jeremy Redmon. The soundtrack will be released on Dec. 24 on Lakeshore Records.