Ukrainian nuclear officials are in contact with staff at Zaporizhzhia reactor, IAEA says 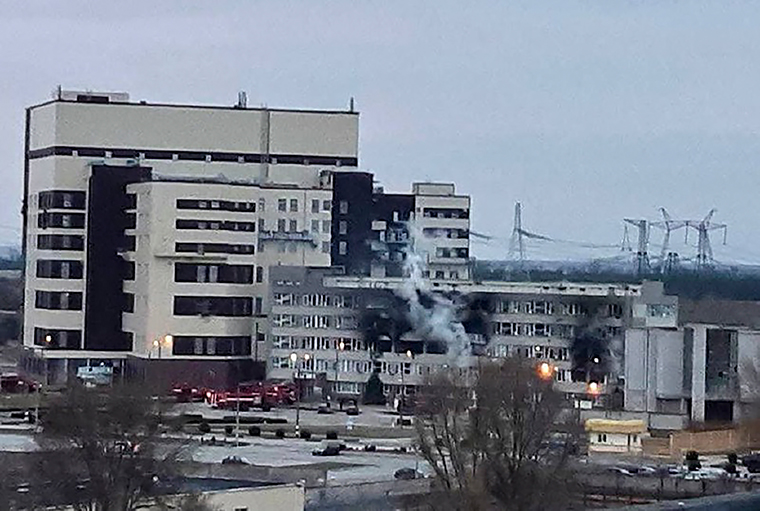 Vadym Boichenko, the mayor of the southern Ukrainian city of Mariupol, has painted a grim picture of life in the city.

“The situation is very complicated,” Boichenko said in an interview on a YouTube channel Saturday. “The Russian army has already put up a blockade on the humanitarian corridor. We have a lot of social problems, which all the Russians have created.”

Boichenko said the city, which has a population of nearly 400,000, has been without power for five days. “All our thermal substations rely on this power supply, so accordingly, we are without heat,” he said.

Boichenko said there are no mobile networks, and “since the attack on Mariupol, we lost our reserve water supply, and so we are totally without water now. “

“[The Russian army] is working to besiege the city and set up a blockade,” he said. “They want to cut us off from the humanitarian corridor, shutting down the delivery of essential goods, medical supplies, even baby food. Their goal is to choke the city and place it under an unbearable stress.”

Boichenko said the “wounded and dead over these past five days number in the dozens. By the eighth day, there were hundreds. Now, we are already talking about thousands.

“These figures are only going to get worse,” Boichenko said. “But this is the sixth straight day of airstrikes and we are not able to get out to recover the dead.

“They say they want to save Ukrainians from being killed by the Ukrainian [state] but they are the ones doing the killing,” Boichenko said. “Listen, our brave doctors have been saving lives here now for 10 straight days. They live and sleep at our hospitals with their families.”

Boichenko talked about the humanitarian corridor, which had been cancelled Saturday.

“We had 50 buses full of fuel, and we were just waiting for a ceasefire and for the roads to open so we can get people out of here,” he said. “But now we are down to just 30 buses. We hid those buses in another location, away from the shelling, and lost another 10 there. So we are down to 20.

“So, when this humanitarian corridor finally opens to us tomorrow or whenever, we may not have any buses left to evacuate the people.”

Boichenko said saving the city was out of the question. “The only task now is to open up the humanitarian corridor to Mariupol at any cost.

“All these talks are lies,” he said. “All this is being done, I will repeat for the thousandth time, to destroy us as a nation.”

Boichenko insisted morale in Mariupol was strong but they are “just hanging on.”

“We are holding out hope that maybe tomorrow at the crack of dawn, perhaps a tiny dewdrop of love will splash down on the people of this city,” he said.

“The city of Mariupol has ceased to exist,” Boichenko told the YouTube interviewer, “at least the city that you once saw.”