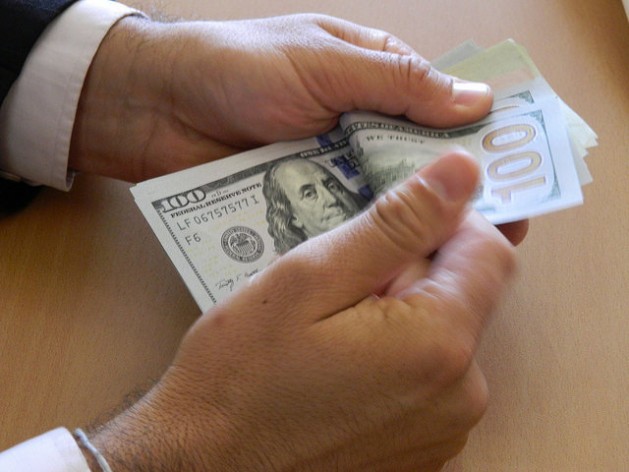 WASHINGTON DC, Mar 25 (IPS) – The world has quickly transitioned from a global health crisis to a geopolitical one, as the war in Ukraine rages into its second month. But the Russian invasion of Ukraine is just the latest in a long list of challenges that at their heart are either caused by or exacerbated by corruption.

Just this year, think of the protests in Sudan, the coup in Burkina Faso, the nationwide demonstrations in Kazakhstan, or the Portuguese elections, for example- all driven, one way or another, by graft.

Now- countries including the US and Europe– are coming together to freeze the assets of Russian oligarchs, but this is not just about Putin’s kleptocracy. As world leaders meet at the G20 next week, it is imperative that they step-up further to fight corruption both at home and abroad.

The Civil-20 (C20), which engages the G20 on behalf of civil society, has been calling for increased accountability from world leaders on critical anti-corruption issues for a long time. The war in Ukraine has only reinforced the need for a focus on the priorities identified by the C20 this year.

First, combating money laundering and the recovery of stolen assets. There are numerous studies that indicate that as much as 85% of Russia’s GDP is laundered into countries including the UK and the US.

There are networks of enablers in Western countries that facilitate this process- from accountants, to lawyers to real estate agents (known as Designated Non-Financial Business and Professions (DNFBPs).

But according to the data collected by Accountability Lab for the G20 Anti-Corruption Commitments Tracker, not all G20 member countries are compliant with FATF recommendations on DNFBP due diligence.

Similarly, others do not have effective frameworks to disclose information on recovered assets. Recognizing the increased risks to anti-money laundering and asset recovery efforts from such omissions, the C20 has called for verified beneficial ownership data through public registers; and the assessment of the effectiveness of measures adopted by the G20 member countries including sanctions for non-compliance.

Second, countering corruption in the energy transition. The G20 Indonesian Presidency has included a sustainable energy transition as a priority issue for 2022. More and more countries, especially in Europe, are cutting ties with Russian energy supplies, which will lead to a more rapid shift of resources towards renewables- but the potential in this for corruption is huge.

Certain countries and energy companies have a variety of incentives to maintain the status quo in corrupt ways; while the supply chains for raw materials for renewable energy are also wide-open for illicit activities. G20 countries urgently need to better understand the level and types of corruption in renewables; and commit to providing transparent data around licensing contracts and budgets.

In this, grassroots civil society groups can be valuable allies by filling information gaps and closing feedback loops in communities affected by renewable energy related projects.

Third, the transparency and integrity of corporations. The recent sanctions against Russian oligarchs have renewed focus on corporate governance and how corporate compliance on issues like foreign bribery, corruption and conflict of interests- including in state owned enterprises and public private partnerships (PPP)- are effectively enforced.

For instance, the Foreign Corrupt Practices Act (FCPA) focuses on anti-bribery and internal controls- and is likely to be further enforced, particularly in countries with close ties to Russia.

But beyond this, G20 member countries must also live up to past commitments to strengthen transparency and integrity in business by criminalizing private sector bribery; enacting whistleblower policies in the private sector; and ensuring accounting and auditing standards to prohibit off-the-book accounts.

While G20 countries have made progress within their national borders, there are often lax laws in offshore tax havens that are under their jurisdictions. Equally, beneficial ownership data should not just be open (to regulators and enforcement agencies), it should be public. Citizens and civil society everywhere should be able to monitor conflicts of interest or relationships between policymakers and corporations, free of charge.

These reforms are past due. At the same time, successful initiatives like Opentender.net in Indonesia show how civil society can partner with governments to ensure citizen led oversight and the transparency of public procurement.

The Russia-Ukraine crisis is a stark reminder of how corruption issues must be central to any discussion about the causes and solutions to geo-political problems. The C20 has already outlined for G20 leaders how to address these issues- they now have the responsibility to implement these reforms.

Even in peace-time, the economic and human costs of corruption are massive. With the bloody war in Ukraine dragging on, can the G20 still justify procrastination on the global anti-corruption agenda?

Blair Glencorse is Executive Director of the Accountability Lab and is the International Co-Chair of the Civil 20 Anti-Corruption Working Group in 2022.

Sanjeeta Pant is a Programs and Learning Manager at Accountability Lab and leads the G20 Anti-Corruption Commitments Tracker. Follow the Lab on Twitter @accountlab and the C20 @C20EG