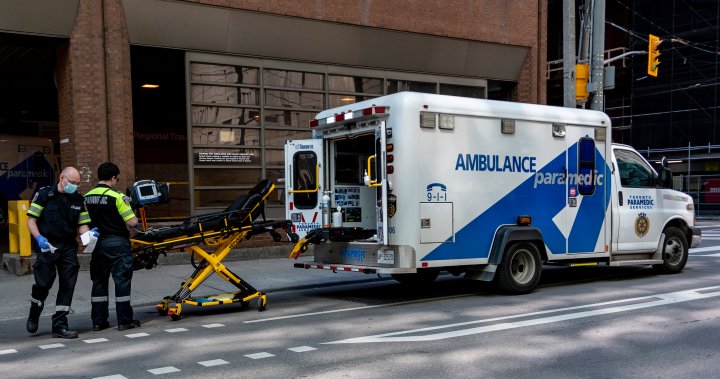 Toronto’s paramedics are working long hours, increasing staff burnout and turnover, and despite a recent instance of having no one available to answer an emergency call, Toronto city council will not be looking into the issue further.

On Jan. 18, the chair of the city’s paramedics’ union sounded the alarm, pointing to a moment where staffing levels dipped so low, there was no one available to respond to a life-threatening call.

#CodeRed No units available in the City at 18:38 hours tonight.

A paramedic speaking to Global News under the condition of anonymity over concerns for their job, said the issue is far more common than it is reported.

City councillor Kristyn Wong-Tam was pushing for an administrative inquiry to learn more on how often response times are beyond the urgency they require. But at council’s Wednesday meeting, councillors voted 11-14 in favour of skipping the committee process where a deeper examination would occur.

“This is important information that affects the health and well-being of all Torontonians,” said Wong-Tam, “and I felt city council had a responsibility to review it publicly and debate it publicly but they’ve chosen to kill it.”

Wong-Tam said they had heard directly from front-line workers who were too afraid to speak out publicly but were pleading for council to address long-standing issues that existed prior to the pandemic.

“I’ve spoken to a paramedic who said, ‘Councillor, I’m so tired I can’t get out of bed, but I know if I don’t do it there won’t be anyone else to do it,’” said Wong-Tam.

Wong-Tam is now accusing some of her fellow members of lacking the political will to address a serious issue of public safety.

“I really don’t want to be part of any type of administration of government that decides they want to cover it up to avoid a political scandal,” they said.

Chief Paul Raftis didn’t deny there were issues facing staff burnout during the pandemic and commended his staff for the efforts they have made to help keep the city safe. But the head of Toronto Paramedic Services said the issues were easing in recent days, after the worst of the Omicron wave abated.

“All large urban areas’ EMS systems do run into situations when ambulance availability is low,” said Raftis. “That is not uncommon and certainly it’s not uncommon right now.”

Chief Raftis pointed to a multi-year hiring plan, which will be adding about 200 new paramedics this year, as one of the ways the pressure will be eased. “Our first class of new recruits starts in five weeks,” he said.

The paramedic who spoke with Global News anonymously said the new blood will help, but it’s uncertain by how much. The service, they said, is in a constant game of catch-up following staff retirements or resignations.

In response to some of the criticism levelled by Wong-Tam, Mayor Tory’s spokesperson, Don Peat, said the mayor has shown “real leadership” on the issue.

“Under Mayor Tory’s leadership working with Chief Raftis, the City of Toronto is hiring more paramedics every year due to a multi-year hiring plan he led Council in approving,” said Peat in an email to Global News.