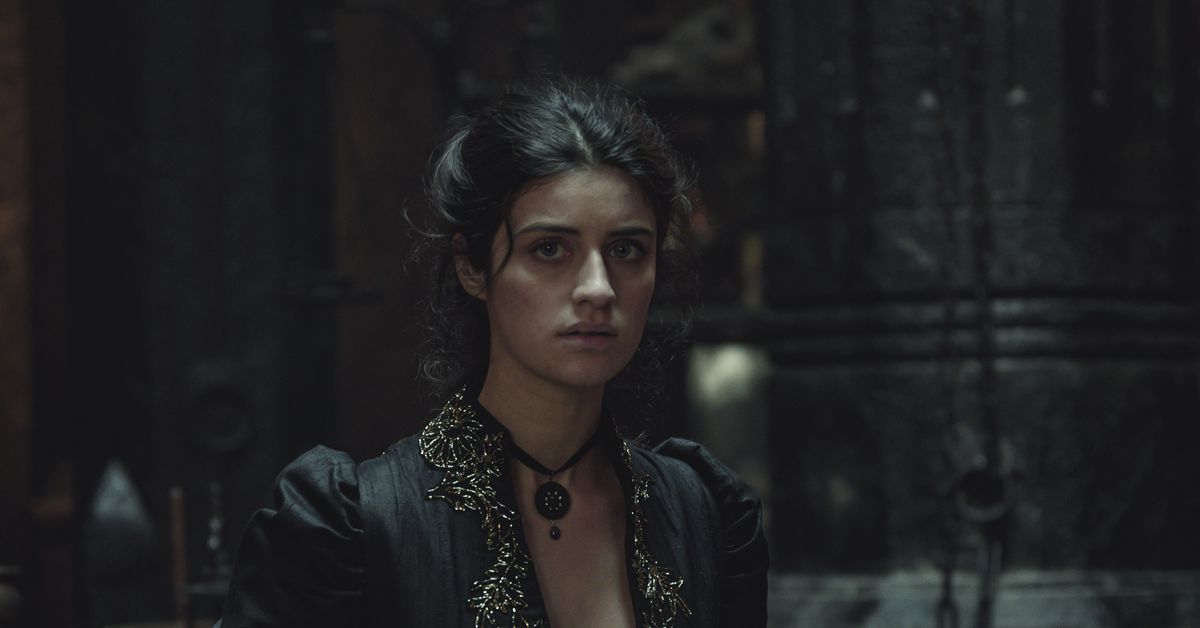 [Ed. note: Spoilers ahead for The Witcher Netflix series and the novel The Blood of Elves]

The Witcher season 1 spent a great deal of time talking about the power of destiny, with Geralt and Ciri finding each other against all odds in the woods near Sodden where neither was supposed to be. Whether you’ve read the books or not, it seemed apparent that the series’ other main character, Yennefer, was also fated to meet Ciri — and in the second season they finally do, at the Temple of Melitele. Geralt has taken Ciri there to supposedly receive an education from Mother Nenneke in how to control the dangerous power she possesses. But that’s where the similarities between the adaptation and author Andrzej Sapkowski’s source material end.

The Netflix show immediately puts them at odds, with Yennefer appearing there by coincidence but secretly intending to take Ciri as a sacrifice to Voleth Meir in hopes of regaining her lost magic. It’s a big departure (both the lost magic subplot and Voleth Meir were created exclusively for the show) and it sacrifices a maternal relationship for an antagonistic one.

The Blood of Elves, the third Witcher book (and the first novel, following the two short story collections, The Last Wish and The Sword of Destiny) is largely about Geralt’s struggles in parenting. After finding Ciri in the short story, “Something More” from The Sword of Destiny, he takes her to Kaer Morhen and trains her as a Witcher. It’s not part of a grand logistical plan — that’s all he knows to do with a child. As it becomes clear that she needs more than swordsmanship, he invites the sorceress Triss Merigold to help with her magical abilities, but she too finds herself not entirely capable of tutoring Ciri. Then it’s off to the Temple of Melitele and Mother Nenneke, a priestess and herbalist. Throughout the story, Geralt realizes Ciri cannot simply slot into the role he was given as a child, and starts turning to every woman he can think of in the hopes one of them can figure out what she should be doing.

In the show, most of these events still happen, but with a twist: Geralt’s motivations are altered, painting him as a more highly capable father figure where the books portray him a little ignorant and bumbling, something he has to grow beyond.

Ultimately, that failure on Geralt’s part is what makes Yennefer’s first meeting with Ciri so meaningful in Blood of Elves. While the Netflix show has Yennefer hunting down Ciri, in Blood of Elves she’s invited to the Temple by Triss and Geralt. And after so many failed attempts to lead Ciri down one well trodden path after another, it’s Yennefer — a powerful and independent trailblazer in her own right — who finally connects with Ciri and helps her control her power. The book doesn’t climax with an epic battle, but rather with a child being seen and understood by an adult. Yen doesn’t talk down to Ciri and, at last, Ciri is able to see there’s a way for her to take control over who she is.

But in season 2, the moment they meet barely belongs to them. Instead it’s more about Geralt and Yennefer’s reunion, with the two exes stumbling through their first reunion in years. While this season gave Geralt and Ciri their moment of connection, Yennefer must share hers. When their defining moments aren’t shared with Geralt then they’re tied to the machinations of unseen villains or the influence of magic and destiny.

Framing the long-awaited Ciri-Yennefer meeting around action scenes, rather than two women quietly bonding over their shared difficulty in conforming to society, is frustrating. Despite the best efforts of actresses Anya Chalotra and Freya Allan to imbue the set pieces they’re inexplicably thrown into with some depth, they’re given so little to work with that it’s difficult to believe in their bond. Scenes like the one where Ciri must use her power to get them across a river, feel forced and ultimately show no bond between them. While Yennefer offers guidance it’s only when Ciri refuses to stop despite Yennefer’s protests that they are transported to the other side. In terms of the plot, Yen gets to see Ciri’s power, but it does little for their characters who have exchanged next to nothing. The emphasis is on the problem of crossing a river and Ciri’s powers, not on what these two women might find reflected in each other.

And so the changes leave both of them a little wayward: Already living with the trauma of one would-be kidnapper, barely able to sleep thanks to nightmares of being taken from Cintra by the Nilfgaardian general Cahir, how can Ciri so easily learn to trust Yennefer when she’s reopened that wound? It’s not something Ciri (or the audience) really gets to consider for long; they’re pulled along by plot and motives change as easily as Geralt suddenly appears to chop something’s head off.

While there’s always room for a new take on a character like Yen, it makes a powerful, independent woman desperate and pleading for forgiveness, exuding none of the control or confidence we got from her in the books. As she explains to Geralt how Ciri made her turn over a new leaf and see there’s more to life than accumulating power, it’s trite. Nothing we’ve seen communicates much of that feeling; they’ve barely had more than an episode together, and having the episode saying it aloud doesn’t simply make it so.

These changes feel like a misunderstanding of what the books let Yennefer be. The first season gave us a tragic backstory of sorts that, while hinted at in the books, was wisely left to implication. But I never needed to see Yennefer suffer to justify the way she carries herself. Yennefer of the books was an unapologetic bitch. She carved out her independence in a world of men who wanted to use her or ignore her. She refused to fall in line with the girlboss sorceresses, who only wished to take the place of men in their society. So when Ciri, having been lead down the paths set by those people, meets Yennefer who stands apart from them, it feels like a chance for the sorceress to give Ciri the guidance she wished she’d been given when she was a child.

While in the first season Yen’s characterization seems somewhat tempered by these impulses, in the second they’re pretty much gone — and without it, her connection to Ciri is reduced to a slightly patronizing motherly impulse. This Yennefer doesn’t feel like a role model for the Lion Cub of Cintra, offering no encouragement to live according to her own identity, which sets the foundation for who Ciri will become in The Witcher universe.

In season 3 perhaps the show will breathe more life into this drastic change, but with only two episodes and a plot desperate to move rapidly onwards, this alteration falls flat. If only it had given them as many scenes to bond as Geralt got with his horse.