The Stranger Things cast lists the movies that shaped season 4 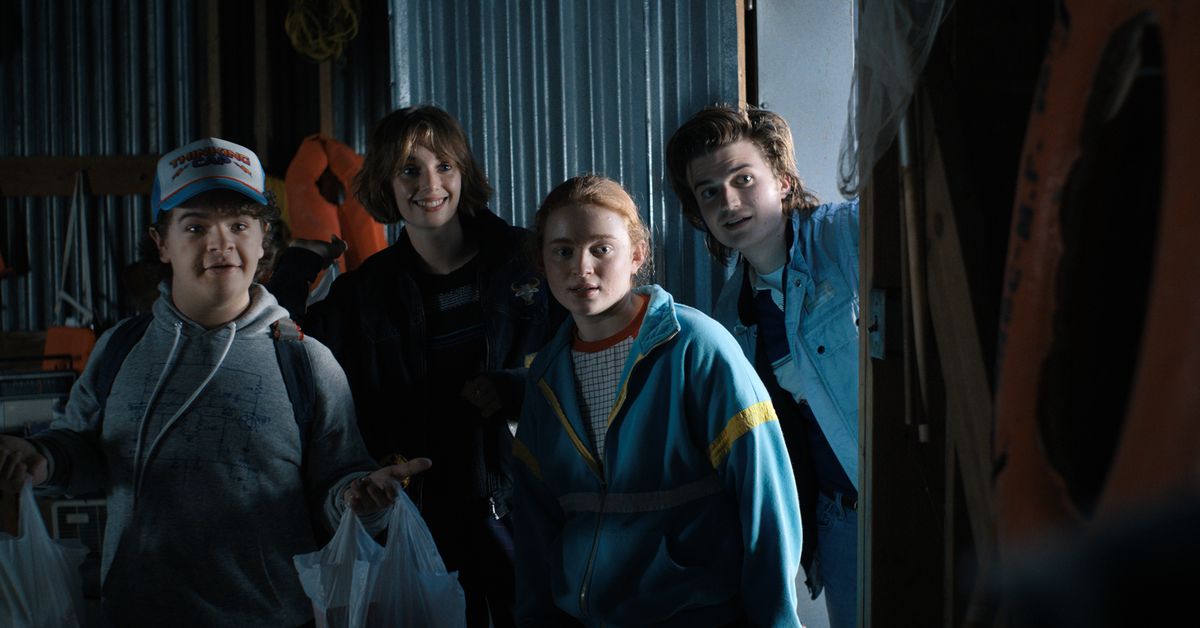 Nostalgia is baked into every level of Stranger Things. In the first season, it was impossible to not notice how each group — the kids, the teens, and the adults — were all trapped in a different 1980s horror plot only for all three strands to merge into one climactic battle.

Since then, creators Matt and Ross Duffer have worn their influences on their sleeves. But the cast of Stranger Things says the twin creators have also started to write to their own strengths.

“We never really got assigned any homework, because I think at this point the Duffers know us super well,” Finn Wolfhard said in a roundtable with the Stranger Things cast. “I think they’d have to throw us a gigantic curveball in order for us to do some different stuff.”

That said, the cast cited some influences on season 4. Speaking with Polygon at a press junket ahead of Stranger Things 4, they laid out the movies the Duffer brothers discussed with the cast as they were crafting the fourth season.

A Nightmare on Elm Street

Perhaps the most obvious of the horror films referenced, Wes Craven’s 1984 classic was “definitely discussed,” per Natalia Dyer, who plays Nancy on Stranger Things.

“They love the genre and all these stories that they draw from,” Dyer said. “I think the brothers are pretty open with their references and their ideas.”

The exact nature of the reference is best left to be seen; suffice it to say the show indulges its horror roots by the end of the first episode. But the clearest connection isn’t a secret: Robert Englund, the original Freddy Krueger from A Nightmare on Elm Street, plays Victor Creel, “a disturbed and intimidating man who is imprisoned in a psychiatric hospital for a gruesome murder in the 1950s.”

The Duffer brothers have often talked about how much of an inspiration Carrie was for them when it came to Eleven.

This season, however, the Duffers play with this idea a little more than usual, almost giving us a reverse Carrie story. Rather than a bullied girl who discovers her powers, Eleven starts the season as a bullied girl who’s just lost the powers that used to protect her.

Elsewhere in the world of Stranger Things 4, Joyce (Winona Ryder) and Murray (Brett Gelman) are trekking behind the Iron Curtain to rescue Chief of Police Jim Hopper. That plot line produces some adventure-movie action that departs from Stranger Things’ horror influences.

“A lot of it feels very like Indiana Jones to me,” Gelman told Polygon during a virtual set visit last year, describing his character’s upcoming arc. “The way that it’s constantly balancing the tension of the adventure with humor.”

The Empire Strikes Back

While season 3 of Stranger Things began with a noticeably more upbeat shift in tone from that of season 2, Stranger Things 4 promises to go darker than the series has ever gone before. Coming off the end of season 3, with the (presumed) death of loved ones and adversaries alike, the Duffer brothers turned to one of most popular sci-fi movie sequels for inspiration.

While this wasn’t a clear point of reference for the Duffers — it was produced relatively concurrently with the production of season 4 — the shared casting of Sadie Sink (Max in Stranger Things and Ziggy in 1978) at the very least helped the actress get into the headspace for the new season. Especially considering Max gets put through the wringer, emotionally and physically, in Stranger Things 4.

“I think the physicality of Fear Street really helped — just getting comfortable with a lot of stunt work and stuff in that realm,” Sink said.

While Jonathan (Charlie Heaton) and his new friend Argyle (Eduardo Franco) are no more immune to the terrors of Stranger Things 4 than their comrades, it’s clear that the two are more interested in taking it easy wherever possible — namely by getting high. The two inject some lighthearted stoner comedy into the otherwise dark horror.

Heaton and Franco said the Duffers cited Fast Times at Ridgemont High as an influence on the characters’ arc this season. But neither of them had seen it. Instead, they pulled from more from the cultural sense of stoners over the years.

“We didn’t sit down and be like, ‘Yo, let’s watch this and, like, try and copy this.’ But I think culturally, you were aware of those movies,” Heaton said. For him, that meant pulling from more than just the ’80s stoner canon and including things like Pineapple Express and Seth Rogen films more broadly. With that, Heaton and Franco would find their dynamic, noting that “what we’d find funny on the day” tended to influence their performance.

This is perhaps the most specific example offered up by the Stranger Things cast. Wolfhard noted that while they weren’t hard-assigned to watch anything specific, the Duffers did play a specific scene from Alejandro González Iñárritu’s first film, Amores Perros.

“There’s a scene in the car [in episode 5] where we’re all together and it’s very tense. And the Duffer brothers really wanted me to watch this movie by Iñárritu,” Wolfhard said. “There’s a scene […] that’s very similar to the [Agent] Harmon scene in the back of the truck. […] It’s really chaotic and there’s blood — and apparently they drew a lot of inspiration from the movie.”

Part 1 of Stranger Things 4 drops on Netflix on May 27.