The Lord of the Rings at 20: The biggest stories behind the trilogy 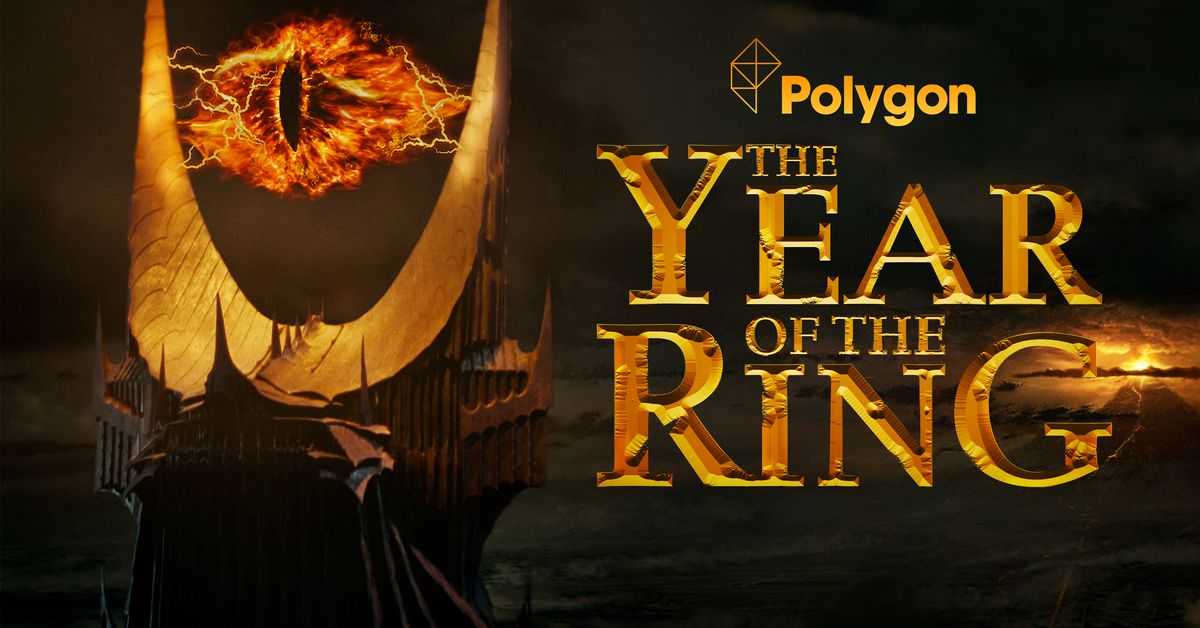 The Lord of the Rings: The Fellowship of the Ring debuted around the world on Dec. 19, 2001. And over the last 20 years, the trilogy, adapted from J.R.R. Tolkien’s sprawling work by Peter Jackson, Fran Walsh, Philippa Boyens, has held the attention of our collective cultural consciousness. With so much that could have gone wrong, so much about the films went right, making them perfect subject for a year-long deep dive. There’s no one way to talk about The Lord of the Rings movies, and in celebrating The Fellowship of the Ring’s anniversary, the Polygon staff dared not try. Instead, we set out to tell a story a week, sizing up the fantasy triptych from every angle.

Spearheaded by Polygon’s resident Tolkien expert Susana Polo, “Year of the Ring” is a collection of stories meant to enhance the viewing experience — even more so than the Extended Edition special features. There are behind-the-scene stories, critical reconsiderations, and answers to questions that have continued to burn like Sauron’s eye for the last two decades. Below, find the near-complete journey (and watch out for two more stories at the end of December).

It is a quirk of history that we didn’t lose J.R.R. Tolkien to a global flu pandemic. In the plague year of 1918, the author was 26, with a recurring illness keeping him in and out of the exact place the virus was at its hottest: army hospitals. He was an orphan married to another orphan, father to an infant son born in, as he would write in 1941, “the starvation-year of 1917 […] when the end of the war seemed as far off as it does now.”

Tolkien didn’t catch influenza. He lived to see the Great Depression and a second devastating global war before he put the final touches on The Lord of the Rings, a sword and sorcery epic where hard-fought victories turn on the smallest choices. The story’s thousands of pages endured in the minds of readers for half a century before Philippa Boyens, Peter Jackson, and Fran Walsh’s painstakingly adapted smash-hit film trilogy brought it to moviegoers.

The popular subreddit “Am I the Asshole?” is, as mods put it, “a catharsis for the frustrated moral philosopher in all of us, and a place to finally find out if you were wrong in an argument that’s been bothering you.” Unfortunately, the community strictly bans any posts involving walking out on loved ones. So, without a better place to post it, Polygon has allowed one anonymous user to publish their AITA here on the site. Judge accordingly.

Then there are Lord of the Rings movie fans, who may know nothing of the character, as Philippa Boyens, Peter Jackson, and Fran Walsh couldn’t find room for him in their three-picture adaptation — even in the Extended Editions. Anyone who hasn’t read the books has likely encountered Bombadil Discourse, but may never fully understand how one character can inspire such strong emotions.

I have an answer for movie fans. An answer that might even turn some Bombadil skeptics into Bombadil boosters.

It’s in this spirit that we take a microscope to one particular sequence I’ve obsessed over since I was an impressionable Hobbit-lad in 2003, bursting with anticipation in my theater seat as The Return of the King unfolded before me. The parting of Sam and Frodo, where the bond between our two lovable leads shatters due to irreconcilable differences (assisted by a third-wheeling Gollum), best represents the singular dichotomy at the heart of these cherished adaptations. Again and again, bold swings of blockbuster filmmaking crash against Jackson’s B-movie storytelling quirks.

Of all the tasks before Peter Jackson, Fran Walsh and Philippa Boyens in bringing the epic trilogy to the screen, preserving that essence may have been the most challenging. But the adaptation worked because the trio didn’t stop at translating Tolkien’s concepts; they also took his prose word for word. Even scenes that were cut for time made it into the final cut through dialogue. These little Easter eggs reward readers, but never leave behind those coming to the story fresh.

Vicious foot-soldiers of the Dark Lord Sauron, the orcs’ description by author J.R.R. Tolkien as being “squat, broad, flat-nosed, sallow-skinned, with wide mouths and slant eyes” hasn’t necessarily aged like a fine wine, leading many to question whether they were an inherently racist creation. (The current answer is more complex.) And while director Peter Jackson can’t necessarily escape that cringey context, he does his best to render these creatures (and their “thicc with two C’s” brethren the Uruk-hai) into gloriously old-fashioned movie monsters, as indebted to his earlier horror-comedy splatter films as they are to the Ray Harryhausen sword-and-sandal flicks and George Miller’s feral Mad Max villains.

Hollywood careers are like icebergs, and the movies you actually see are just the tip breaking through the surface.

One of the great painful truths of working inside the system is that filmmakers can build entire careers out of developing material and selling work without having anything to show the ticket-buying public. It’s why so many films get announced then never happen. For directors, it’s a numbers game. Staying afloat means developing 10 things and praying to god at least one of them actually gets made.

Even films that eventually get made can go through several incarnations before that happens. In the case of the Lord of the Rings trilogy, it’s amazing how many moving parts there were in the process that eventually resulted in Peter Jackson’s three films — which were nearly a two-movie project. I may be one of the few people outside of Jackson’s production company, WingNut Films, to have ever read that version of the project, which would have compacted the action told in 558 minutes into two-thirds of that runtime. This story, of how Fellowship of the Ring, The Two Towers, and Return of the King came to be the films that we know, is the movie business in a nutshell.

The lack of an origin story didn’t stop audiences from falling in love with Ian McKellen’s Gandalf, who studied Tolkien himself in perfecting his award-winning performance, fixing himself in the hearts of millions of fans. Gandalf, the wise, mercurial, mysterious, and occasionally terrifying wizard is arguably more the face of the Lord of the Rings franchise than Frodo, its hero, or Aragorn, its long-lost king.

The real power of McKellen’s performance is that you believe wholeheartedly in Gandalf. But his role in the movies is still full of ambiguity. Is he, like, human, or what? What happened when he died? What’s the difference between Grey and White? What can wizards do, anyway? And who appointed Saruman president of wizards?

If you run a deliciously pedantic Lord of the Rings-themed Twitter account that tweets the events of J.R.R. Tolkien’s fantasy saga on the calendar dates on which they occurred — like I do — you will realize that an enormous chunk of the story takes place in the month of March. The Battle of Helm’s Deep? Began around midnight on March 3. That’s canon.

The beginning of the year is an exciting time for Rings fans. You see, on Feb. 26, the Fellowship splits. On March 25, Gollum falls into the magma of Mount Doom, and the One Ring is destroyed. It’s a very busy month, and running a pedantic Lord of the Rings-themed Twitter account through the March-to-March cycle has been a part of my life for enough years now that it’s familiar, even anticipatory.

I’ve got a lot of opinions about media that other fans of it might find controversial. I love Rogue One and The Last Jedi. I can’t stand Damian Wayne. I think The Silmarillion is more readable than The Hobbit.

But if there’s one controversial opinion the most likely to elicit a shocked gasp and an immediate accusation of being no real fan at all, it’s this one: I prefer the theatrical versions of The Lord of the Rings to the Extended Editions in the deluxe boxed set.

Growing up, I wanted no part of my dad’s love of fantasy books. He was always trying to get the family to watch the Rankin/Bass version of The Hobbit, which frightened me more than it interested me. I never understood what he loved about wizards, or J.R.R Tolkien. It wasn’t until after he died that I discovered my own love of fantasy through The Lord of the Rings movies and online fandom.

The half-capacity audience couldn’t stop applauding during a recent screening of The Lord of the Rings: The Fellowship of the Ring in Austin, Texas. The lights went down in the theater. Applause. The title card appeared. Applause. Sam took the farthest step he’s ever been from home. Some giggles and a couple of knowing claps from the crowd’s more online members.

Should I really be surprised that, in 2021, folks are ecstatic to be watching movies together again? Of course not. Movie theaters are therapeutic. For a couple of hours, we can sit in a dark and air-conditioned room, have a beer or a decaf coffee, and share a communal experience without having to actually do the anxiety-inducing labor of chatting with strangers.

As Sauron’s vast orc army faces off against a shaky coalition of human nations in the most consequential battle of the entire Lord of the Rings film trilogy, Lord Denethor II burrows himself deep within the burial grounds of the mountainside city of Minas Tirith. Portrayed chillingly by Fringe actor John Noble, the ruler of the declining and king-less nation of Gondor abdicates his role mid-conflict and prepares both he and his definitely-not-dead son for self immolation.

“Better to burn sooner than late, for burn we must,” he mutters. In the book, his dialogue expands the vision behind this rhetoric: “Soon all shall be burned. The West has failed. It shall all go up in a great fire, and all shall be ended.” In the film and in the book, he encourages Pippin to piss off and die in whatever way seems best to him.

From the day he leaves the Shire to the moment the Ring is cast into Mount Doom, Frodo Baggins does not change his outfit in the Lord of the Rings movies. And yet, between 2001 and 2005, Toy Biz managed to produce 13 clearly distinct and movie accurate Frodo figurines. 13 different Frodo action figures is a lot of Frodos. Arguably, too many Frodos to have in one toy line based on one movie trilogy.

But that was very much the point. Those 13 Frodos redefined the action figure just in time for a new crop of toyetic blockbusters to dominate the minds of collectors and kids alike. That’s right: Lord of the Rings toys even taught Star Wars a thing or two about action figures.