Teresa Palmer Has Been Breastfeeding For Eight Years Straight 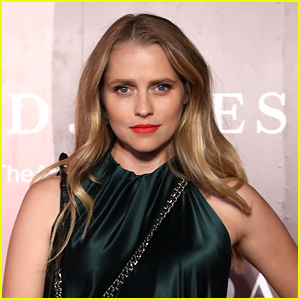 The 35-year-old pregnant Discovery of Witches star opened in an Instagram post about her breastfeeding journey, which began with her first child, Bodhi, who she shares with husband, Mark Webber.

Teresa shared images and video from all of her breastfeeding journeys in the post.

“Today is day 2728 of breastfeeding straight,” Teresa wrote. “I have nursed since Feb 17th 2014 when my first son was born. I nursed him into toddlerhood through the pregnancy of my 2nd son, embarked on a tandem nursing journey for a year. I then continued nursing my 2nd son through the pregnancy of my daughter, in to my second tandem nursing journey.”

She adds that she’s “now still nursing my daughter through this pregnancy and will jump in to my third tandem nursing experience in a matter of weeks.”

Teresa also has another son, Forest, 4, and daughter Poet, 2, with Mark.

“Some days it”;s a lot, I”;m utterly exhausted and just want my body back, other days I sit in a place of deep gratitude as I cherish and honour this experience with my babes,” she says. ⁣
⁣
Teresa goes on, writing that she was “privileged enough to have the choice to breastfeed, not everyone is afforded that. For some it comes easier than others. I know many many women who tried to nurse and couldn”;t without it affecting their mental health and well-being. Women should be celebrated for however they feed their babies, free from judgement.”

“Since I began my breastfeeding journey I”;ve had media outlets write their opinions on how I”;ve breastfed in public or nursed into toddlerhood or tandem fed. 2 years ago I copped verbal abuse inches from my face by a man and woman as I nursed my 6 week old daughter on a bench. If that had happened in those first wobbly weeks of being a new mum, trying to establish a latch with my son and finding my feet with parenting, that experience would have profoundly impacted me.⁣”

Teresa also hopes that “other women who are wanting to breastfed and have the opportunity to, can do so without fear of people judging them. It”;s incredible to think that these debates and harmful conversations are STILL going on. Let”;s hope we are moving towards change in this area. For anyone struggling with any of it, I see you and I can only hope that you have enough people in your orbit offering you unconditional encouragement.”

She and Mark announced they were expecting baby #4 together earlier this year.

The Love Story of St. Teresa of Avila