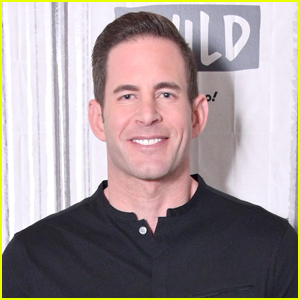 Tarek El Moussa is opening up about a diagnosis.

The 40-year-old HGTV star opened up in a recent episode of Flipping 101 about his health.

His fiancée, Heather Rae Young, revealed on Instagram that he was diagnosed with celiac disease.

“Tonight”;s new episode of Flipping 101 is a really important one, and not just cause you get to learn from the mistakes of the novice renovators but also because you”;ll get to learn about Tarek”;s diagnosis with celiac disease,” she wrote.

“Celiac disease was something Tarek had never even heard of (classic him 😆) and it”;s something that a lot of you might not know about. We knew something was making him extra inflamed and I was extra worried because as a lot of you might know, Tarek has had two types of cancers in the past and I wanted to be one step ahead of anything because obviously I want him to live forever and be as healthy as possible ❤️ so we started running a bunch of blood tests on him and finally our amazing doctor was able to diagnose him,” she continued.

In the clip, Tarek can be seen discussing the diagnosis with his doctor.

“;If you stay gluten-free, one, you”;ll feel better and two, the risk of cancer is much, much lower,”; Dr. Song says in the clip.

“;Gluten is in everything. What am I gonna eat?”; he asked.

“;I wasn”;t really expecting that news and it”;s just gonna be a really big change for me. But the good news is I know what”;s wrong and hopefully things will get better,” he later said in the episode.

Tarek has previously battled both testicular cancer and thyroid cancer. It was also revealed days before that he had a breakthrough case of COVID-19.