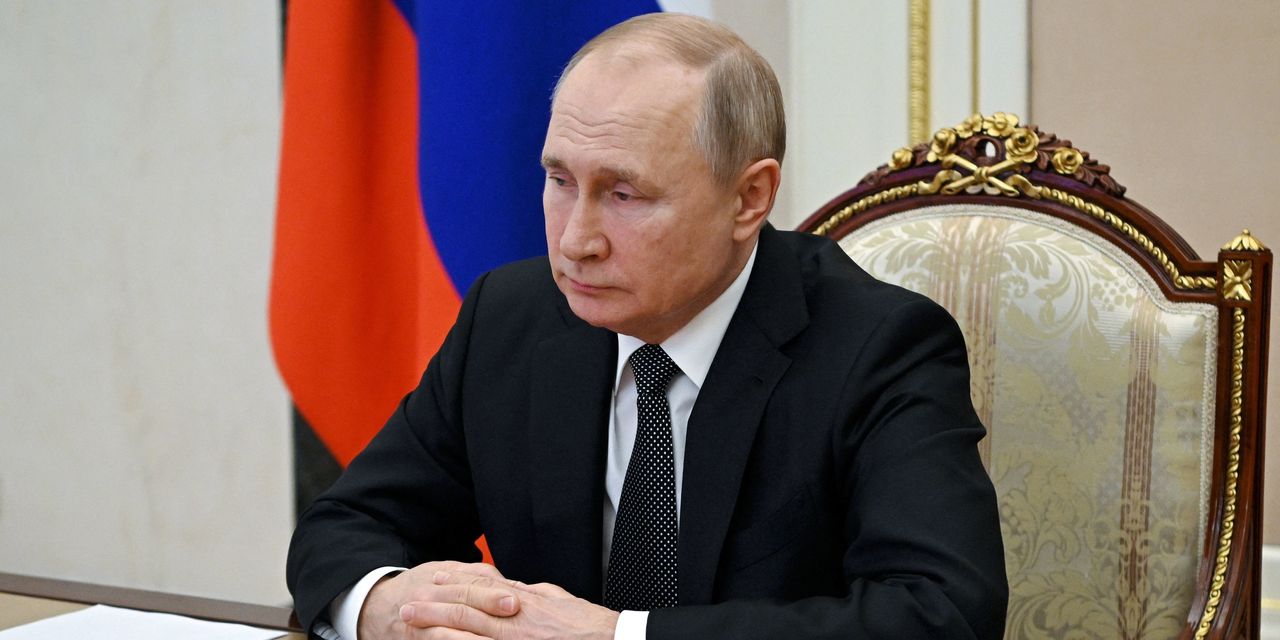 
The S&P 500 closed out Tuesday in correction territory, sinking on Russia’s decision to move troops into eastern Ukraine and the global sanctions imposed for the aggression.

The other major indexes didn’t fare any better. The

The losses reflected concern and uncertainly over the sanctions that the U.S. and other nations have imposed on Russia. The immediate fear for markets is that the sanctions would reduce the global oil supply and lift the price of the commodity.

On Tuesday, WTI crude oil gained 1.3% to just over $92 a barrel. While it’s up 23% for the year, oil is still below its multi-year high of $95.82, hit in mid-February. The price of natural rose 1.2%. But the prices of gas and oil came down from their highest levels of the day.

Overall, higher oil prices add to inflation that has already hit households. Consumer sentiment sank to its lowest level in a decade this month, potentially signaling that consumers may slow down their spending amidst higher prices.

This all comes as markets expect the Federal Reserve to lift interest rates more than four times within the next couple of years to stave off inflation. So even without the Russia conflict, markets are anticipating slowing economic growth, with the S&P 500 down almost 9% from its early January all-time high, including Tuesday’s move.

To be sure, some on Wall Street believe the Federal Reserve could ultimately move less quickly than currently expected in lifting interest rates if the geopolitical tensions stress economic activity. “There has been some speculation that Russia-driven economic weakness will lead to a less aggressive Fed,” wrote Dennis DeBusschere, founder of 22VResearch.

Still, that’s not the prevailing view right now, and the Fed is firm in its mission to lower inflation.

The S&P 500, at 4,305, is still above the 4,222 level it bottomed at in late January. At that level, buyers rushed in to swoop up beaten down stocks, sending the index higher. Whether the index finds support at that level or falls below it will say a lot about how investors feel abut the current economic outlook. “The 4,200 zone is an important support zone,” wrote Frank Cappelleri, chief market technician at Instinet.

The bad news: more downside for the market is still in the cards for the short-term. After having rebounded earlier in the day, stocks sold off in the final minutes of trading. That reflects that nervous traders and investors wanted to take profits on any gains, as uncertainty about Fed policy and the Russia situation poses a threat to economic growth.

“That’s not surprising that we’re getting that sell off into the close,” said Yung Yu Ma, chief investment strategist at BMO Capital Markets. “There’s a lot of uncertainty. Russia adding to that is very unwelcomed.”

Here are six stocks on the move Tuesday:

Shares in oil and natural-gas producers initially jumped — though they fell from their intraday highs — amid fears over the supply of both commodities.

(SPLK) stock added 1.3% even after getting downgraded to Market Perform from Market Outperform at JMP Securities.

Write to Jacob Sonenshine at jacob.sonenshine@barrons.com and Jack Denton at jack.denton@dowjones.com