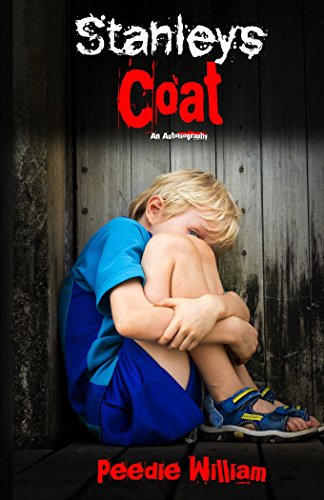 Peedie William was born in 1956 in Kirkwall on the Scottish Island of Orkney. Peedie lived through and beyond horrific child abuse. This book tells of his brutal beginnings when he is only four years old when his mother goes in to hospital to have baby number three. Peedie’s clothing was stripped off and he was hung upside down on a hook on the back of a cupboard door by the ankles, and beaten with his father’s huge hands, then taken down once he stopped screaming and then almost drowned in a bath of cold water. Even as he was held under the water thrashing about and fighting for his young life, he could hear his drunken father laughing at him. His abuse and ridicule follows him through his school years, and has a major impact on his mental health. The family grew until he had six siblings all living with him in a two bedroom cottage. Peedie was never acknowledged as a son by his violent drunken father. This is the true story of a childhood lost, and the struggles to overcome the mental anguish afflicted on him throughout his young life. This story will take the reader on a painful journey as Peedie moves with his siblings around Scotland, from house to house, and school to school, always just evading the authorities who could have helped him. Peedie eventually gets admitted to Sunnyside Royal Psychiatric Hospital when he was only fifteen years old where he has to endure barbaric electro convulsive therapy. This story leaves nothing to the readers imagination. There are some lighter moments throughout the book which will make the reader laugh, but his story will make you wonder how he survived to tell his story, and what can happen behind closed doors.