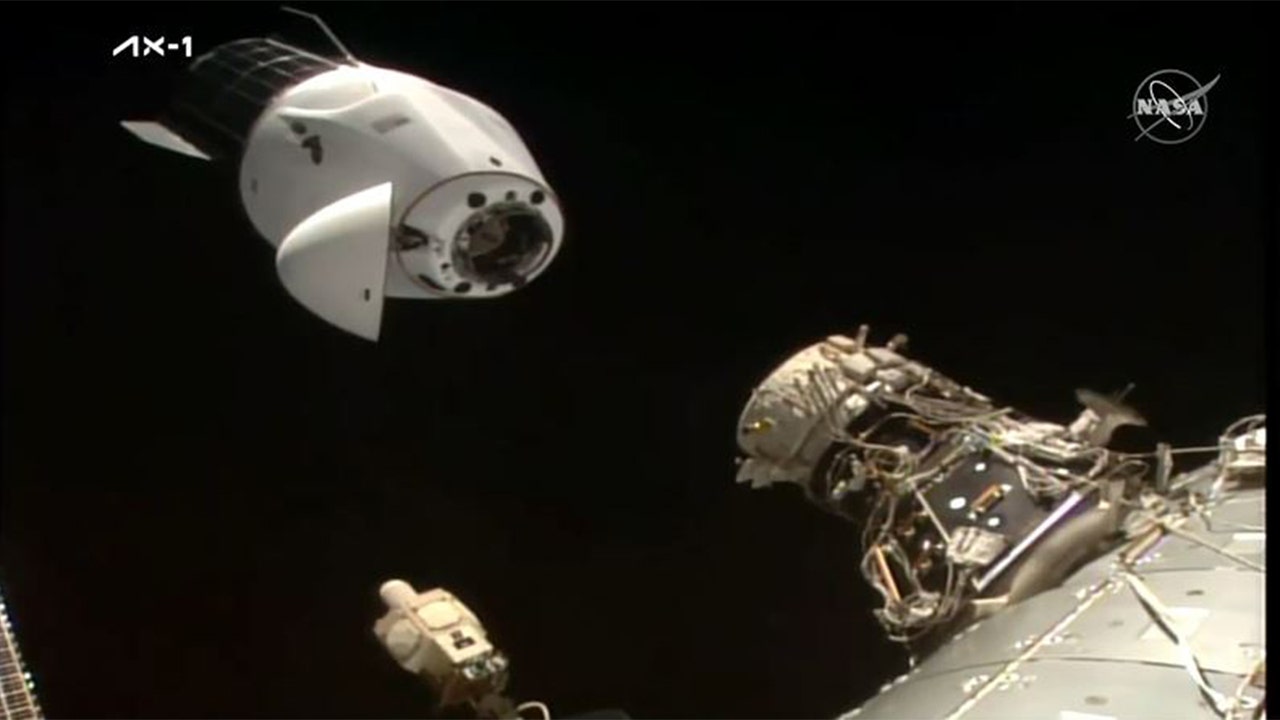 The Axiom 1 mission docks to the International Space Station

The success came after a minutes-long hold for the spaceflight due to a station video routing issue.

The Crew Dragon Endeavour was initially expected to dock at 7:45 a.m. ET, but it was held 20 meters away from the station as the station crew worked to troubleshoot the problem.

AXIOM SPACE TO LAUNCH FIRST-EVER PRIVATE MISSION TO ISS: ‘THE BEGINNING OF MANY BEGINNINGS’

NASA’s live broadcast said the crew could have remained parked in that position for about two hours.

The Dragon Endeavour hatch was previously anticipated to open at around 9:30 a.m. ET, with a welcome ceremony taking place shortly after.

Ax-1, the first mission with an entirely private crew to arrive at the orbiting laboratory, launched from NASA’s Kennedy Space Center in Florida at 11:17 a.m. ET Friday on a SpaceX Falcon 9 rocket.

The astronauts will take part in a multi-discipline science program, including a thunderstorm observation experiment first begun by Ilan Ramon, who died aboard shuttle Columbia in 2003.

“They’re not up there to paste their nose on the window,” Axiom’s co-founder and president, Michael Suffredini, a former NASA space station program manager, said in a statement.

GET FOX BUSINESS ON THE GO BY CLICKING HERE

NASA said the mission represents both “a culmination of NASA’s efforts to foster a commercial market in low-Earth orbit and a beginning of a new era of space exploration that enables more people to fly on more kinds of missions.”

Friday’s flight is the second private charter for SpaceX, which took a billionaire and his guests on a three-day orbit ride last year.

Axiom Space is targeting next year for its second private flight to the space station.

The Associated Press contributed to this report.