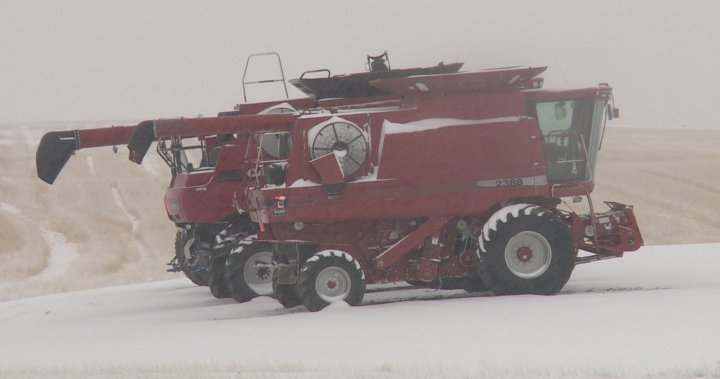 Following a dry and hot 2021, the agriculture industry in southern Alberta is hoping for more moisture ahead of growing season.

“When Mother Nature is cooperating it just makes our lives so much easier,” he said. “It removes the stress.

“With a lot of the frost already out of the ground, this is a very good thing to have happen.”

Kyle Fougere, a meteorologist with Environment and Climate Change Canada, said March is typically the snowiest month for southern Alberta.

However, over the last few months, precipitation hasn’t been quite up to standard.

“Calgary ended up with about 94 per cent of what they would typically have in a winter for precipitation,” Fougere said.

“In Lethbridge and Medicine Hat, (there was) around 77-78 per cent of what they would typically get in a winter period.”

Not only did summer of 2021 experience drought conditions, but McKee said four out of the last five years were too dry.

“But the three years prior to that we all definitely sub-standard all due to lack of moisture.”

He has opted for irrigation to assist with the dryness.

“Had we had normal rainfalls and decent yields year after year, maybe we wouldn’t have incurred the extra expense of the irrigation,” McKee admitted.

“Right now we’re installing two pivots right here at home just to mitigate the dryness we’ve been having an help our farm have a more positive bottom line.”

Ryan Mercer, who owns Mercer Seeds Ltd., said replenishing the sub-moisture in the soil is essential.

If more moisture doesn’t arrive, it could cause problems.

“Whenever you have drought, it seems like the insect pressure can be higher on the crops as well, overwintering populations will be higher and then we’re worried about insect pressure this following year,” Mercer explained.

Fourgere added the next few months will likely see close to normal levels of precipitation in most of southern Alberta, but there’s a chance the southeastern part of the province could remain drier than usual.