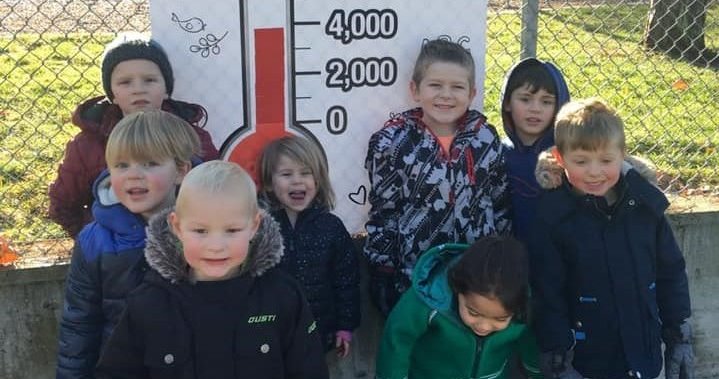 The Naramata Child Development Centre made a public plea for financial help in early December. Its goal was to raise $10,000 by Christmas.

“We set our own deadline because we really wanted to kick off 2022 with a positive outcome,” said Will van Middendorp, the Naramata Play School Society vice-president.

The centre provides care for kids between 30 months to and five years old and runs before and after-school programs for school-aged children. Without the centre, families would have to drive 20 to 25 minutes outside of town for childcare.

When a new board took over in November, van Middendrop said its members knew some drastic changes that needed to be made.

“We learned that the current staff, the ones who were full time or over 20 hours a week, that they got paid per hour but there were no benefits,” said van Middendorp.

Without benefits, he said they have lost teachers and found it difficult to find additional qualified staff. The funds raised will go towards providing benefits, sick pay and vacation pay to staff.

4:00
B.C. and the federal government reach a deal on child care funding

B.C. and the federal government reach a deal on child care funding – Jul 9, 2021

Throughout December, the society hosted many fundraisers with the help from the community and local businesses. It surpassed its goal and said the extra money will go towards centre upgrades.

“People really rallied up. People just wanted to help because they see the importance of having this centre in our community. It feels like a blessing to live in this community. For us it really was a Christmas miracle come true,” said van Middendorp.