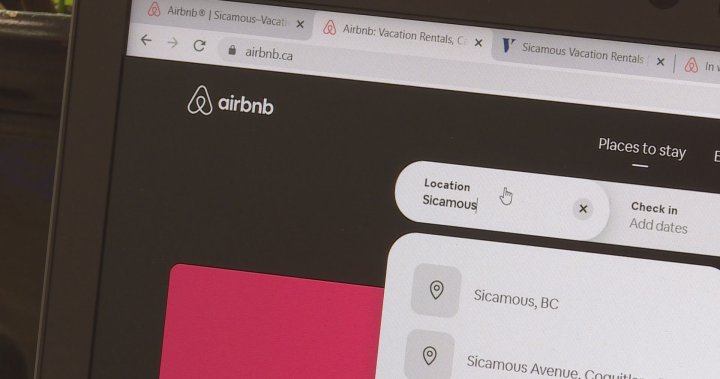 The self-proclaimed “Houseboat Capital of Canada” is planning to become the latest community to regulate short-term rentals.

The tourist town of Sicamous, B.C. is planning to bring in a new zoning bylaw that would regulate where short-term rentals can be located and what they need to operate.

The municipality has concerns about absentee owners who aren’t on hand when problems with renters arise, fairness for other accommodation providers, and the impact of short-term rentals on the long-term rental market and neighbours.

“If you are going to run a business you should be responsible for that business on the same principles as everybody else is,” Mayor Terry Rysz said.

Rysz sees a future for short-term rentals in Sicamous, saying they are “here to stay,” but he sees regulation as a way to create fairness for the many different interest groups.

“If you follow all the regulations and you play by the rules, then I don’t ever see us trying to take away your opportunity to be a short-term rental operator,” said Rysz.

The proposed rules include requiring short-term rentals to have a business licence, provide off-street parking, stick to occupancy limits of two adults per bedroom, and have someone in the Sicamous area to manage the property.

The new bylaw also stipulates which zones short-term rentals are allowed to operate in.

Kelowna cracking down on short-term rentals

She’s in favour of regulation but doesn’t think it will lead to more long-term rentals.

“I think a lot of those people use those places themselves. They may have bought them so they can vacation here and then when they are not using them they will rent them out,” Lemieux said.

The district is leaving the door open to rezoning properties to allow existing short-term rentals to continue.

However, Lemieux is concerned that rezoning will only lead to higher taxes, and others worry the zoning rule will force some short-term rentals to shut down.

“I just don’t think [the zoning rule] is necessary. I think there are responsible people who are renting their homes for vacation rentals…and all it is going to do is their cost is going to be exuberant,” Lemieux said.

She suggests limiting the number of short-term rentals in the community instead.

However, other supporters of short-term rentals say the industry brings a lot of money into the local economy and the district needs to get the rules right or risk impacting an important economic driver.

Short-term rental operator Ali Watson lives in her guest house and rents out the main home.

She is in favour of some regulation, but also stresses the economic benefits short-term rentals bring to the community.

Watson believes her property will need to be rezoned if she wants to continue operating and feels there are a lot of unanswered questions about the implications.

“I think it is a little bit vague when it comes to changing the zones. That is something that I find to be a bit of a red flag because what does it mean long term for your property,” Watson said.

The mayor admits that what to do about existing short-term rentals not in the correct zone is a difficult issue.

“There are very good short-term rentals in place right now, [and] there are also some that aren’t so good. That’s what makes it complicated,” said Rysz.

The district is planning another open house on the issue next month and is hoping to pass the new regulations by the start of June.