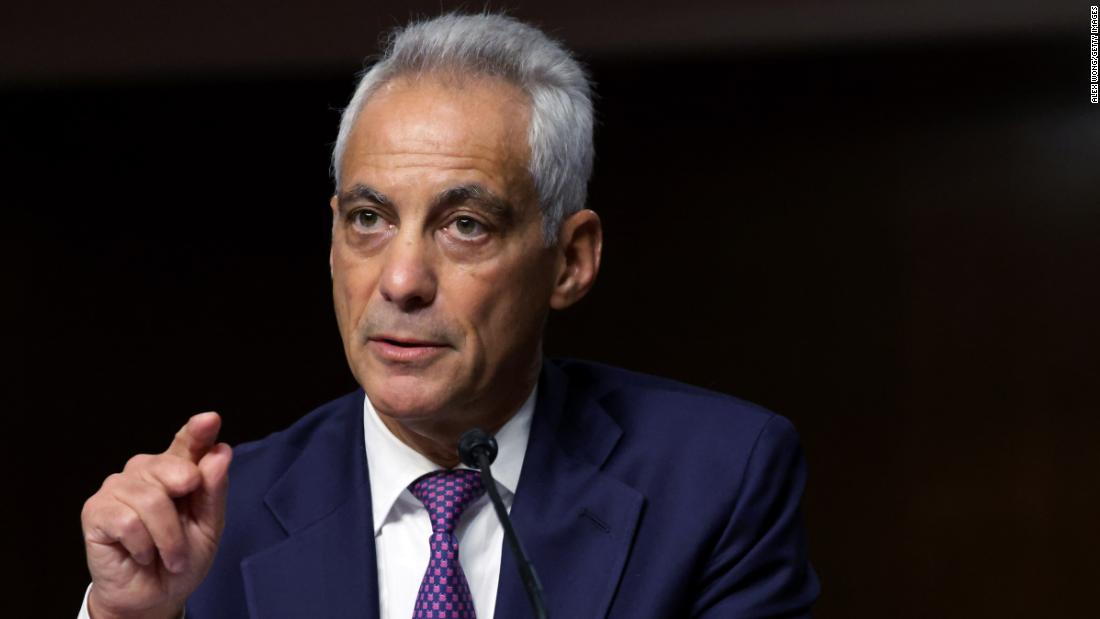 Rahm Emanuel, the former mayor of Chicago and White House chief of staff for President Barack Obama, was confirmed early Saturday as the US ambassador to Japan. The vote was 48-21, with 31 senators not voting.
Progressive Democrats had objected to Emanuel’s nomination, citing his record as Chicago mayor, specifically his handling of the 2014 police shooting of 17-year-old Laquan McDonald. Three Democratic senators — Elizabeth Warren, Ed Markey and Jeff Merkley — voted against Emanuel’s confirmation.
Texas Republican Sen. Ted Cruz had for months refused to allow quick confirmation on diplomatic nominations to protest the Biden administration’s policy on the Nord Stream 2 pipeline. Cruz wants the administration to toughen its policy on the major pipeline that will deliver natural gas from Russia to Germany under the Baltic Sea, arguing that the pipeline would strengthen Russia and make Germany beholden to the country. Some Republican senators, however, had expressed concern that the hold up on the nominations would impact America’s diplomacy and influence around the world.

Early Saturday morning, Senate Majority Leader Chuck Schumer, a Democrat from New York, announced a deal that Cruz’s legislation imposing sanctions would be debated and voted on by mid-January.

Emanuel and others’ confirmation votes were part of a flurry of activity in the Senate in the early hours of Saturday morning before lawmakers adjourned for recess.

CORRECTION: An earlier version of this story incorrectly reported the status of Gabriel Sanchez’ and Holly Thomas’ nominations. They have not yet been voted on.