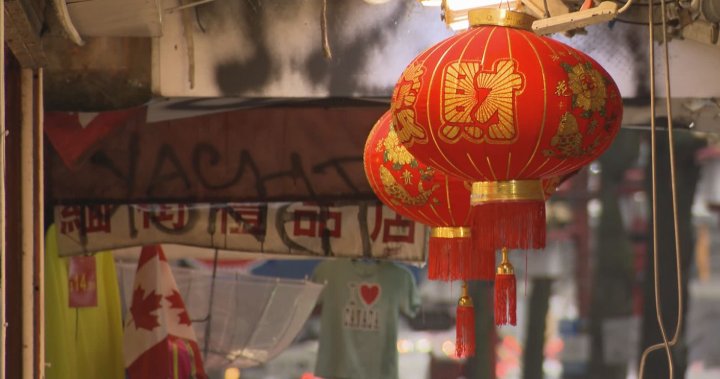 As graffiti continues to blanket much of Vancouver’s Chinatown, the province is promising to work with the city to help combat the repeated vandalism.

Merchants are so frustrated over the lack of justice for prolific taggers destroying the historic neighbourhood that one legacy business owner even started a petition to stop the “hell pattern” graffiti.

The recent desecration of an artist’s mural was the breaking point for Peter Lau, who’s owned and operated Liang You Book Co. Ltd. for 46 years on East Georgia Street.

Before Vancouver police recently revealed graffiti was up 300 per cent in Chinatown, retired Crown prosecutor Winston Sayson said it was in the public interest to prosecute “this epidemic of vandalism and graffiti damage.”

Now B.C.’s attorney general said he’s willing to partner with the city of Vancouver to help take back the heritage community.

“I certainly understand and I agree that it’s unacceptable, the state of Chinatown and the state of where we’re at in the Downtown Eastside,” David Eby told Global News.

“The police take it seriously, and so do we,” added Public Safety Minister and Solicitor General Mike Farnworth.

Both Eby and Farnworth recently discussed several issues with the VPD, including racist graffiti in Chinatown, which could soon be targeted by hate messaging legislation.

“And obviously you know, whether it’s racist graffiti or other racist activities [they’re] just not acceptable.”

“We know the rest of the criminal justice system [is] not going to throw this person in jail,” Deputy Chief Const. Howard Chow told a Vancouver Police Board meeting on Feb. 24.

“It’s quite challenging to convince a court to put someone in jail for graffiti,” Eby responded.

‘An eyesore and an embarrassment’: What will it take to stop graffiti vandalism in Chinatown?

The province, he said, is limited by the federal Criminal Code and the Youth Criminal Justice Act in prosecuting graffiti crimes.

“And so the consequences are far more in the nature of restorative justice-type approaches and conditional sentences.”

The B.C. attorney general said a far more likely solution is having different levels of government work with merchants and community leaders.

“We want Chinatown to find its feet, and if graffiti is standing in the way of our progress together then we want to help.”