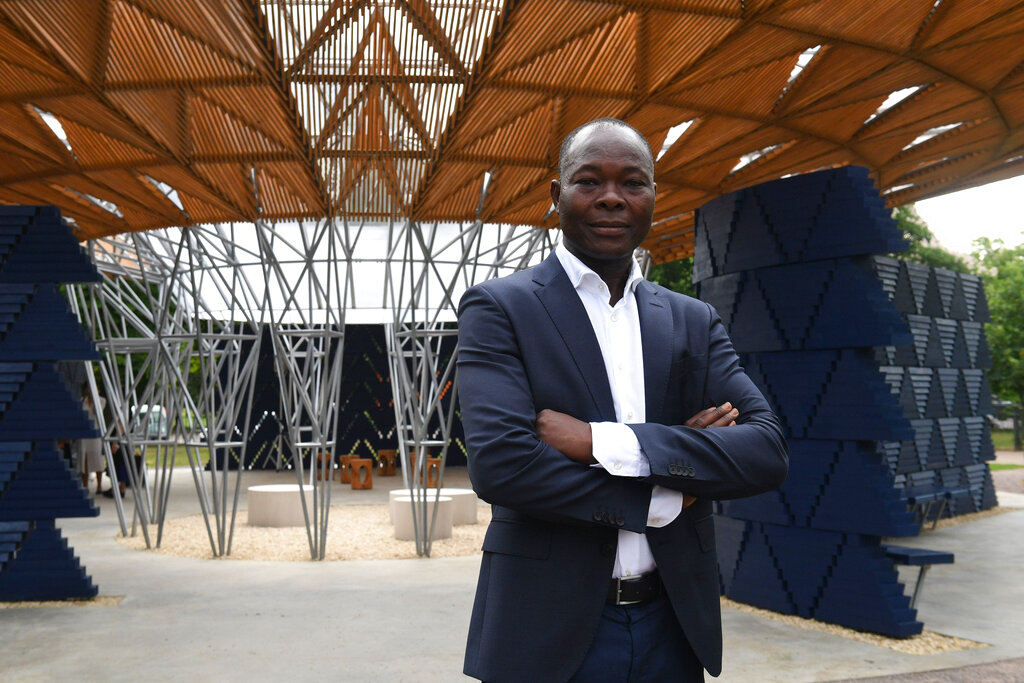 THE BIG ONE. Architect Francis Kéré is this year’s winner of the Pritzker Prize, his field’s most prestigious award, the New York Times reports. Kéré, who was born in Gando, Burkina Faso, and whose practice is based in Munich, has worked extensively in West Africa, and has won acclaim for buildings that inventively aim to address the needs of different communities. His structures “are tied to the ground on which they sit and to the people who sit within them,” the prize’s jury said in a statement. Kéré is the first Black architect to receive the honor, according to NPR. His art-related efforts have included a pavilion at the Tippet Rise Art Center in Montana and Opera Village , a multifarious project conceived with the late German director Christoph Schlingensief that includes a health center, workshops, and a school. Architectural Digest and Dezeen published photos of a number of his works. The Pritzker comes with $100,000 and a medal.

A WEDNESDAY MUSEUM BLOTTER. Big news out of Richmond: The Virginia Museum of Fine Arts said that it has received a gift valued close to $60 million from patrons James W. McGlothlin and Frances Gibson McGlothlin, the Associated Press reports. It includes 15 paintings by American artists—Marsden Hartley and Norman Rockwell among them—and a contribution to its expansion project, which carries a $190 million budget. Over in Belgium, the Royal Museum of Fine Arts Antwerp is getting ready to reopen after an 11-year, delay-hit renovation. It just moved a prized Rubens, the 1,225-pound Baptism of Christ (1605), out of storage, the AP writes. And one of the two South Korean national treasures that failed to sell in January when they were offered at auction by their financially beleaguered owner, Seoul’s Kansong Art Museum, has reportedly been sold to a group known as the Heritage DAO, Yonhap reports.

THE WAR IN UKRAINE. Russian artists say that sanctions and companies pulling out of the country are hindering their ability to work, the New York Times reports. Christie’s and Sotheby’s have nixed sales of Russian art planned for London in June, the Art Newspaper says. And Russia’s ambassador to France said that bringing works home from a show of the vaunted Morozov Collection at Paris’s Louis Vuitton Foundation may be complicated by air-travel disruptions, per the AFP.

As China grapples with coronavirus outbreaks via lockdowns, museums in Shanghai and Shenzhen are shuttering, including the Power Station of Art, the Yuz Museum, and the Long Museum. [Artnet News]

The powerhouse Perrotin gallery, which reps Takashi Murakami and Gelitin, said it will open a branch in Dubai this year, adding to its locations in Hong Kong, New York, Paris, Seoul, Shanghai, and Tokyo. The new venue, measuring about 1,100-square-feet, will be in the Dubai International Financial Centre. [Ocula]

At a May auction in Zurich, Numismatica Ars Classica will offer a gold coin that the house says was minted to celebrate the assassination of Caesar. Estimated to go for north of $2 million, the piece is said to have been created by none other than Brutus, who was infamously involved in the murder (and who is making his first appearance in “Breakfast with ARTnews”). [Bloomberg]

RETURN TO SENDER. Sotheby’s is about to offer work from the collection of the late dealer Neil Zukerman and his husband, Tom Shivers, including 90 pieces by the great Leonor Fini, per the Guardian. Zukerman and Fini were close, Shivers said, and he uncorked some great stories about her. “Once an artist sent her one of his paintings to critique,” he said. “It was returned to the gentleman in a manila envelope, cut into pieces. She said: ‘Sorry, couldn’t find a larger envelope.’ ” Not exactly a positive review! [The Guardian]