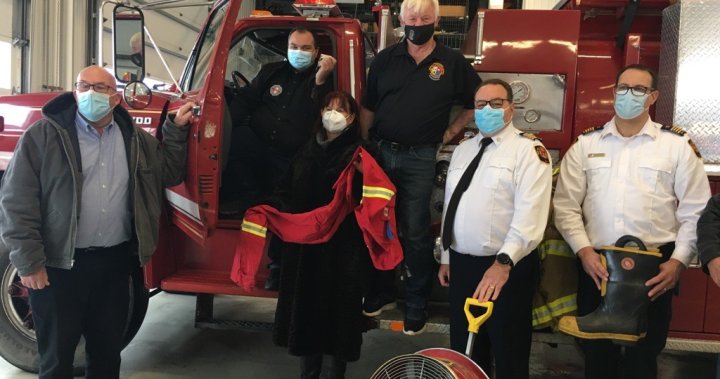 A fire truck from Prince Edward County Fire and Rescue is beginning its long journey north to its new home in Summer Beaver, Ont., an Indigenous community in northwestern Ontario.

“This is a game-changer to have equipment like this for a community,” says Firefighters Without Borders Canada director Carl Eggiman.

The donation by the Prince Edward Country (PEC) fire department was organized through the Firefighters Without Borders Canada program, which is currently focused on acquiring supplies for remote Indigenous communities across the country.

PEC has provided a pumper tanker and a positive pressure fan that will be sent to the small Oji-Cree First Nation reserve of Summer Beaver Band.

“Summer Beaver has no fire department whatsoever, so it’s going to be a huge improvement for them to protect themselves from fires and start an EMS team,” says Eggiman.

Eggiman says a trainer from Thunder Bay will teach Summer Beaver volunteer firefighters how to operate the truck and equipment once it makes its more than 1,200-kilometre trip.

PEC fire Chief Chad Brown hopes the truck, which served the PEC community for 20 years, will help keep the Summer Beaver community safe over the years to come.

“Hopefully this truck can add a level of protection to the future community and Summer Beaver be able to use this truck to its full capacity and protect their community,” says Brown.

Firefighters Without Borders director Phillip Sears says these donations offer more than just equipment to these communities, they offer hope.

While the PEC fire truck has just begun its journey north, Brown says PEC will work to make sure this donation isn’t their last.

This is the sixth vehicle donated to the Firefighters Without Borders Canada program this year, and they’re hoping for nine more.