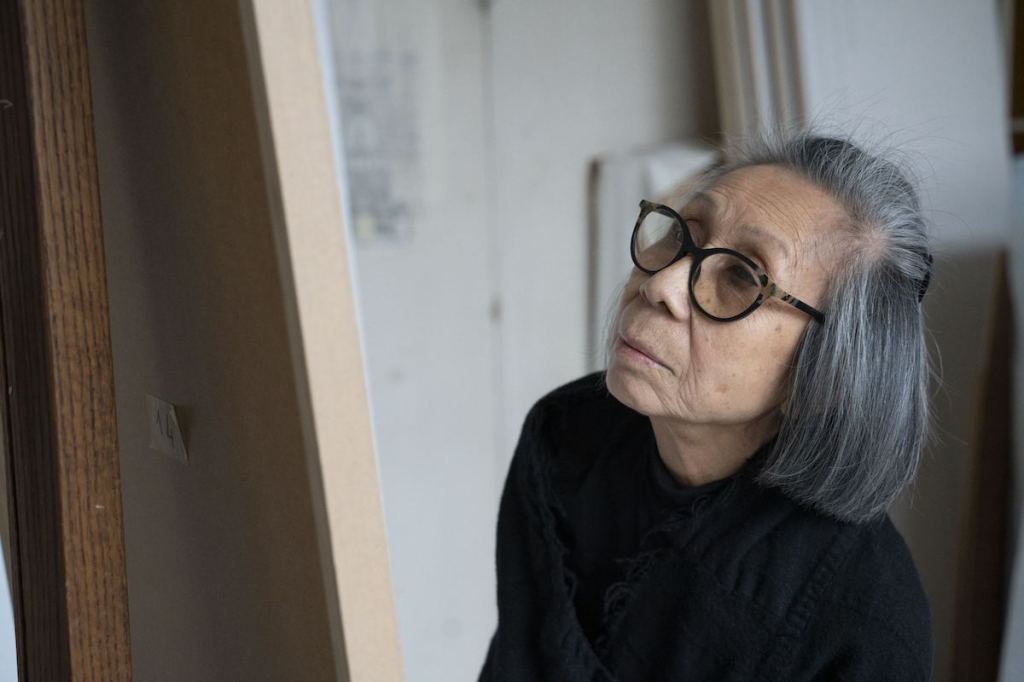 Huong Dodinh, a painter of stately abstractions who has never before had gallery representation, has joined Pace, one of the world’s biggest galleries.

Pace, which has spaces in cities such as New York, London, Hong Kong, and Seoul, said that the move was intended to expand the gallery’s presence in Europe. Dodinh is based in Paris, where Pace has long been rumored to be opening a space. Currently, Pace also operates in Geneva.

It is unusual for an artist as under-recognized as Dodinh to make the jump to a mega-gallery. Often, the artists who join Pace are figures with stable markets for their work or people whose art-historical status is cemented.

Noting that Dodinh’s work “has rarely been shown and is not at all well known,” Valentina Volchkova, a Geneva-based vice president at Pace, told ARTnews in an email that the artist’s new representation will “give her the recognition she deserves.”

Dodinh was born in 1945 in Sóc Trăng, Vietnam, and fled in 1953 with her family for France amid the First Indochina War. While at boarding school, she saw snow for the first time, an event that she has credited with stimulating an interest in art. During the ’60s, she attended art school in Paris, where she has remained ever since.

In tribute to the snowfall that she witnessed as a child, Dodinh paints spare abstractions that are often rendered in muted tones. In them, barely perceptible lines arc and combine, and gentle contrasts between similar blue and purple tones are enacted.

Last year, Dodinh had a two-person show with the Vietnamese-born artist Thu-Van Tran at the Musée Guimet in Paris, marking some of Dodinh’s greatest exposure to date. But she is only just now getting her first solo museum show this month.

The larger art world will get a taste of Dodinh’s art with a survey held in Venice at the Museo Correr that will open on April 23 in tandem with the Venice Biennale. CMS, an art advisory firm that has worked with Dodinh since 2018, is listed as an organizer of that show. Pace is named in a description of the show as one of the exhibition’s funders, though it is not unusual for galleries to fund museum surveys held around the city during the Biennale.

“I have been aware of Huong Dodinh’s work for several years, but it wasn’t until I saw it in person this past fall that I fully understood its extraordinary power,” Volchkova said. “It was immediately evident that Dodinh’s work would form an important place within Pace’s program, particularly in this vital period as we continue grow our presence in Europe.”