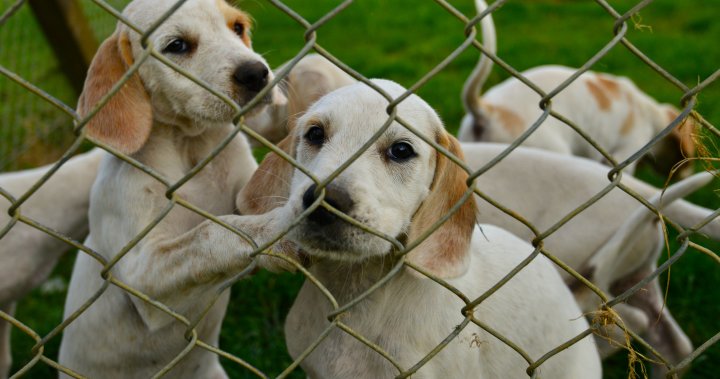 After months-long consultation, changes to how the City of Winnipeg protects and manages pets in city limits is finally heading to committee.

The Protection, Community Services and Parks committee will meet on Friday to discuss numerous proposed changes to the Responsible Pet Ownership bylaws that administrators say “will provide a more contemporary approach to animal/pet ownership in Winnipeg with a focus on both public safety and animal welfare.”

Some of the proposed changes include breeding permits for those selling or giving away cats or dogs, giving shelters the authority to spay or neuter unlicensed strays before being returned to an owner, and not allowing pets in vehicles if the temperature is warmer than 22C or colder than -10C.

New standards will also be developed and enforced for dog daycare operations.

“Although certain groups, such as breeders, dog daycares, and owners of intact pets, at-risk pets or dangerous dogs, will be impacted by new restrictions, these proposed amendments are necessary in order to ensure these groups are acting responsibly and to protect the safety of the public and the well-being of animals in their care,” say administrators.

New fines have also been proposed, including a $500 fine for breeders caught without a permit.

One change that is not in the proposed by-law amendments is rescinding the current Pit Bull ban inside city limits.

According to the report to be tabled Friday, support for removing the prohibited dog ban was high, but the authors said more research is needed.

“Additional research on breed-specific legislation will occur before any updates to the bylaw are recommended to City Council.”

“We’ve never had a single issue with our dogs,” said Reimer, who lives outside the city.

“They’re just our pets, they live in our house the same as a labrador or golden retriever. They’re wonderful pets with everybody they meet.”

Leland Gordon, the city’s Animal Services manager, said in August that Winnipeg is trailing other jurisdictions when it comes to updating its policy on breed-specific legislation.

“Winnipeg and the province of Ontario are the last major jurisdictions in Canada that have this ban. So as part of this, our idea is that instead of judging the dog on how it looks, we hold owners more accountable for responsible pet ownership.”

Gordon said the idea is to remove the ban, but also strengthen the bylaw so all dog owners — regardless of the dog’s breed — are more responsible pet owners, making it possible for them to own all sorts of dogs safely in the community.

Should the committee pass the recommendations, it will then head to Executive Policy Committee and then City Council later this month.