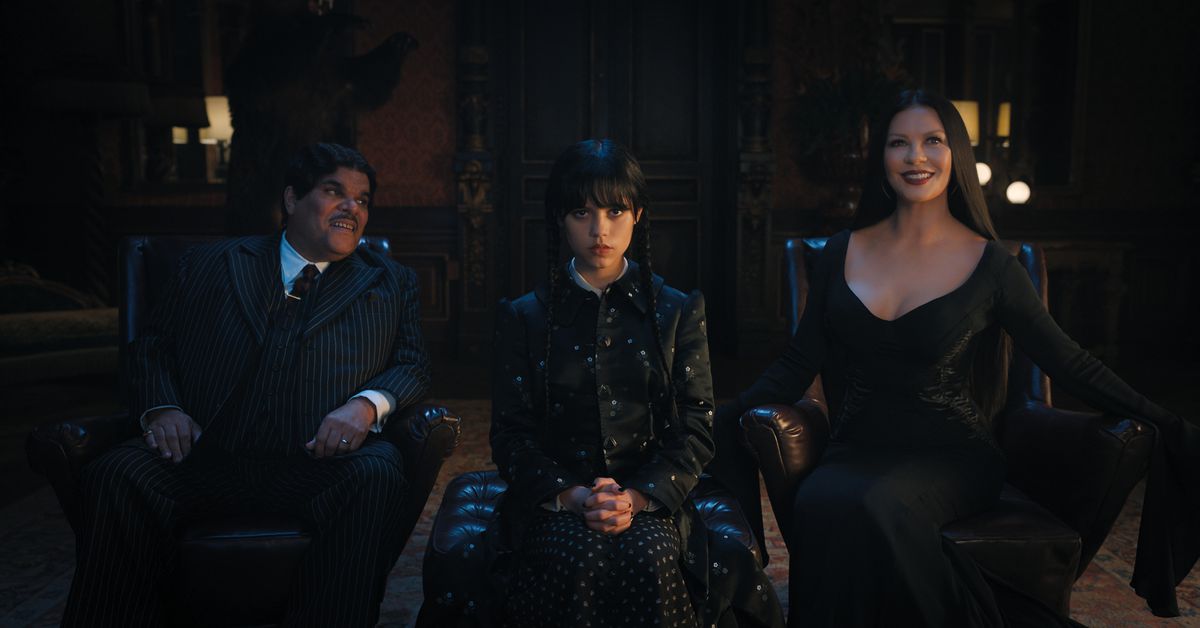 Wednesday Addams sicks a school of piranha on the water polo team in the first trailer for Netflix’s Wednesday, a fun, bloody way to set the tone for director Tim Burton’s new mystery-comedy based on The Addams Family. And while high school-aged Wednesday Addams clearly enjoys seeing a swarm of angry fish bear down on high school jock Dalton’s junk, the more surprising element of Wednesday is that she appears to have found an educational institution and social circle more suited to her dark disposition: Nevermore Academy.

Wednesday will apparently show the daughter of Morticia and Gomez Addams actually enjoying herself in a high school setting — after being expelled from eight other ones — a concept that seems almost as unorthodox as Wednesday herself. Her classmates range from creepy to kooky, while situations both mysterious and spooky will keep Wednesday and the Netflix audience entertained.

The series is a sleuthing, supernaturally infused mystery charting Wednesday Addams’ years as a student at Nevermore Academy, where she attempts to master her emerging psychic ability, thwart a monstrous killing spree that has terrorized the local town, and solve the murder mystery that embroiled her parents 25 years ago — all while navigating her new and very tangled relationships at Nevermore.

The first trailer for Wednesday gives us our first taste of Catherine Zeta-Jones as Morticia, Luis Guzmán as Gomez, and a brief glimpse of Isaac Ordonez as Pugsley. Jenna Ortega stars as Wednesday. Thing’s here too. The trailer also shows off the cast members Gwendoline Christie as principal Larissa Weems and Emma Myers as chipper Nevermore Academy student Enid Sinclair. Christina Ricci, who played Wednesday Addams in Barry Sonnenfeld’s 1991 movie The Addams Family and its 1993 sequel, will appear in the series as a different character, Marilyn Thornhill.

Wednesday is slated to start streaming on Netflix sometime this fall.