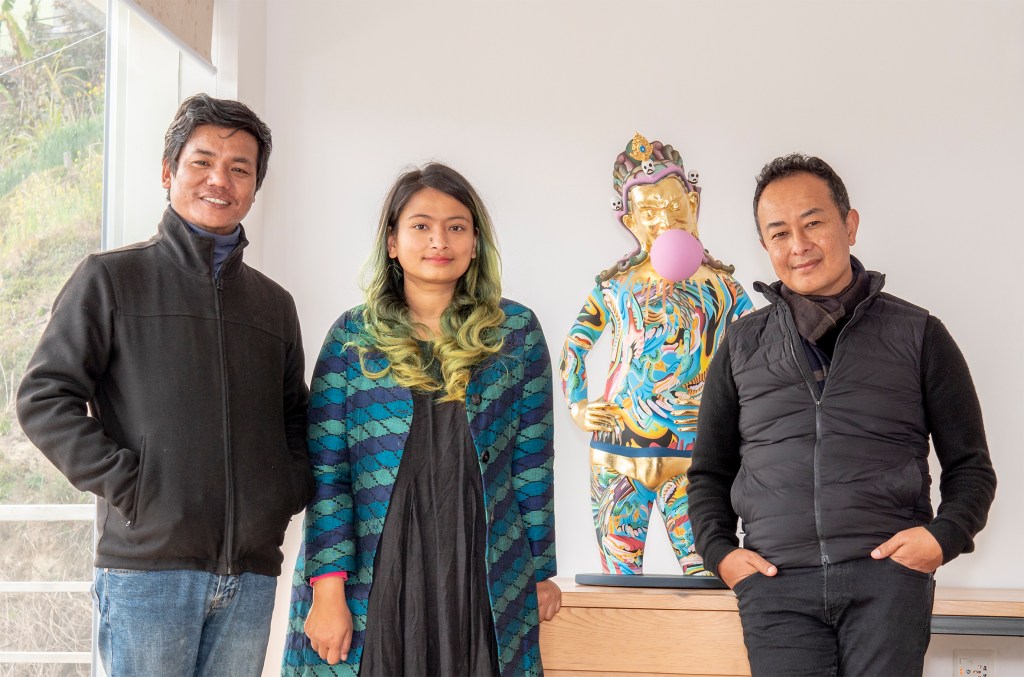 For the first time ever, Nepal will participate at the Venice Biennale, which this year is set to take place from April 23 to November 27.

Curated by artists Sheelasha Rajbhandari and Hit Man Gurung, the inaugural exhibition will feature the work of painter Tsherin Sherpa, who is working in collaboration with local artists. The project is co-commissioned by Nepal’s Ministry of Culture, Tourism and Civil Aviation, the Nepal Academy of Fine Arts, and the Siddhartha Arts Foundation, with support from the Rubin Museum of Art in New York.

Titled “Tales of Muted Spirits – Dispersed Threads – Twisted Shangri-La,” Sherpa’s pavilion will focus on problematic conceptualizations of Nepal and the Himalayan region as a remote, monastic utopia. The exhibit will draw on cultural materials from across the Asia Highlands to expose how those myths have obfuscated their shared histories. Far from remote, knowledge has flowed freely amid the region’s communities for centuries.

“In contradiction to a mythical utopia—shrouded in happiness, longevity, and bliss—is the reality of an intricately interconnected peoples who have repeatedly experienced displacement, loss, and the insurmountable task of reconstituting their lives,” Rajbhandari said in a statement.

Sherpa was born in Kathmandu in 1968, after his family fled persecution in Tibet. He practices thangka painting, a traditional Tibetan art form which incorporates Buddhist iconography. At 30, Sherpa moved to California; his paintings reflect diaspora tension: deities and Buddhist mudras blend, and sometimes clash, with pop culture references. The cofounder of the artist collective ArTree Nepal and a co-curator for the Kathmandu Triennale 2077, he has also exhibited in the Biennale of Sydney in 2020; the Yokohama Triennale in 2020; and the Asia Pacific Triennial of Contemporary Art in Brisbane (2015–16).

“International understanding of Nepali art remains plagued by a Western conceptualization of the Himalayan region: a pervasive, romanticized vision that frames Nepal as static, pure and untouched by time and modernity,” Sherpa said. “We need to create a space to reflect and re-evaluate these biases.”

Though Nepal was nominally independent in the 19th and 20th centuries, British colonial powers exerted broad influence over its Indigenous groups. Rajbhandari said that the show will explore the lasting impact of the colonial period on the region’s artistic traditions: “When opportunity arose to exploit their art and livelihood through international trade, it created a scenario that essentialized and packaged numerous art practices into consumable goods, while simultaneously eroding their spiritual and vernacular meanings for the people who produce them.”

Nepal’s Venice debut is part of push to raise the international visibility of the country’s contemporary art scene. Recent initiatives include the Nepal Art Now exhibition at the Weltmuseum Wien in 2019 and the ongoing Kathmandu Triennale 2077, which opens later this month.

Meanwhile, Kazakhstan has announced that it will present its first national pavilion at this year’s Venice Biennale. The news follows bloody nationwide demonstrations against rising fuel costs and state corruption. Organizers said that they are closely watching the situation, but are hopeful of a successful debut. This is the second time the former Soviet republic has attempted to participate in the prestigious exhibition. In 2019, the pavilion was canceled amid allegations of corruption; this year, organizers will proceed without government funding.