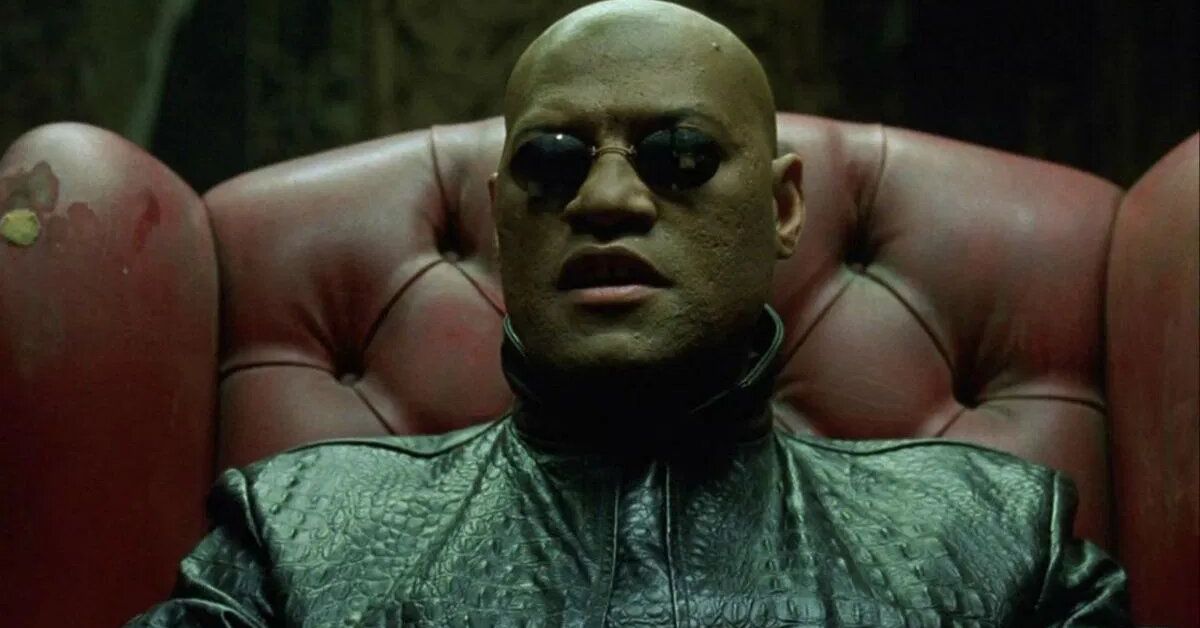 The Matrix Resurrections, the first new installment in the dystopian sci-fi action franchise in over 12 years, has sent the internet buzzing like an angry swarm of killer Sentinels. Keanu Reeves and Carrie-Anne Moss return for the sequel as Neo and Trinity, respectively, along with original trilogy supporting players Jada Pinkett Smith and Lambert Wilson and newcomers like Yahya Abdul-Mateen II and Neil Patrick Harris. But of all the new and old faces seen in the first look at the upcoming film, one iconic character is conspicuously absent: Laurence Fishburne’s Morpheus.

We’ve known since the initial cast announcements dating back as far as 2019 that Fishburne, responsible for playing Neo’s stoic, mirror-shades-and-katana-touting mentor, wasn’t returning for the fourth Matrix outing alongside Reeves and Moss. “I am not in the next Matrix movie,” Fishburne told Collider in a recent interview. “[Y]ou’d have to ask Lana Wachowski why, because I don’t have an answer for that.” Which raises the question: What happened to Morpheus before the events of The Matrix Resurrections?

The answer seems to lie in the most unlikely of places: The Matrix Online, the now-defunct MMO spinoff of the Matrix trilogy that was released back in 2005.

When The Matrix Revolutions debuted in 2003, interviews suggested that the Wachowskis had no intention of releasing another installment in the series. Instead, the plan was to pass the reins of the series’ storyline to the audience itself by way of The Matrix Online. In the MMO, players assumed the role of a newly awakened “redpill” who chooses from one of several factions formed between the humans and machines in the wake of the events of the third film. The game had players interact with several main characters from the film trilogy, including the Oracle (Mary Alice), Seraph (Collin Chou), and, consequently, Morpheus.

“Our films were never intended for a passive audience,” said the Wachowskis in a 2005 interview with IGN. “We wanted our audience to have to work, to have to think, to have to actually participate in order to enjoy them. [T]he fact that the Matrix films are three of the most successful adult films in history […] suggests that there are other people like us. Those are the people, the people who thought about it, who worked at it, who we ultimately made the trilogy for and it now makes perfect sense to us that they should inherit the storyline.”

In the events of The Matrix Online, which took place after the end of The Matrix Revolutions, Morpheus returned to the Matrix to consult the Oracle as to why, despite the apparent truce between the machines and humans, the machine had not yet returned Neo’s remains to Zion. Morpheus, along with a number of players who chose to join his faction, set about trying to reconstruct Neo’s Residual Self Image — his digitally generated avatar within the Matrix — as a way of hopefully resurrecting him. Frustrated by his failure to do so, Morpheus began demanding the Machines to return Neo’s body. With no other options, Morpheus then began detonating “code bombs” across the Matrix, compromising the integrity of the simulation as a whole as a way of forcing the machines to comply with his demands.

After setting off one of the code bombs, Morpheus was ambushed by the Assassin, a program created by Machines, and killed. Some players at the time theorized that Morpheus might have faked his death and gone into hiding, but this theory remained unresolved at the time of The Matrix Online’s cancelation in 2009.

The Matrix Resurrections doesn’t refute the events of The Matrix Online, but it’s not entirely clear if it all still lines up 16 years later. So did Lana Wachowski pull a Yoko Taro/Nier move and weave a now-dead MMO into the broader mythology of the The Matrix Resurrections? As Niobe tells Neo in the new film, after the events of Revolutions, Morpheus was elected the high chair of the council. But when rumors started up that there was a “new power” taking over the machine world, he ignored them. “He was certain what you had done could not be undone. All of these people never stopped believing in miracles, believing in you.”

In way, we do see Fishburne’s Morpheus in Resurrections: As a statue, built in the honor of a man whose legacy is more complicated than any hero. And as for everyone being crushed to death when The Matrix Online went offline in 2009, well, chalk that up to a reboot.