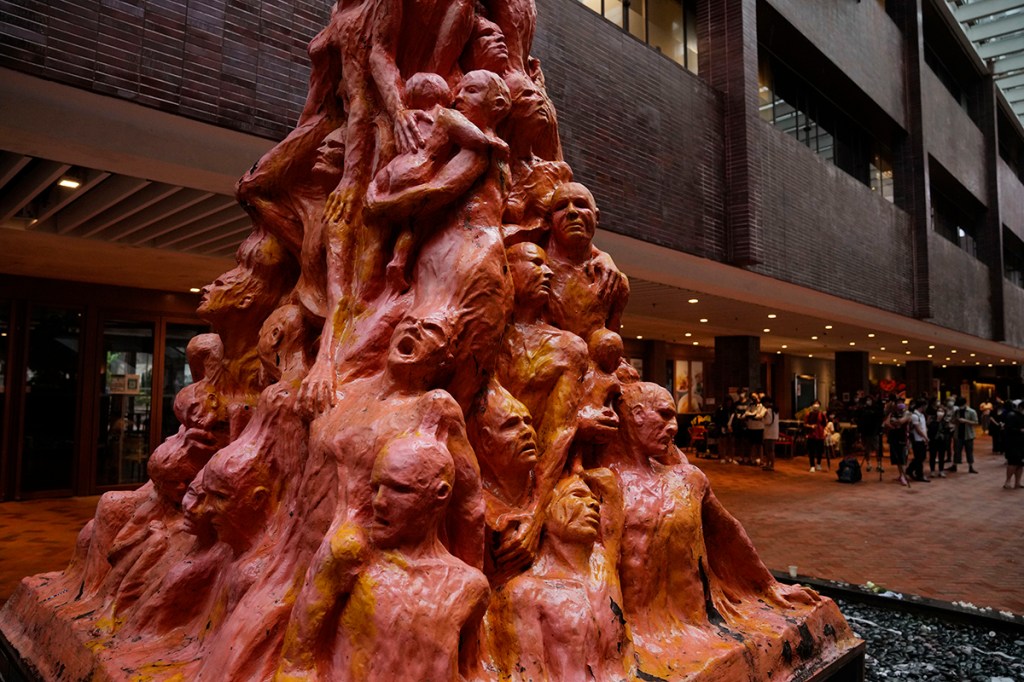 A sculpture made by Jens Galschiøt to memorialize the lives lost during the Tiananmen Square massacre of 1989 stood on the campus of Hong Kong University for 24 years, but yesterday it was dismantled as guards prevented journalists and students from recording its removal, reported Artnet News.

The sculpture, titled The Pillar of Shame, is a 24-foot column of twisted and fused bodies. Meant to commemorate the eighth anniversary of the Tiananmen crackdown, the work was erected at the university in 1997—the same year China gained governmental control of Hong Kong.

In October, Hong Kong Alliance in Support of Patriotic Democratic Movements of China, an organization formed to organize vigils and memorials of the Tiananmen Square massacre, which worked with Galschiøt to place the sculpture in Hong Kong, received a letter from the University asking them to remove the artwork. Since then, the Alliance was forcefully dissolved along with other civil groups and unions in a recent government crackdown.

When Galschiøt learned that the University planned on removing the piece, he made repeated attempts to work with the institution to return it to his native Denmark. The University has ignored his requests.

“It has been completely impossible to get in touch with them,” Galschiøt told Artnet News. “All my attempts to contact them have been rejected and my lawyer in Hong Kong has also tried to contact them, but failed.” Now he fears that the sculpture will be destroyed.

Unable to contact the university, Galschiøt penned an open letter asking that people record the dismantling of The Pillar of Shame. Despite the statue being covered and guarded, some photos of its contentious nighttime removal have been leaked on social media.

In a statement, Hong Kong University said their decision was “based on external legal advice and risk assessment for the best interest of the University.” The press release went on to explain, “The University is also very concerned about the potential safety issues resulting from the fragile statue. Latest legal advice given to the University cautioned that the continued display of the statue would pose legal risks to the University based on the Crimes Ordinance enacted under the Hong Kong colonial government.”

Since the statue was placed on campus grounds, there have been repeated attempts to remove it as China attempts to censor this moment in its history. Until now, the University was able to resist.