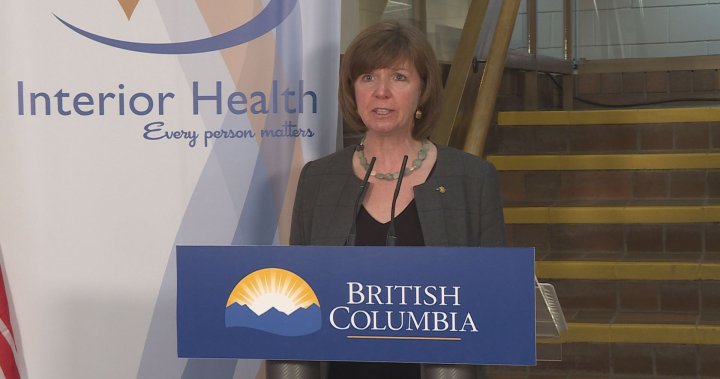 B.C.’s Minister of Mental Health and Addictions was in Vernon, B.C. on Monday to announce new services for youth, expansions of existing services, and additional staff.

The announcement comes after a particularly brutal year for illicit drug deaths in the Okanagan.

Mental health and substance use services bolstered in Vernon

In 2021, 73 people died in Kelowna alone. The last time that many people succumbed to drug poisoning in the city was 2017.

The area doesn’t yet have the same level of access to prescribed safer supply as on the coast.

“Prescribed safe supply is available in the Okanagan through the health authorities…but, it is a very fair comment, it is more available in the federally funded SAFER clinics that were established in Victoria and Vancouver, said Malcolmson.

‘They just have to do this’: Kelowna mom says B.C. urgently needs safe drug supply

Malcolmson said the province is investing in expanding safe supply but it will take time.

“It is work that is underway and we wish it was faster, but…we are building a new element of treatment that doesn’t exist anywhere else in Canada and we are doing it through the health authorities which are also fighting two public health emergencies and under so much pressure,” the minister said.

The minister didn’t commit to a specific timeline for the expansion of safe supply services.

“I don’t want to give anybody any false hope about how quickly the full suite of all prescribed materials will be available and how many exact access points, but I want people to know we’ve heard, both from people who use drugs and from clinicians, that people want more access points and more types of safe supply,” Malcolmson said.

For those looking for alternatives to the toxic drug supply, Malcolmson’s announcement on Monday did include news a nurse working at Interior Health’s downtown mental health and substance use centre will now be able to “prescribe more options for medication-assisted treatment of opioid-use disorder.”

Earlier this month, a BC Coroners Service expert panel, pinpointed safe supply as an important way to combat the drug poisoning crisis.

Malcolmson was also asked about the lack of a publicly funded detox facility in Vernon, other than the hospital, a gap that could make it harder for some to access treatment.

“Some of the programs announced today involve outpatient treatment, in some cases a bit more like a homecare approach, and bed-based treatment and bed-based detox is not always the first way to go,” Malcolmson said.

“That said, you can expect to see over the three years of our budget plan more expansion of detox. We know it is necessary. We know the need is great. We inherited a failure to have those systems in place by the time this duel public health emergency hit. We are working to build that system up.

— with files from Amy Judd