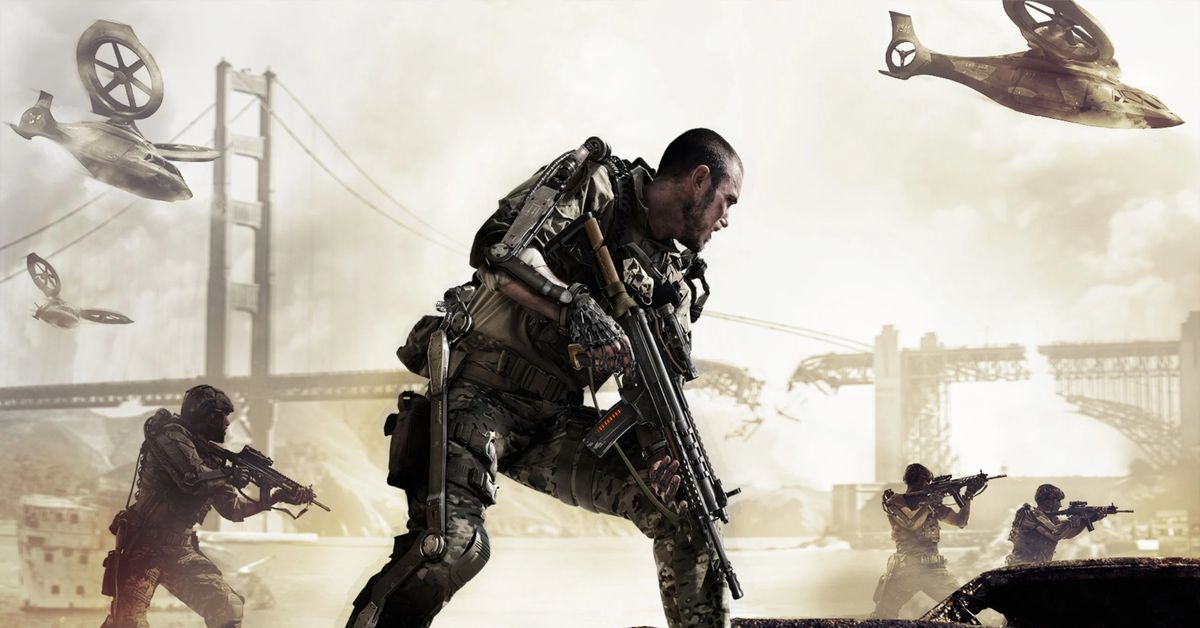 Microsoft’s $68.7 billion acquisition of Activision Blizzard doesn’t give the maker of Xbox and the home of Halo control of everything significant in console gaming. Sony still stands apart with its strong stable of PlayStation exclusives, while Electronic Arts, Take-Two, and Ubisoft continue to jockey for position across all platforms.

But it’s damn close to everything. Since 2014, when Redmond shook $2.5 billion from its piggy bank to acquire Mojang and Minecraft, the company has been on an escalating buying spree that has brought a who’s-who directory of AAA gaming to its Xbox Game Pass library, now 25 million subscribers strong.

Pilloried at the beginning of the Xbox One console generation in 2013 for a supposedly wavering interest in video games, Microsoft soon vowed — under then-new head of Xbox Phil Spencer — that it would adopt a renewed, diamond-hard focus on the games, the good games, and nothing but the games. So help him, God, he’s made good on that. Here are all the major franchises, developers, and names in games that Microsoft now controls.

The sci-fi shooter series has always been a Microsoft-owned, Xbox-exclusive franchise. But if only for posterity’s sake, it’s worth pointing out the company owns and controls this blockbuster intellectual property, just as strong and relevant with the launch of Halo Infinite as it was when Halo: Combat Evolved debuted 20 years ago. Microsoft acquired series creator Bungie in 2000, then created 343 Industries to take control of Halo after Bungie split from Microsoft and fulfilled its remaining obligations to the series.

Likewise an Xbox/Windows PC exclusive, Cliff Bleszinski’s Gears of War franchise was owned by Epic Games until Microsoft bought the property in early 2014. The company handed the series to Black Tusk Studios, later renamed The Coalition, and hired industry heavy hitter Rod Fergusson to oversee a remaster of the first Gears of War, plus Gears of War 4 and Gears 5. Like Halo, Gears has been a big-name IP anchor for Xbox Game Pass since that service launched in 2017. Fergusson left The Coalition for Blizzard Entertainment in 2020, to bring Diablo 4 to term. With Tuesday’s news, Fergusson is officially a Microsoft employee again.

Xbox’s first big acquisition of a games franchise that was not exclusive to its platforms was for Minecraft and its maker, Sweden-based Mojang, seven months after the Gears of War deal went through. Although Microsoft spent $2.5 billion — its 10th largest acquisition since 2007 — for what began as an indie sandbox-and-survival game on PC, the company picked up Mojang with cash it literally had sitting in the bank, doing nothing. Since 2014, Minecraft has seen 19 major revisions and has remained a centerpiece, for both console and PC, of the Xbox and PC Game Pass library.

At E3 2018, Microsoft announced it had acquired Ninja Theory, makers of Hellblade: Senua’s Sacrifice (and DmC: Devil May Cry for Capcom before that), and Undead Labs, makers of the State of Decay zombie-survival series, plus two other studios (Compulsion Games, known for 2018’s We Happy Few, and Playground Games, which has developed the Forza Horizon series since it began in 2012).

Five months later, during its X018 showcase, Microsoft announced it had added Obsidian Entertainment — the makers of Baldur’s Gate, Fallout: New Vegas, and Pillars of Eternity and its sequel — as well as InXile Entertainment, the studio behind the Wasteland RPG series and the most recent adaptations of The Bard’s Tale.

Since then, the sequels State of Decay 3, Wasteland 3, The Outer Worlds 2, and Senua’s Saga: Hellblade 2 have all been announced as exclusives on PC and Xbox.

Microsoft followed this buying spree a year later by announcing, at E3 2019, that it had picked up Tim Schafer’s Double Fine Productions, known for a fan-favorite catalog that includes Brutal Legend, Costume Quest, and Broken Age. Since Microsoft acquired Double Fine, Psychonauts 2, a sequel to the 2005 cult hit Psychonauts that began life as a crowdfunded project, was published by Xbox Game Studios.

Like Halo, Gears of War, and Minecraft before, all of these titles and franchises are in the Xbox Game Pass library.

Until Tuesday, it was hard to imagine a bigger takeover than 2020’s deal bringing ZeniMax Media’s parade of AAA franchises and developers to the home of Xbox. Microsoft’s $8.1 billion acquisition of privately held ZeniMax — barely one-eighth of Tuesday’s deal for Activision — landed Redmond a back catalog comprising Dishonored, Prey and The Evil Within; heavyweight franchises such as The Elder Scrolls, Fallout, Doom, and Wolfenstein; a landmark gaming brand in Quake; and Todd Howard’s next zillion-hour RPG, Starfield, which is scheduled to launch this November.

Microsoft’s acquisition of Bethesda Softworks’ parent company did not disrupt plans to deliver two PlayStation console exclusives, Deathloop (September 2021) and GhostWire: Tokyo (delayed to 2022). But those deals were made before the acquisition; afterward, Xbox boss Phil Spencer said the company would decide on a case-by-case basis whether new games from the ZeniMax family would launch on third-party platforms like PlayStation 5 and Nintendo Switch. Then, at E3 2021, Howard announced that Starfield would indeed be an Xbox/PC exclusive, launching day-and-date on Xbox Game Pass to drive even more attention to that service. It’s likely that The Elder Scrolls 6, announced alongside Starfield in 2018, will follow the same path.

And now: Call of Duty, Diablo, Overwatch, Warcraft, plus much more

Tuesday’s $68.7 billion deal would bring Microsoft’s number of internal game development studios to 30. With them would come billion-dollar cornerstones like the annual Call of Duty series and the landmark MMO World of Warcraft. Blizzard Entertainment’s Diablo and Overwatch franchises, both due for new releases in 2023, could be the first games published by Microsoft once the deal closes. That’s to say nothing of King, the mobile game maker behind massively popular franchises such as Candy Crush.

And that’s not all. Activision’s back catalog includes the remasters Spyro Reignited Trilogy, Tony Hawk’s Pro Skater 1+2, and Crash Bandicoot 4: It’s About Time, as well as the franchises preceding them. The company was also one of the last heavy hitters to do licensed nonsports video games, with remakes of GoldenEye 007, Transformers, Spider-Man, and the Cabela’s outdoors series. Guitar Hero and Skylanders, which the company shut down in recent years, are still there if the music gaming or toys-to-life genres, respectively, ever make a comeback. And hell, Pitfall! — the first blockbuster video game IP developed specifically for consoles — is an Activision product.

Although Microsoft has acquired a year-in-year-out bestseller like Call of Duty, and two A-list franchises for which any development is breaking news, buying Activision gives the company control of a video game history going back to the dawn of console gaming itself.