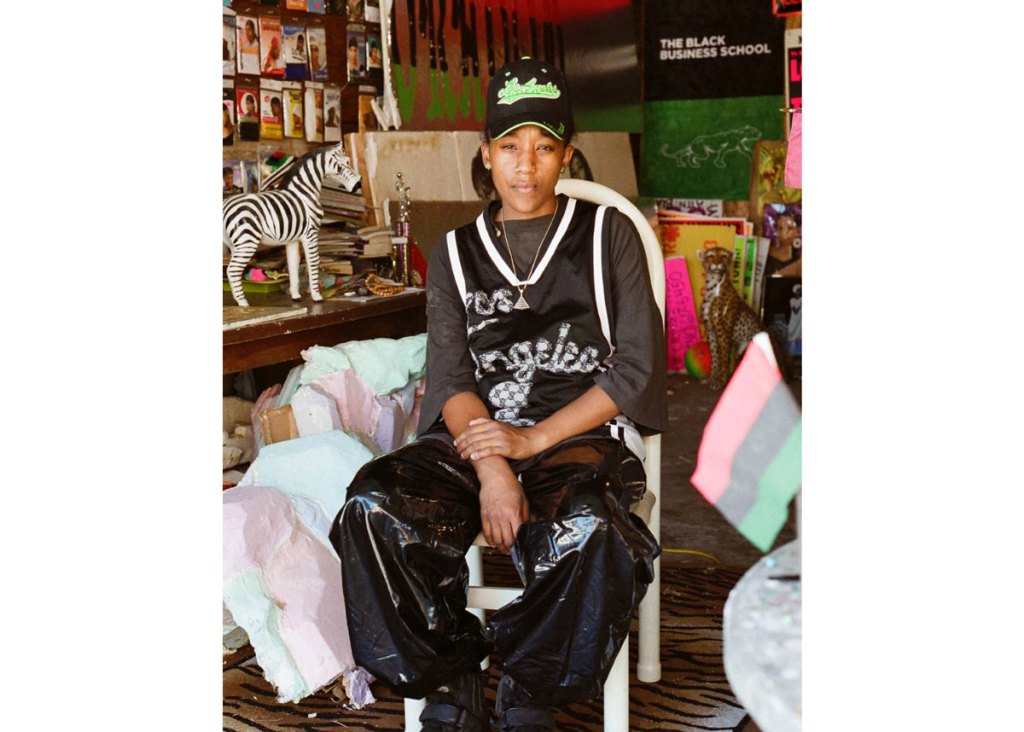 The Metropolitan Museum of Art in New York announced that Los Angeles–based artist Lauren Halsey will take over the museum’s rooftop this year for its annual commission series. The site-specific installation will open on May 17 and run through October 23.

Halsey makes immersive architectural installations that reflect on the histories of South Central Los Angeles, where she was born and raised, and where she is currently based. These works often merge these local stories with elements of ancient Egyptian art and hieroglyphics and 1960s modernist architecture to imagine new futures for her community and her neighbors. Halsey’s work at the Met will be titled the eastside of south central los angeles hieroglyph prototype architecture (I).

In a statement, Halsey said, “My installation for The Met’s roof garden reflects my interest in conflating narratives from contemporary South Central Los Angeles with those evoked in ancient pharaonic architecture. My hope is that viewers in New York feel the connections intuitively.”

Halsey’s work has been included in major exhibitions like “Black American Portraits” at the Los Angeles County Museum of Art in 2021 and the 2018 edition of the Made in L.A. biennial at the Hammer Museum, for which she won the exhibition’s $100,000 Mohn Award. She was a 2014–15 artist in residence at the Studio Museum in Harlem, and she won the Seattle Art Museum’s 2021 Gwendolyn Knight | Jacob Lawrence Prize.

She was the subject of a solo show at the Museum of Contemporary Art, Los Angeles in 2018, and will have a solo at the Serpentine Galleries in London later this year. L.A.’s David Kordansky Gallery, which has represented Halsey since 2019, will also give the artist the inaugural exhibition for its forthcoming New York space, which is set to open this spring. That show will run concurrently with the Met Rooftop commission opening.

“With this installation, Halsey channels The Met’s unparalleled Egyptian Art collections through the lens of Afrofuturism, while also creating a powerful form of documentation of her neighborhood in South Central Los Angeles,” Max Hollein, the Met’s director, said in a statment. “Engaging with the past, while also exploring a space of speculative imagination, Halsey offers us a powerful statement about civic space, social activism, and a reconsideration of the possibilities for architecture and community engagement.”

Halsey is the tenth recipient of the Met’s Rooftop Commission, which has previously gone to Imran Qureshi (2013), Pierre Huyghe (2015), Huma Bhabha (2018), Alicja Kwade (2019), and Alex Da Corte (2021). After its run at the Met, Halsey’s installation will travel to South Central Los Angeles, where she is currently developing a major public commission. In addition to her artistic practice, Halsey is also the founder of the Summaeverythang community center, which aims to give organic food sourced from local Southern California farms to residents in South Central and Watts.

Sheena Wagstaff, the Met’s chair of modern and contemporary art who is curating the commission with Abraham Thomas, said in a statement, “Halsey’s activist vision offers a portal into the near future. She has created a monument to living architecture, carved exquisitely with a pictographic vernacular that meshes ancient hieroglyphs with the visual motifs of her home and community. It proposes an urgent paradigm, an ancient-modern vessel that carries a radical message, a vital corrective to the inequality of lived experience today, both nationally and globally. It proposes the vital tenets of a new civilization characterized by truth and justice. Like the ancient Egyptians, she anticipates a meaningful afterlife for her work.”