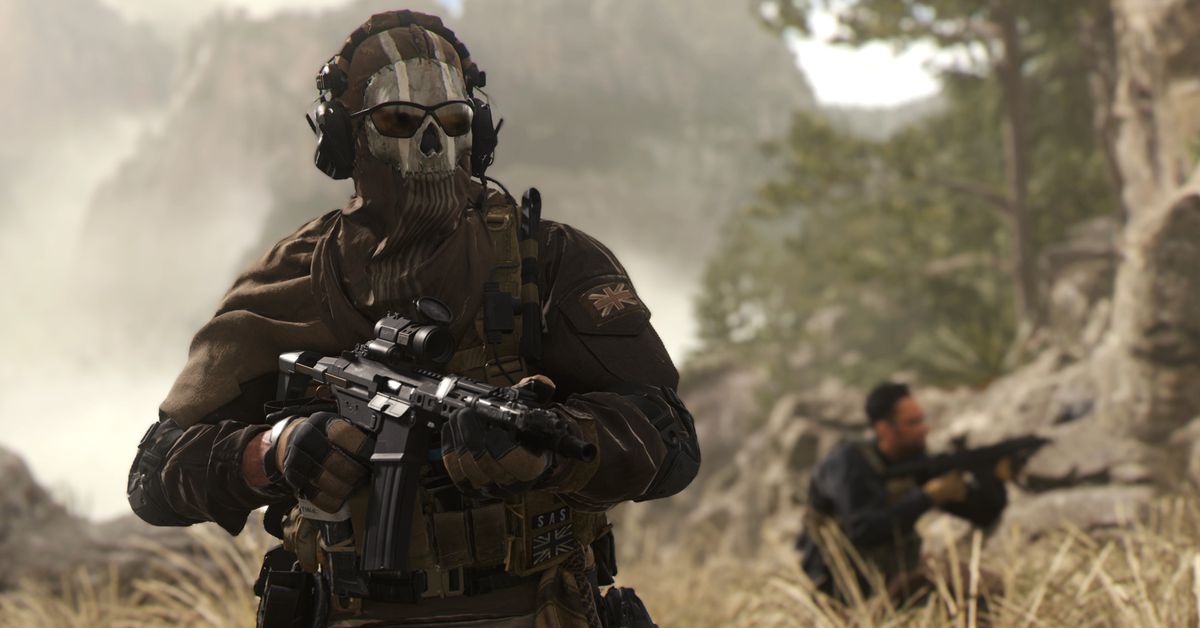 On the evening of Oct. 26, the popular streamer Jack “CouRage” Dunlop issued a public apology to his girlfriend. In a tweet, he said, “Call of Duty: Modern Warfare 2 launches tomorrow. You will not see me. You will not hear from me. I will be playing until my hands fall off. I’m sorry for what I’m about to do.”

The tweet spoke to his excitement about the next installment of the popular first-person shooter game and served as a cheeky way to let his girlfriend know that he would be absent for the days following its launch. It also summoned other self-described Call of Duty boyfriends who commented on the tweet in support of Call of Duty boyfriend behavior. In the coming days, TikTok would come to be filled with girlfriends lamenting the loss of their boyfriends to the new game, sharing messages like, “Saying bye to my bf… he’s not dead, the new COD just came out yesterday.”

Call of Duty is one of the most commercially successful video game franchises. Call of Duty: Modern Warfare 2 surpassed $1 billion in sales within 10 days of its release, Activision announced, breaking the world record for sales previously held by Call of Duty: Black Ops 2. Critics have covered the political ideology of the games and the messages about war they communicate, but less attention has been paid to the real-life people who play these games, and the way it shapes their lives — or, maybe more accurately, the way it takes over their lives.

Being a COD boyfriend isn’t really about being a literal boyfriend. Anyone can be a COD boyfriend if they want, regardless of gender identity or relationship status, according to the self-identified “Call of Duty boyfriends” I spoke to. Still, the idea of Call of Duty boyfriends has taken over social media, as couples play into — or playfully push back against — “gamer boyfriend” gender stereotypes. But some of these boyfriends find themselves bristling against the label.

“I can be quite competitive in games so I suppose nothing is quite as magical to me as queuing up with friends and just collaborating together to get some W’s haha,” said Maxine, who considers themself a COD boyfriend, via Twitter. They have been playing Call of Duty games since 2009, and they had planned to spend Modern Warfare 2’s launch day online with friends, even canceling plans with a romantic interest in order to do so. Call of Duty and video games have long served as a way that Maxine connects with friends.

“I don’t think it’s a coincidence that the best relationships I have aren’t with my immediate family or real life friends but with people I play games with,” they said. “Specifically, my relationships are best when we both genuinely care about each other, play games together, and are both too busy to want more of the other.”

On TikTok, however, the “Call of Duty boyfriend” is often a vehicle for couples to make light of gendered stereotypes, by dunking on men who play video games or women who can’t play games. One popular video spoofs on a girlfriend who is clueless while playing, and who picks up the game after her boyfriend hastily hands her a controller; she then follows directions from his teammates in the voice chat. Another popular format of video points out how disruptive late-night gaming sessions can be, parodying the moments when the sound of gunshots from the game wake a girlfriend up. Another trend teaches cuddling positions that allow for physical contact with a “gamer bf,” but only in a way that doesn’t completely interfere with his ability to continue playing a game.

There are plenty of COD boyfriends who find ways to balance their relationship with playing tons of the game. “I haven’t really played the game to the point of absolutely ignoring her or avoiding her,” said Rafay, about his girlfriend. He first played Call of Duty as a teen on his Xbox 360, and he’s kept up with the games since. “I’ve sacrificed some sleep at times in order to play and spend time with her too.”

He told me that other than the odd argument here or there, it hasn’t really gotten in the way of their relationship. “She has found it violent and doesn’t really understand the appeal but I get why she thinks that way about it,” he said. According to him, his girlfriend views it as a “typical guy” game, but she understands he’s also into other games that fall outside what a typical gamer bro might play, like Pokémon.

The violent nature and politics of the games have led some COD boyfriends to question their love of the series. The ideologies portrayed in Call of Duty, in addition to sexual harassment and discrimination lawsuits filed against franchise publisher Activision Blizzard, led Maxine to consider dropping the series altogether. In the end, they returned to playing mainly because of the friends they made there.

“What changed was that enough of my friends and family were going to get the game that I figured I should too, to help maintain relationships. As I’ve gotten older I’ve become a bit of a pessimist I suppose. If I was younger maybe I would have not bought the game on principle but I work a bit more and it’s become harder to stay connected to people.”

And then there are the COD boyfriends who have ultimately put down their controllers. Collin, who has played Call of Duty since high school, recounted his experience of growing apart from his friends who played it. In high school, he skipped out mid-match while playing Call of Duty: World at War – Zombies to go see his girlfriend.

“I told my friends that I had to go, but I still wanted the achievement!” he said. “So, I just AFK’d in the game and stood in a corner, hoping that my friends could carry my dead weight and complete the final steps without me. But the space was tight, the difficulty was scaled for 4 people, and they ultimately failed and all died.” The issue caused a falling out in the friend group, who said he was “putting her over them.”

Collin’s high school predicament gets at a larger dynamic that underpins the COD boyfriend. Beneath it all, there’s this idea that doing anything else takes time away from “Call of Duty and the boys.” But the COD boyfriends I talked to mostly identified with the label in whatever ways they wanted — from using it to spend more time with friends, to finding ways to have a life outside it, to stepping away from it completely. Collin said that embracing life with his girlfriend — whom he has since married — has opened joy in his life, and now he lives with her and shares the joy of games with her.

“My wife is amazing and understands that games are important to me and encourages me to make time for them and play with my friends when I can,” Collin said. “She listens to me gush about whatever game I’m currently playing or whatever industry news is breaking that day without knowing fully what I am talking about, but since I’m passionate about it, she cares.”