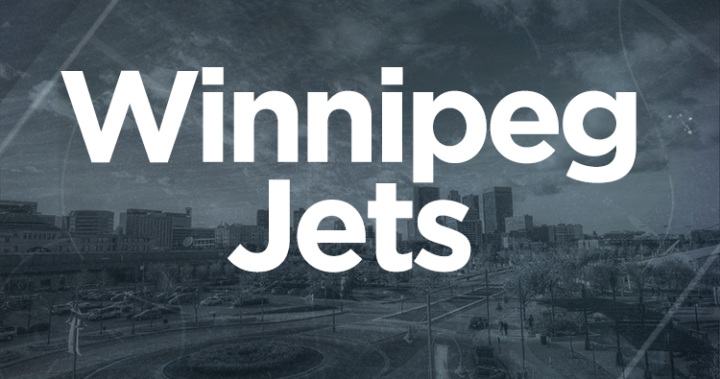 TORONTO – Auston Matthews scored his 50th goal of the season as the Toronto Maple Leafs thumped the Winnipeg Jets 7-3 on Thursday night.

The sniper, who buried his team’s sixth goal into an empty net with 2:06 left in regulation, is the first Leaf to hit the half-century mark since Dave Andreychuk scored 53 in 1993-94.

William Nylander added two on the power play to go along with an assist and Ilya Mikheyev had a short-handed goal as part of his first three-point night in the NHL for the Leafs.

Nikolaj Ehlers, with a goal and an assist, Blake Wheeler and Paul Stastny replied for Winnipeg (33-26-10). Eric Comrie stopped 31 shots.

The Leafs were coming off key victories over the Florida Panthers and Boston Bruins in the race for Atlantic Division playoff seeding, while the Jets picked up a crucial 3-2 shootout victory against the Buffalo Sabres on Wednesday as they continue to battle for a wild-card spot in the Western Conference.

Matthews joins Andreychuk, Rick Vaive (three times) and Gary Leeman as the only Leafs to reach the half-century mark.

“It feels like just another game day,” Matthews said following the team’s morning skate with 50 beckoning. “I don’t really stress about that stuff too much.”

Kallgren got the start with Petr Mrazek likely to be out at least six weeks with his third groin injury of the season suffered in Tuesday’s 6-4 victory over Boston. No. 1 goalie Jack Campbell (rib ailment) has been cleared medically to resume action for the first time since March 8, but didn’t dress with Toronto set to embark on a four-game road trip starting Saturday in Philadelphia.

The Leafs’ list of absences also included defenceman Ilya Lyubushkin, who took a blindside punch to the head from Bruins winger Taylor Hall last time out.

Trailing 2-1 after the first period, Toronto tied things up 1:58 into the second when Nylander banged a Matthews’ rebound off the end boards past Comrie for his 25th goal of the season.

Ehlers then wired his 21st – and seventh in the last 10 games – home on a Winnipeg power play at 3:45 past a screened Kallgren.

But the Leafs got back even at 3-3 just 23 seconds later when Tavares swatted his 23rd past Comrie, who got the start in place of Connor Hellebuyck in the second of a back-to-back.

Nylander poked his second of the night an 26th of the year on another man advantage at 8:40 as the Leafs’ top-ranked power play connected again for Toronto’s first lead.

Mikheyev made it 5-3 when took a pass from Pierre Engvall with the Leafs killing a penalty, settled the puck on his stick and fired his 15th upstairs at 13:55 for his team’s league-leading 11th short-handed goal.

Nylander had a great opportunity to secure his second-career hat trick five minutes into the third, but was his rebound chance with Comrie at his mercy go off the stick of Jets defenceman Adam Stanley.

Matthews, meanwhile, pressed for No. 50, but couldn’t find a way through Comrie until the goaltender was on the bench for an extra an attacker.

Winnipeg opened the scoring at 3:19 of the first when Wheeler stepped around Giordano before scoring his 12th.

The Jets made it 2-0 at 7:45 when Stastny took a rebound off the end boards and fooled Kallgren on a wraparound for his 18th.

Giordano made up for his earlier mistake on the Wheeler goal when his attempted pass pinged off two defenders for his seventh of the campaign – and first as a Leaf at 15:03.

Matthews was twice robbed of 50 goals by COVID-19. He found the back of the net 47 times in 70 games in 2019-20 before the pandemic abruptly ended the regular season before putting up 41 in 52 contests over the course the 2020-21 coronavirus-shortened campaign to win his first Maurice (Rocket) Richard Trophy as the NHL’s top goal-scorer.

Matthews ran away in the overall goal title last season, but things are much tighter this time around with Edmonton Oilers star Leon Draisaitl scoring eight in his last five contests to hit 49.

“I’m not too surprised,” Matthews said prior to the game against Winnipeg. “He makes stuff happen every night.”

Thursday was Matthews’ 62nd game of the season – he missed three because of injury and two via suspension – while Draisaitl has suited up for each of Edmonton’s 68 contests.

The Leafs and Jets played a physical game in Winnipeg in early December, with the home side building a 5-1 lead before coming away with a 6-3 victory.

“Is there anything better than beating the Leafs?” Jets centre Mark Scheifele asked teammates post-game that night in a video that featured on Winnipeg’s social media. “Anything better?”

“I know when I used to play the Leafs I’d want to crush them every single time,” he added. “I know that feeling.”

After Matthews scored his 50th, the rough stuff resumed with Toronto’s Kyle Clifford fighting Brenden Dillon before Liljigren scored his second on a late power play.

This report by The Canadian Press was first published March 31, 2022.