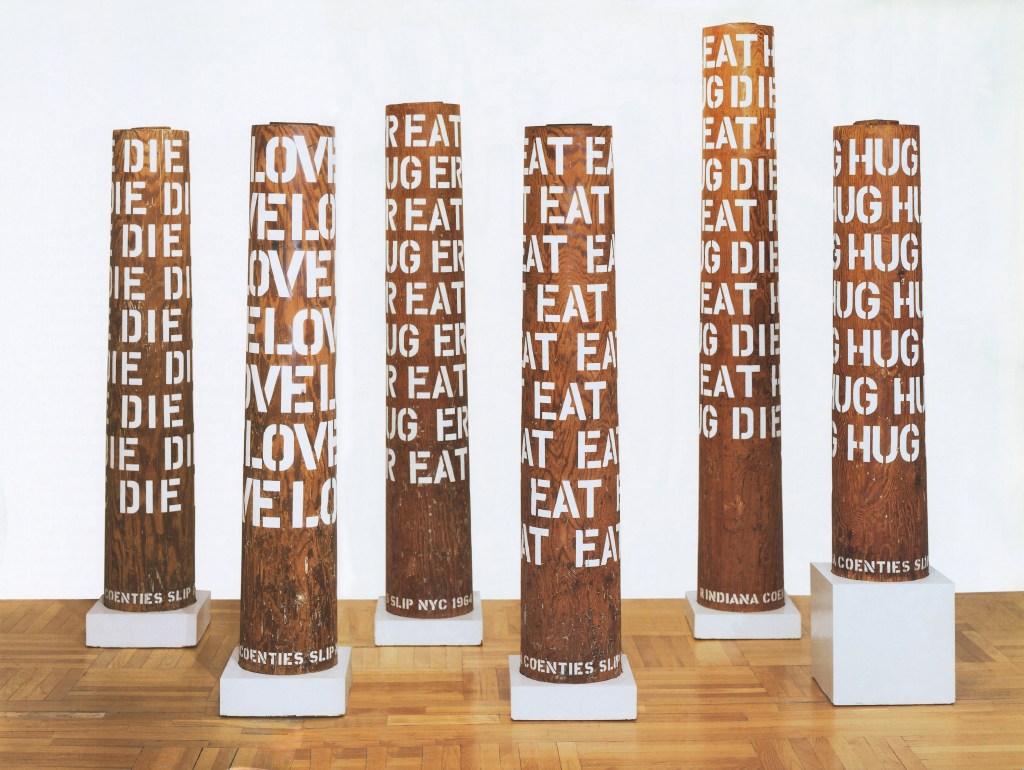 A preeminent American Pop artist is making his full-scale British debut. The Yorkshire Sculpture Park in England has announced a retrospective of Robert Indiana’s work to open next March and run through January 2023. Spanning 60 years of the artist’s career, this will be the first survey of Indiana’s sculptures outside the United States.

Indiana, who died in 2018 at the age of 90, is widely celebrated as a pioneer of the Pop art movement, though he often bristled at the association. His most enduring works drew inspiration from the billboards, highway signs, and commercial logos that became commonplace in postwar America. It was personal and political, a break from the consumerist preoccupations of his contemporaries.

His simple, vibrantly colored graphic designs were a hit with the public. The series Love, intended as a Christmas card for MoMA in 1965, has been adopted by generations of activists as an emblem for various causes—the peace movement, AIDS awareness, and, most recently, voting rights. Relentless reproductions have made Indiana one of the most familiar artists in the American canon. In 2009, he told Art in America that his goal was to “see a ‘Love’ sculpture in every major city in the world.”

“Robert Indiana: Sculpture 1958-2018,” curated by Clare Lilley, will include a version of Love—it’ll greet audiences at the entrance to the park—among 57 sculptures as well as significant paintings and prints. Among those featured will be Indiana’s earliest collages and assemblages of found objects and scrap materials taken from industrial buildings in New York; the monumental canvas Love is God (1964); and The Slips (1959-1960), an homage to the area in Lower Manhattan where Indiana lived amid a community of like-minded artists including Ellsworth Kelly, Andy Warhol, Agnes Martin, and Cy Twombly.

The artists, in particular Kelly and Twombly, had a profound influence on Indiana’s practice. “This was my first head-on contact with painting of any geometric, or clean hard-edge style,’ he said. ‘I never knew a painter who worked in this manner.”

Indiana’s One Through Zero (The Ten Numbers), a “number sculptures” inspired by his fascination with numerology, will be installed outside. “Numbers fill my life,” Indiana once said. “They fill my life even more than love. We are immersed in numbers from the moment we’re born.”