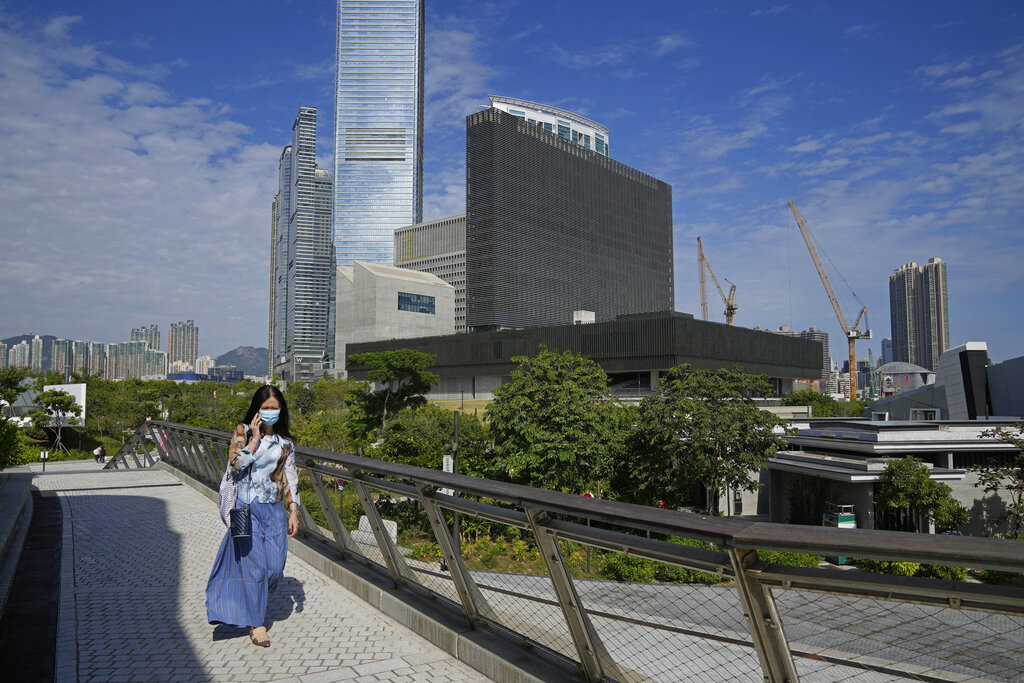 ARTIST UPDATES. In the New York Times, writer Siddhartha Mitter checked in with Kevin Beasley in New Orleans. After being invited to participate in the Prospect triennial there, Beasley acquired land, and he is transforming it into a multifarious public garden. “I could argue that it’s a sculpture, the entire thing,” he said. “But that debate is less significant than what the thing is actually doing.” In Interview, Rachel Small chatted with Judy Chicago about her current show at Nina Johnson in Miami, which includes new glassworks. Regrettably, one broke on its way to the gallery. “Glass breaks,” Chicago said. “It’s just part of the process.” And the Associated Press talked to Elizabeth Williams, a courtroom artist who sketched the Ghislaine Maxwell trial. Williams said that, one day, Maxwell “started posing for us. I was like, ‘OK! All right. If that’s what she wants!’ And that was the picture of the day other than the fact that she got, you know, convicted.”

REVIEWING THE RULES. The Smithsonian is currently completing a six-month review of the ethics of the collection practices of its many museums, Peggy McGlone reports in the Washington Post. “We want to make sure things are being preserved in the right place, not just our place,” Smithsonian Secretary Lonnie G. Bunch, who created the Ethical Returns Working Group, told the paper. McGlone also spoke to the Smithsonian African Art Museum ‘s director, Ngaire Blankenberg, about her decision to remove from view its Benin Bronzes, which were looted by British soldiers in the late 19th century. Their repatriation to Nigeria would require Smithsonian approval.

As Hong Kong institutes tough new social-distancing measures to combat the coronavirus, the just-opened M+ museum will close its doors to the public until January 20. [Ocula]

Peter Bogdanovich, who directed classics like The Last Picture Show (1971), and who enjoyed a late-career star turn on the The Sopranos (1999–2007), died at 82. Bogdanovich started his career as a film programmer at the Museum of Modern Art, where his father had taken him to see movies when he was five years old. [Associated Press/PBS News Hour]

Officials in Virginia Beach are looking into the possibility of relocating the local Virginia Museum of Contemporary Art, whose current home reportedly has leaks. [The Virginian-Pilot]

Antonio Ratti looked at the remarkable history of the Luristan Bronzes, charismatic sculptures that caught the attention of the antiquities market in the 1920s. They have been dated to between the 11th century and the mid-7th century BCE, but the identity of their makers is debated. [National Geographic]

Curator Racquel Chevremont and Keli Goff, the writer and supervising producer of the new Sex and the City series, And Just Like That…, discussed how they went about creating a scene that features work by a number of Black artists (and that some found cringe-worthy). [Town & Country]

Environmentalist and art collector Leonardo DiCaprio has had a tree named in his honor, the Uvariopsis dicaprio. Researchers with the Royal Botanic Gardens discovered the species in the Cameroon rainforest, and wanted to recognize DiCaprio’s efforts to protect the area. [New York Post]

DO WHAT YOU LOVE. Artist Tracey Emin is opening an art school, a museum space, and a residency program in her hometown of Margate, England, ARTnews reported, and she seems to have worked out ambitious plans for all of those initiatives—as well as strict rules. Emin told the Guardian that there will be “no subletting, no smoking, no loud music” in the 30 studios she plans to build, which will have very affordable rents. “So it’s organically making the place right for the right people,” she said. “I love art. And I love property. And this way I’m combining both my loves and doing a bit of good.” [The Guardian]

School and other cancellations around southern Manitoba on Wednesday

School and other cancellations around southern Manitoba on Wednesday