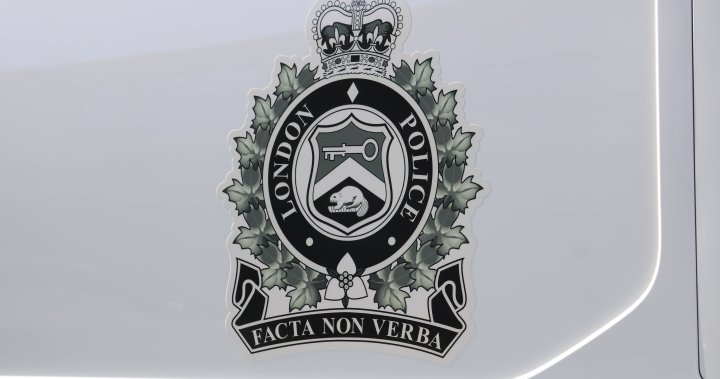 Looking back, 2020 was a unique year when it came to policing during the start of COVID-19, and 2021 was no different in London, Ont.

London police Chief Steve Williams said there were a lot of challenges police faced, from officer burnout to the types of calls they responded to daily.

“The time we spend on roughly the same number of calls from a couple of years ago is quite a bit longer,” Williams said.

Williams noted that not unlike other areas, London has seen an increase in guns in the community, with more officers finding them in regular searches and not just investigations.

In 2020, London saw four murders, compared with 13 this year, which Williams said is a concern but hopefully not a new pattern.

The program partners two mental health professionals with a police officer to reduce police-led responses to mental health or addictions crisis situations, and improve outcomes for those involved by making sure they get the care they need in the appropriate setting.

Williams said the program focuses on reducing the number of repeated mental health calls by helping address the root cause of their issues.

The number one issue Williams said the force is dealing with is officer burnout.

“One thing that often gets lost in the conversation is our members have families, they have loved ones they have not been able to visit with,” Williams said.

“Just like everyone else, their lives have been turned upside down, but by the very nature of the work they do they cant be as flexible, most can’t work from home, so they are dealing with COVID in a very personal sense.”

To address the issue, Williams said they are adding more officers and making sure officers have access to mental health supports.

Two tragedies that had an impact on officers and the community this year are the London vehicle attack in June and the crash on Riverside Drive in November that involved a Girl Guides troop.

In June, five members of the Afzaal-Salman family were out for an evening walk in the city’s Hyde Park neighbourhood when they were struck by a pickup truck. Local police have labelled the attack a hate crime and say the family was targeted because of their religion.

Then in November, an eight-year-old girl was killed, and nine other pedestrians, including a Girl Guides troop, were injured after a car veered off the road.

Both cases are still under investigation, and Williams said they took a toll on the officers who responded.

“If there is anything positive that came from this was the manner in how our officers responded, but also the way the community comes together.”

Moving into 2022, Williams said helping stop officer burnout will be a key priority and hopefully looking at the end of the ongoing COVID-19 pandemic.