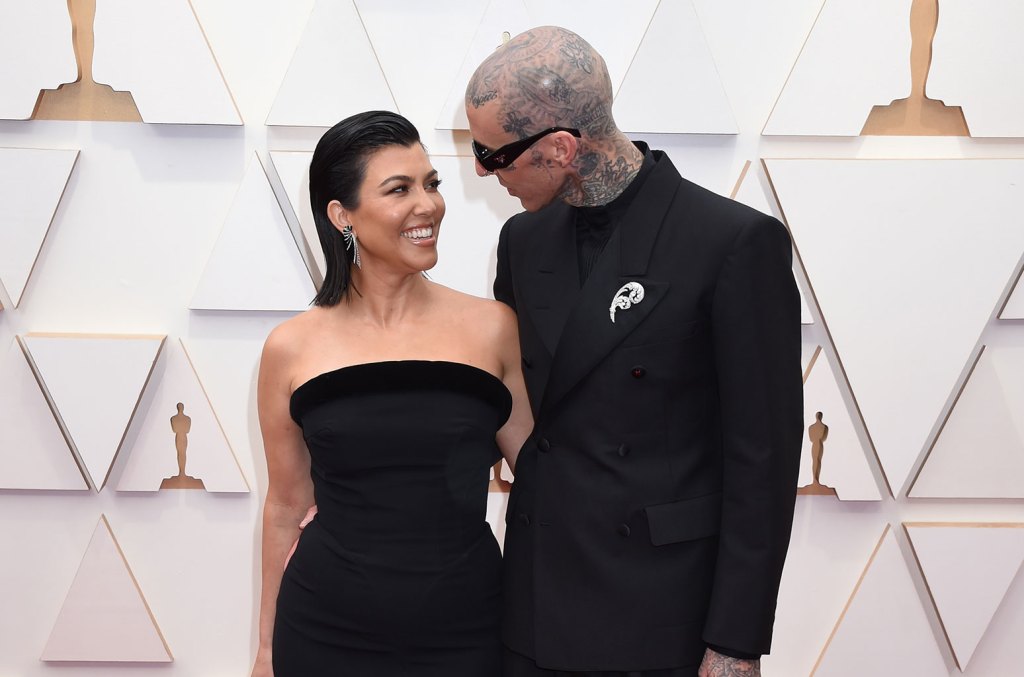 Turns out, spontaneously and drunkenly deciding to get hitched in Las Vegas isn’t as easy as TV shows make it seem. Kourtney Kardashian recently revealed that she and fiancé Travis Barker tied the knot hours after the 2022 Grammys in a Sin City wedding chapel complete with an Elvis impersonator — but there was one catch: The union wasn’t actually legal, as the couple wasn’t able to secure a marriage license.

During her Wednesday (April 6) appearance on Jimmy Kimmel Live! alongside her mom and sisters (minus Kylie Jenner), the 42-year-old reality star explained to Kimmel — who had just pronounced her “Kardashian of the week” — exactly what happened at roughly 2 a.m. this past Monday morning. “There was no possibility to get a marriage license at that hour,” she said, correcting the comedian when he called her nuptials “fake married.” “We asked, like, five times, ‘What do we have to do to make this happen?’”

That prompted a little confusion from Kim Kardashian, who pointed out that many moons ago, she had successfully gotten married in a similarly impromptu Las Vegas chapel ceremony. She and music producer Damon Thomas, who is 10 years older than she is, eloped when she was just 19. “I feel like when I did it, it was, like, 3 in the morning,” she told Kourtney.

“It was 2 a.m. and they were like, ‘It opens at 8 o’clock,’” Kourtney replied, noting that she and the drummer did want to get married “for real,” as Kimmel put it. “We just did it anyways. It’s what’s in the heart.”

Perhaps if Kim had been present at Kourtney and the Blink-182 drummer’s nuptials, she would have been able to lend her experience and give advice as to how to procure a last-minute license. But alas, she slept through the whole thing and found out about it the next morning via text. “She put it in the group chat, like, ‘Oh hey, guys, by the way, I got married last night,’” the Skims entrepreneur laughed.

Kourtney and Barker first made their relationship official to the public on Valentine’s Day last year, and got engaged in October. The Poosh founder, who is a mother of three, confirmed their Vegas adventure in an Instagram post a day after it all went down. “Once upon a time in a land far, far away (Las Vegas) at 2am, after an epic night and a little tequila, a queen and her handsome king ventured out to the only open chapel with an Elvis and got married (with no license),” she captioned a photo reel of snapshots from their big night. “Practice makes perfect.”