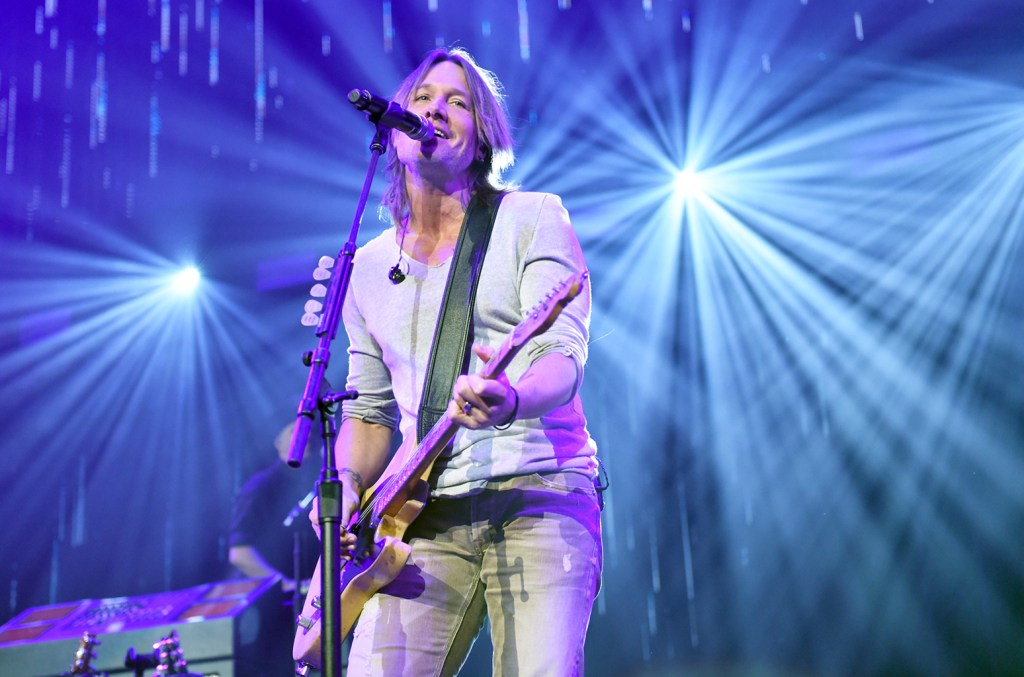 When Keith Urban kicked off his first Las Vegas residency at the Colosseum at Caesar’s Palace in 2019, he wasn’t sure how he’d feel about it.

“I resisted a residency in Vegas for a few years. We got asked to come there quite a few years ago,” Urban says. “I just didn’t think I would like it because in my head, it just seemed like the word residency just felt like, ‘Oh, you just doing the same show in the same place night after night after night’ and that just sounded like an episode of Severance to me. But when we saw the Colosseum, I was ‘Oh my god, I think we’ll have a blast in here.’ I was surprised how much I loved it.”

He loved it so much that he is beginning a new Vegas residency March 3 at Planet Hollywood Resort & Casino’s Zappos Theater. Tickets for his 16-date run go on sale Nov. 12.

Before he heads back to Las Vegas, Urban will appear on Good Morning America Wednesday (Nov. 9) from Nashville’s Bridgestone Plaza to help kick off the Country Music Association Awards, which take place that night at Bridgestone Arena and air on ABC. “I love playing on the plaza, but I don’t know that I’m ever going to get used to getting up at 4:30 in the morning to sing,” he says.

Then, he will take his The Speed of Now World Tour to Australia in December.  But first, he talked to Billboard about the new Las Vegas run, his new music and more.

Why the move from the Colosseum to Zappos Theater?

It’s all the Caesars corporation, so it’s still in the family. That room is a little bit bigger than Colosseum (4,600 versus Colosseum’s 4,100 seats). I haven’t played in there yet, but I’ve been in there and it felt a little more geared towards the kind of energy that I was trying to create at the Colosseum. It was just a collective agreement that the move would be really good so we just jumped at it.

How is the preparation for Zappos going?

I’m bringing in this guy called Roy Bennett [who] has put together shows for me in the past, I can’t recall which tour we did, it might have been around the Light the Fuse tour or Ripcord.  Roy designed that whole production for me and I loved working with him so I brought him in to help me conceptualize what we’re going to do at Zappos. We’re gonna take advantage of the space.

Some of the artists with Vegas residencies put on a more elaborate production show than they take on the road. Are you doing that or do you feel your shows should have the same production no matter where the fans are?

So we’re not going to see you descend from the ceiling in feathers?

Well, there that goes that idea.

Did you notice any difference in your Vegas audiences from your run at the Colosseum from other shows?

Yeah, probably a little bit drunker on certain nights, which is right up my alley. I love a drunk audience. I’m all about it. But one of the things that I noticed was I’d always say, “Who lives here in Vegas?” and I would see a lot of hands go up. I love the fact that a lot of the locals wanted to come out and see us play. Obviously, they can go and see everything and they’ve seen everything and the fact that they they’re seeing us really, really moved me.

You put out a new song, “Street Called Main,” a few days ago. It’s written by Chris LaCorte, Josh Miller and Scooter Carusoe. What did you think when you first heard it?

That one to me was just immediate. I was thinking when I hear a song that I didn’t write, say [current single] “Brown Eyes Baby” or any of these songs, I realized that I love it for the same reason that any of us love a song the first time they hear it on the radio or streaming, whatever it is. There’s just something that we love about a song and in that moment I’m just the person listening to a song that I either love or don’t immediately.  “Street Called Main” just had that thing about it — the melody, the lyric… I was in right out of the gate. I love that song.

So you’re listening as a fan first.

It’s got to be a feeling and it drives some of the song pluggers nuts because they go, “What are you looking for?” And it’s not what I’m looking for, it’s what I’m feeling for.

The artwork for “Street Called Main” is an homage to the classic scene in Say Anything when John Cusack’s character holds a boombox over his head as “In Your Eyes” plays. Did your daughters even know what a boombox was and what you were referencing?

They don’t know what I was referencing. They haven’t seen Say Anything yet. But I wanted to recreate that look for years and years. I just had to wait for the right song. And I just felt “Street Called Main” had that thing about it that if we could find similar clothes …. So I was like rummaging through my closet trying to find an overcoat that looks similar to the one John was wearing, sneakers and a T-shirt, and I was trying to replicate it as best I could. I didn’t quite nail it. Well, I got pretty close, but I love that movie. And I love that scene. It’s so iconic.

And did you have the boombox at the ready?

Oh yeah, I’ve got a few boomboxes here. I love tape. And already there’s been quite a strong cassette through-line on this album because the very opening of the “Wild Hearts” video is me putting a cassette into a boombox. And then of course the cover of “Brown Eyes Baby” is a cassette. The video that we just shot for “Brown Eyes Baby” features her using a cassette, and then of course “Street Called Main” [has] the boombox and on the cover. I love cassettes because they don’t skip.

Are you and co-producer Dan Huff in the studio right now working on the new album?

I was with him yesterday. Yeah, working on another song that’s more of a jamming, stomping up-tempo, summer, windows down anthem. So we were feverishly working away to try and finish out the rest of this body of work, which I hope will come out early mid next year.

You are headed to Australia, where you grew up, to play after touring the U.S. this past year.  Is there anything in particular you’ve noticed about your audience since you were able to get back on the road?

This tour has really been a much bigger thing. I knew it was going to be a big year of touring, but I think it’s been beyond that. In interesting ways, the tour has been really revelatory for me in the people we’ve played to, the energy that we’ve played to, the diversity and the audiences. I’ve been shocked night after night of how many new people were there. And early on, I started asking people, “Hands up. Who’s never seen us play before?” And sometimes a third of the hands would go up. It was amazing. I’ve never seen that before. And I would see them not knowing tons of my older songs, but singing everything off Ripcord and Graffiti U and definitely The Speed of Now.  I wasn’t expecting that and it was a really beautiful surprise.

What do you attribute it to?

I got to hear different ways of feedback from people. Sometimes I would send my videographers out to interview the audience afterwards, because I’m curious about what people like about the show and maybe what songs they missed and that sort of thing. I started doing that a few tours [ago] because it helps me figure out if there’s some songs people want to hear that we didn’t do. One of the questions I would ask of people that have never seen us was what made you want to come and hear us, and a lot of times it was, “Well, my friend told me I really needed come see the show.” So it was people dragging people along that created this new audience. And then other people, it was just word of mouth. I heard a lot of people saying that they heard great things about the tour and they wanted to come out and see it. So whatever the reason was I was elated, and this whole tour has been that the whole time. It’s been an unexpected gift this year for me.