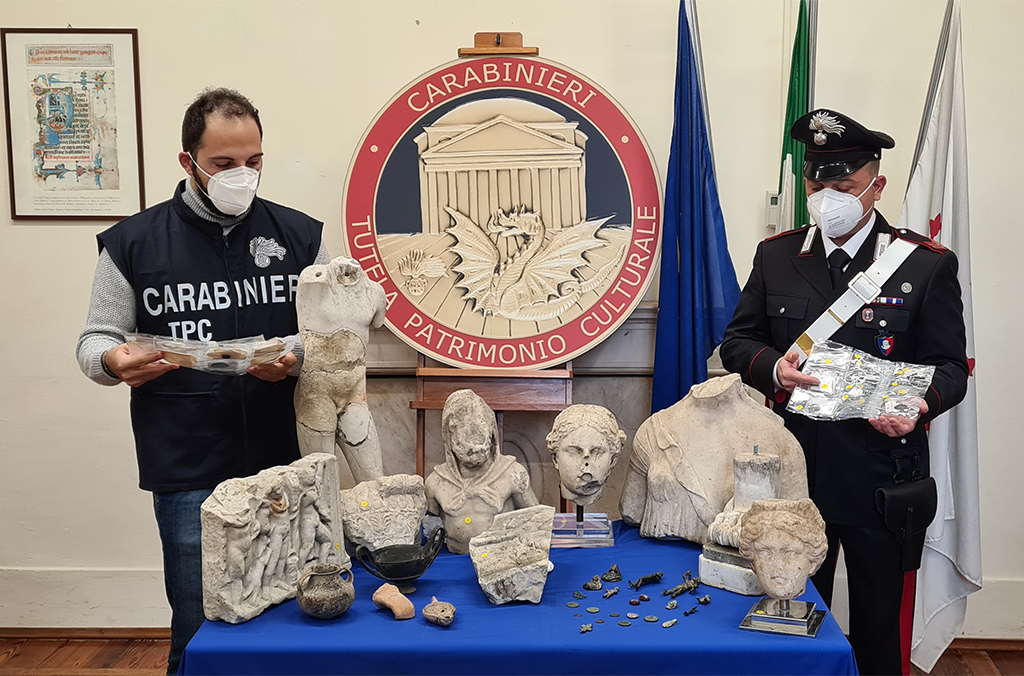 Nearly 10,000 artifacts, including ancient coins, paintings, musical instruments, and sculptures, have been recovered during a months-long operation carried out by European authorities across 28 countries.

More than 9,400 items were seized during the operation overseen by members of the Spanish police in tandem with Europol, Interpol, and the World Customs Organization. Fifty-two people were arrested during the operation targeting illegal trafficking of cultural artifacts, which was carried out between June and September 2021.

As part of the ongoing effort, more than 170 investigations are still underway, with additional seizures of cultural objects and arrests expected to take place, the representatives for the police operation said in a statement. The mission involved seizures in airports and at border checkpoints, as well as in auction houses, museums, and private residences. It is part of an ongoing operation launched in 2016 involving authorities across nearly 30 countries spanning the European Union, as well as the U.K. and the U.S.

In France, Pre-Columbian statues and Aztec artifacts were seized by authorities. Meanwhile, gold coins from the Roman Empire worth an estimated $1 million that had been looted from archaeological sites in Spain were found. Italy’s police force seized 79 archaeological artifacts across locales in the Mediterranean. And a 13th-century cross seized was returned to the Evangelical Church Museum of Cisnadie in Romania, where it was stolen in 2016.

Two paintings by Kees Verweij, a Dutch artist active during the first half of the 20th century, were among the few works of stolen fine art to be recovered during the four-month long operation. The paintings were reported as stolen after being peddled for sale at an unnamed auction house in Amsterdam.