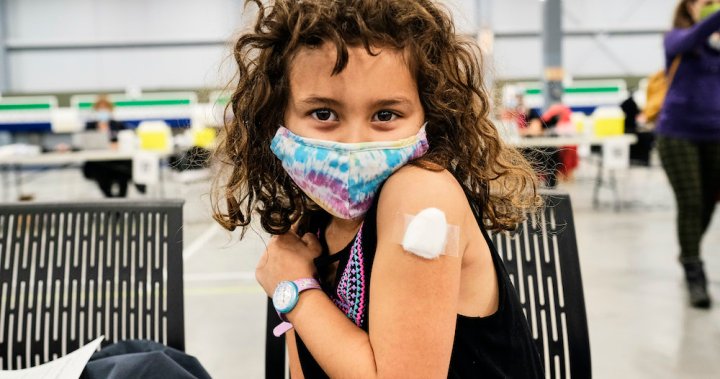 The term “immunity debt” is circulating widely online as an explanation for a significant surge in respiratory illness in Canada, but infectious diseases experts say the term and the narratives around it are “dangerous” and can promote COVID-19 “misinformation.”

Two variations of how “immunity debt” is being interpreted have emerged in recent weeks, as emergency departments and children’s hospitals across the country have been swamped with more patients sick with respiratory viruses than they can handle.

Wait times in children’s ERs are spiking. Here’s a look at how long you might wait

The first hypothesis suggests people’s immune systems are weaker now, due to a lack of exposure to viruses while observing COVID-19 public health measures over the last two-and-a-half years.

But this notion that governments and public health officials have been “coddling” the public’s immune systems by wearing masks and staying home and that this has eroded people’s immunity to other viruses like influenza or respiratory syncytial virus (RSV) is simply not true, says Colin Furness, an infection control epidemiologist and assistant professor in the faculty of information at the University of Toronto.

“That is, in my estimation, and any immunologist will tell you this, nonsense,” he said.

“It imagines that the immune system is like a muscle where, if you’re not using it, then you lose it, it atrophies.”

In fact, Furness likens the immune system to a collection of photographs. When people take photos and put them away in an album, the photos don’t fade over time just because they aren’t being looked at regularly.

With age, the immune system does start to become less effective at preventing illness, in the same way an elderly person might find it harder to see their photos as their eyesight weakens.

But this is a function of age affecting the immune system, not because it is not getting enough exposure to illnesses, he said.

“In children and in young, healthy people, there is absolutely no mechanism by which your immunity weakens on its own,” Furness said.

“In other words, you don’t have to keep getting sick in order to be healthy. It makes no sense at all in any way, shape or form — when we encounter a pathogen and we form an immune response to it, that is a lifelong memory, no question.”

Dr. Samira Jeimy, an allergist and clinical immunologist at St Joseph’s Health Care London, agrees, saying the idea that one’s immune system can be weakened due to lack of exposure to illness “shows a basic lack of understanding of how the immune system works.”

“There’s almost like an old wives tale, that you need to get sick to develop a healthy immune system. That’s actually not true.”


In reality, children who get RSV infections repeatedly or at a young age are at more risk of diseases like asthma that will follow them all through their lives, she said.

The second interpretation of the term “immunity debt” purports that more babies and children than ever are getting seriously ill with respiratory viruses because there was delayed exposure to these illnesses over the last two-and-a-half years — again due to lockdowns and masks.

As a result, there is now a double cohort of children and babies getting exposed to RSV, flu and other viral illnesses all at once, thanks to the lifting of masking and distancing in schools and daycares, and this is why children’s hospitals are being overrun.

While part of this may be true, it doesn’t explain why so many children are not only getting sick, but are also becoming seriously ill to the point of needing hospitalization, Jeimy said.

What is RSV? Here’s what to know about the virus as cases surge in Canada

So why are so many kids experiencing severe illness from seasonal viruses?

Emerging evidence suggests COVID-19 may be to blame, Furness says.

“COVID, like many viruses, harms the immune system as part of its strategy,” he said.

What isn’t yet clear is how much damage COVID-19 may be doing and what long-term effects this could have, he said.

“The leading hypothesis now is that COVID is harming the immune system. To what extent and how permanently, these are things we don’t know. But that’s what the data seem to be telling us and it’s something we should be really concerned about.”

This is one of the reasons both Jeimy and Furness say they are deeply concerned about the theories around “immunity debt” and why they say they’ve taken steps to speak out publicly to debunk the narratives that emerge from it.

Blaming COVID-19 public health measures like masking and distancing on the current surge in respiratory illness across the country is not only false, it promotes the notion these measures should be shunned at a time when they should be embraced even more, Jeimy said.

Coronavirus misinformation is spreading — what is Canada doing about it?

“I actually think (immunity debt) is a dangerous term to throw around because it sort of confers a negative connotation to public health measures that have saved us from morbidity,” she said.

While this idea may have come from a willingness among some to find easy explanations to complex problems, there is concern that it’s also part of some campaigns of “misinformation” about COVID-19 measures and vaccines that have been proliferating online and in many communities, she added.

“If, God forbid, we have another pandemic strike us and mitigation measures need to be instituted, or even in the case of this pandemic, if we run into a situation where we have to reinstate some of our NPI (non-pharmaceutical intervention) measures, using this term sort of builds up a resistance among the general population to these measures.

And I think that’s harmful short term and long term.”