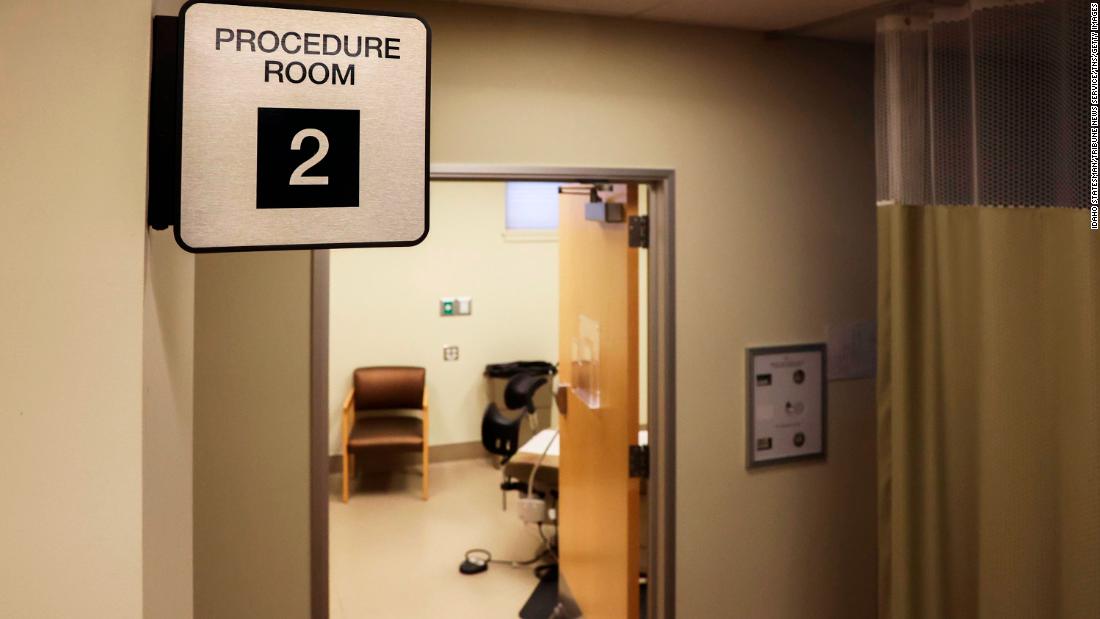 Abortion providers had said in a lawsuit filed last week that the Idaho law violates several provisions of the state constitution and asked the state Supreme Court to intervene before April 22, when the law had been set to take effect.

The court on Friday granted a motion to reconsider, and said that the “implementation of Senate Bill 1309 is stayed pending further action by this Court.”

Last month, Idaho had become the first state to follow the controversial Texas statute that allows private citizens to enforce the abortion restrictions with lawsuits.

Like the Texas law, the Idaho measure outlaws abortions after fetal cardiac activity is detected — a point around six weeks into pregnancy, when many women do not know yet that they’re pregnant.

Also like Texas, the Idaho law tasks enforcement to private citizens, who can bring lawsuits against medical professionals who performed prohibited procedures. Specifically, the Idaho law says that the father of the fetus, as well as his or the woman’s family, can bring lawsuits seeking damages of at least $20,000. It provides exceptions for cases of rape and incest — contingent on the abortion-seeker reporting the crime to law enforcement and providing documentation of that report to the abortion clinic — and in cases of a “medical emergency.”

Bringing the lawsuit is Planned Parenthood Great Northwest, Hawai’i, Alaska, Indiana, Kentucky, as well as Caitlin Gustafson, a physician in Idaho. They allege that the six-week ban violates the Idaho Constitution’s separation of powers doctrine, its prohibition against “special” laws, its right to privacy provisions, its due process guarantees and its equal protection clause.

“Patients across Idaho can breathe a sigh of relief tonight,” Rebecca Gibron, interim CEO of the Planned Parenthood group, said in a statement.

“We are thrilled that abortion will remain accessible in the state for now, but our fight to ensure that Idahoans can fully access their constitutionally protected rights is far from over,” Gibron said.

The challengers pointed to assessments by the Idaho attorney general’s office and by Idaho Republican Gov. Brad Little, who suggested that the law was likely to be found unconstitutional.

Even as he signed the bill into law last week, Little raised concerns that the “novel civil enforcement mechanism will in short order be proven both unconstitutional and unwise.”

“Deputizing private citizens to levy hefty monetary fines on the exercise of a disfavored but judicially recognized constitutional right for the purpose of evading court review undermines our constitutional form of government and weakens our collective liberties,” Little said in a statement accompanying the signing.

CNN has reached out to the governor’s office for comment.

Idaho providers are focusing their fight on the state Supreme Court after efforts to block the Texas version, which took effect in September, have flailed in federal courts. The US Supreme Court has repeatedly declined requests that it halt the Texas law.

Texas abortion patients are now seeking treatment at out-of-state clinics and the impact would be similar in Idaho, the legal challengers warned, if the state law were to go into effect.

This story has been updated with additional details.