How to get the Steinbjorn armor in God of War Ragnarok 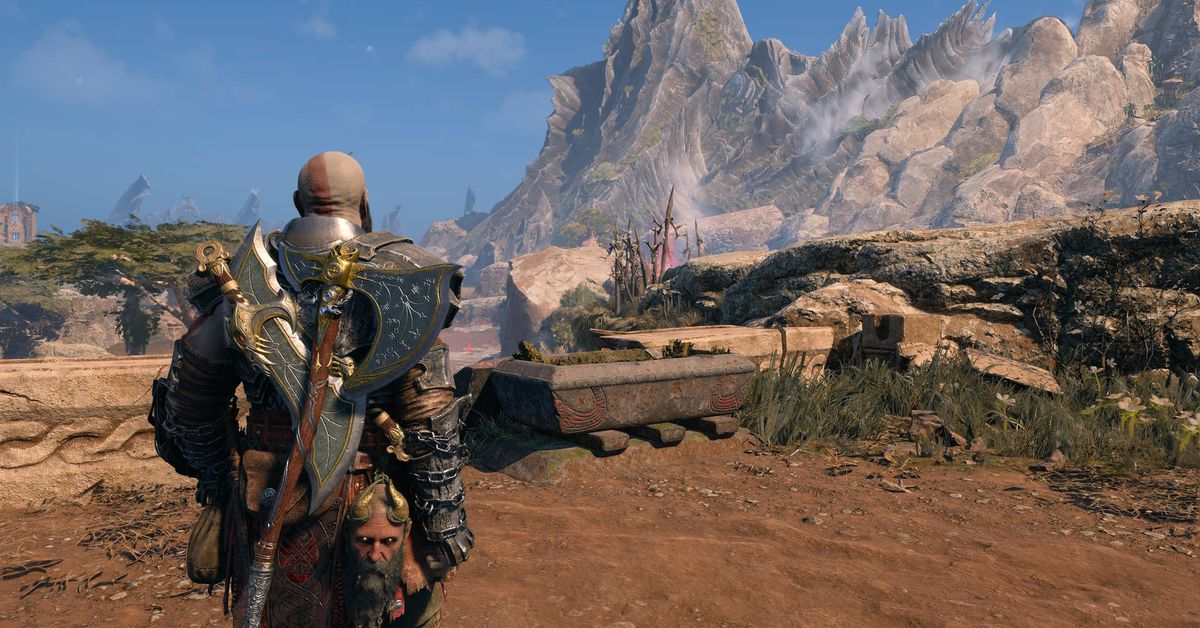 No matter how hard you try, you’re bound to get hurt in God of War Ragnarök. While we don’t have a solution to the emotional damage caused by the story, the Steinbjorn armor set can help with the physical toll. All three gear pieces are focused on providing an absurd amount of defense, which is neat on its own. But the primary skill, which makes it so Kratos’ attacks recover health temporarily after he’s severely injured, sets a promising prospect.

Getting your hands on some of God of War Ragnarök’s best armor sets is fairly straightforward. The Steinbjorn armor, however, requires you to defeat four trolls to gather Slumber Stones, the material needed to craft the armor. Don’t fret, though, as this guide explains the prep you’re going to need before commencing the hunt for each piece, as well as their locations and how to make the most out of the set.

Some prep before you can get the Steinbjorn armor…

Before diving into each one of the locations, here’s a quick list of everything you’re going to need to start this search. Beware that we’ll be mentioning some light story spoilers, so if you don’t want to ruin any surprises for yourself, hold on until you’ve completed the “Forging Destiny” mission of the main story.

At a glance, you’ll need the following before you can get the Steinbjörn armor in God of War Ragnarök:

The order is irrelevant, but it’s worth knowing what’s needed in advance so you don’t waste any time.

The Mystical Heirloom relic in God of War Ragnarök kicks off the mission to gather the Steinbjörn armor pieces. You can find the relic in the Lake of Nine, southwest of Tyr’s Temple. If you look at the map for reference, it’s close to the rock-shaped structures on the bottom.

As you come closer, you’ll notice a crack in the ice wall. Throw a spear and detonate it to open a path. Once you finish tackling the enemies inside, grab the relic from the ground. You can now embark on the quest of gathering the armor pieces.

There are three troll statue locations in God of War Ragnarök, and you can visit them in any order. If you played 2018’s God of War, the fights will be fairly familiar. Equip the relic and, once you’re on the right spot, activate it (L1 + Circle by default) to awaken the troll statue.

There is a troll statue in the Derelict Outpost, an area found in the southwestern corner of Midgard. Make your way through the passage until you stumble upon the ruins. There, you’ll see the troll statue. Activate the relic to begin the fight against the miniboss. Kratos’ axe isn’t the best fit for it, but either the blades or the spear will work well.

Once you’re done, go ahead and grab the loot, including the first Slumber Stone. Two more to go.

Another troll statue awaits you in the Forbidden Sands, right next to the Barrens area of Alfheim. Once you’re able to unlock the door — again, thanks to Freya’s gift — tackle the “Song of the Sands” favor to clear the map, then head to the western corner. The spot is to the left of the center of the area, just behind some wreckage. Hook yourself up to the platform above to find the statue. The blades won’t be a good fit here, so either your axe or spear will do it.

Grab the second Slumber Stone and brace yourself for the final (and toughest!) fight.

Not one but two troll statues await you in Noatún’s Garden, which is an area found on the eastern side of the River Delta in Vanaheim. Here, you can complete a favor with the ghost to clear the poisonous clouds around you, which will make the encounter much easier. Once you’re ready, use the relic one more time and fight the trolls. They each have an elemental resistance (fire and ice), so you can either use the spear or mix things up by switching between the Blades of Chaos or the Leviathan Axe when needed.

That will be all for the Slumber Stones you need. Now, go ahead and craft the armor at any blacksmith shop.

Here are the stats and skills afilliated with each piece of the Steinbjorn armor set:

Starting stats: The armor starts at rank 6 with 123 defense.

Starting stats: The armor starts at rank 6 with 22 strength and 55 defense.

Starting stats: The armor starts at rank 6 with 77 defense.

By far, “Bloodthirsty Retaliation” is the most interesting skill of the bunch. In theory, “Stunning Retaliation I” should be a good companion, and it is to some extent. But since the primary ability focuses on recovering health, we’re going to capitalize on that as much as possible.

In order to establish the best Steinbjörn build, we recommend wearing the Steinbjörn Plackart alongside the Bracers of Raven Tears and Girdle of Raven Tears. The latter two (which are obtained by hunting down Odin’s Ravens) grant the “Healing Efficacy II” skill, which increases healing from healthstones, rage, and gear.

The neat detail of the Raven Tears’ pieces is that their skill also applies to runic attacks. Ideally, you’re going to want to look for attacks that can sustain damage for a few seconds so the healing persists while Bloodthirsty Retaliation is active. If you’re still in need of health in the process, expose yourself to another hit and continue the combo. Remember that basics attacks will still apply, but you’re going to get better healing overall from rage or runic attacks.

Here are some runic attack suggestions for each weapon that work really well with this build:

There are a few different options to choose from, and as always, it’s best if you actually upgrade the runic attacks to increase their duration, area of effect, or both. And remember, a hunter is a hunter, even in the Norse realms.