How the Matrix movies ended, and left room for The Matrix Resurrections 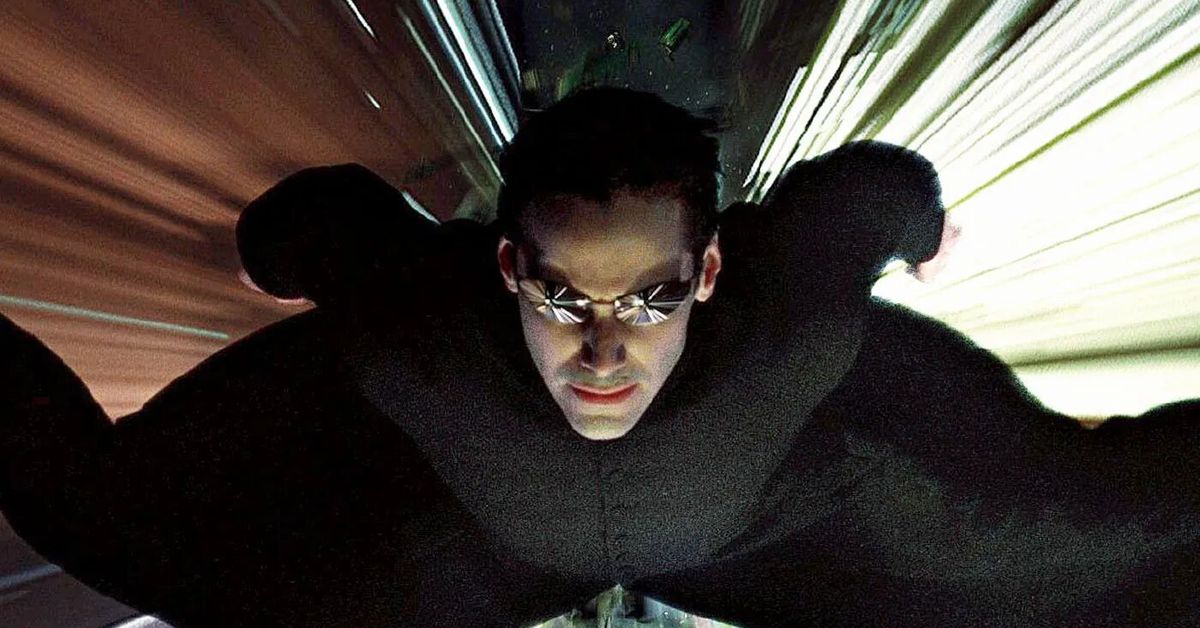 We’re hours away from the release of Lana Wachowski’s The Matrix 4 aka The Matrix Resurrections, a film that reintroduces the psychically gifted freedom fighter Neo (Keanu Reeves) and his lover Trinity (Carrie-Anne Moss). Trailers for the film echo events of 1999 original, with shots of Neo walking through the rippling reflection of a mirror, sparring with Yahya Abdul-Mateen II’s Morpheus-like character in a dojo, and pills — lots and lots of blue pills. We won’t say much more of how it all lines up with the original Matrix movies, but we will say: It can’t hurt to know what happened in the original Matrix movies.

Somehow, it’s been nearly 18 years since the release of The Matrix Revolutions, the third film in the original Matrix trilogy, and a lot has transpired since then, both off and on screen. For anyone scratching their head trying to remember what happened at the end of Revolutions, the long-awaited release of The Matrix Resurrections seems like a pivotal time to look back. Wachowski seems to remix and/or fold over the mythology in new and fascinating ways in the series’ new sequel, making the complicated lore more relevant.

2003’s The Matrix Revolutions ended with Neo traveling to the Machine City alongside Trinity in Niobe’s (Jada Pinkett Smith) hovercraft ship the Logos in attempt to broker a truce with the machine leader and end the war. While en route to the city, Neo and Trinity are ambushed by Bane, a human resistance fighter assimilated by Agent Smith during the events of The Matrix Reloaded. Neo fights Bane, and in the process is blinded by an exposed power cable during the scuffle. Despite this, Neo discovers he has the ability to see the machine source code in the real world, enabling him to “see” and ultimately defeat Bane. As the Logos makes its approach to the Machine City, the ship is bombarded by the city’s defenses. The Logos manages to make it into the city, but Trinity is fatally wounded upon arrival, leaving Neo on his own. Neo meets with the machine leader, proposing a truce between the humans and the machines on the condition of defeating their mutual enemy, Agent Smith, who poses an immediate threat to both the Matrix and the Real World.

Neo ultimately defeats Agent Smith, but his fate is left up to question; we see his body cradled on a hovering barge which subsequently carries him into the Machine City. The Sentinels, the human-hunting killing machines who were ordered by the machine leader to stop attacking the human city of Zion per the conditions of Neo’s truce, are seen retreating from Zion after Smith’s defeat. The Matrix is then seen rebooting itself in the wake of Neo’s destruction of Agent Smith.

In the final scene of the film, The Architect (Helmut Bakaitis) meets with the Oracle (Mary Alice) in a park, telling her that she “played a dangerous game” by introducing the variable of Trinity into this latest incarnation of the cyclically recurring system of the Matrix and planning for this outcome. As was explained to Neo by the Architect at the end of The Matrix Reloaded, there have been a total of six different iterations of the Matrix created to imprison humanity and assimilate the human race’s impulse for resistance into the self-perpetuating cycle of its existence, wiping out all humans freed from the Matrix between iterations before creating a new generation of resistance fighters led by a different “One.” What separates Neo from all previous Ones is that his love of humanity, which was a constant across all his predecessors, was instead focused on one person in particular: Trinity. This gave Neo the motivation to not perpetuate the cycle of destruction built into the Matrix and instead prioritize her life at the end of The Matrix Reloaded.

In the end, the Architect and the Oracle agree that any human who wishes to leave The Matrix would now have the opportunity to do so, and that the truce will last, “as long as it can.” The Oracle is approached by Seraph (Collin Chou), her bodyguard, and Sati (Tanveer K. Atwal), a young self-aware program whom the Oracle adopted earlier in the film as a ward. When Sati asks if Neo will ever be seen again, the Oracle replies, “I suspect so. Someday.”

Based on the trailers, fans know the film takes place some time after the events of The Matrix Revolutions, given the disparity between Neo’s appearance in that film and his appearance in the upcoming installment. When we last saw Neo, he was being carried away by the machines into the heart of the Machine City. A shot in the trailer suggests he may still be there, or that the machines took care of him following the reboot of the Matrix. The final scene between The Architect and the Oracle insinuates a continuation of the Matrix in one way or another.

As for Trinity, viewers saw her die during the events of The Matrix Revolutions, leaving many possibilities for Wachowski to pick up in the sequel. New characters played by Jessica Henwick (Love and Monsters) and Yahya Abdul-Mateen II, the ending of The Matrix Revolutions suggest that many humans would continue to thrive and survive in the real world for years to come after the machine’s attack.

How important a role Revolutions plays in understanding The Matrix Resurrections is really up to the audience who experiences it when hits theaters and HBO Max on Dec. 22. In the meantime, may we suggest all three Matrix films, currently streaming on HBO Max?