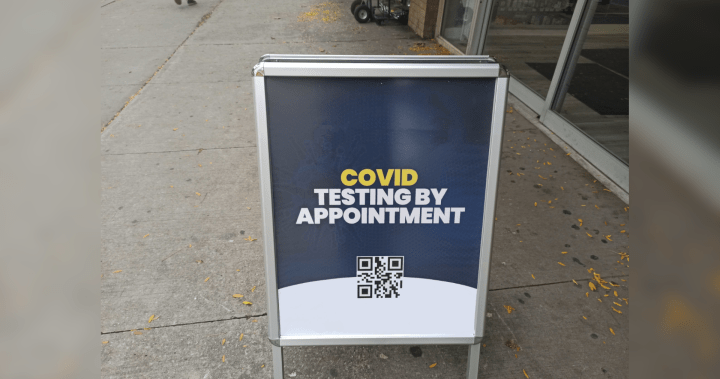 On a day Ontario recorded its highest total of reported COVID-19 cases within 24 hours, the province’s chief medical officer of health announced further actions to “limit transmission” of the surging Omicron variant, including the adjusting of testing and isolation strategies.

Of the record 13,000 new cases posted by the province Thursday, Hamilton contributed 998 of them, bringing the city’s current active cases to over 4,000 as of Dec. 30.

With the provincial case count now at 739,648, Dr. Kieron Moore revealed major changes to the availability of publicly-funded PCR testing, which will now be reserved only for those considered “vulnerable” starting Friday.

The alteration will allow free tests for just those with significant medical issues or starting treatments, health-care workers and residents in “the highest risk settings” such as hospitals, long-term care retirement homes and congregate living settings.

In addition, individuals with a positive result from a rapid antigen test will no longer be required or encouraged to get a PCR test and no testing will be made available for asymptomatic individuals in the community.

“This means that … if you have symptoms of COVID-19 and are not eligible for a PCR test and do not have access to a rapid antigen test, you should assume that you have COVID-19 and isolate, according to our revised guidelines,” Moore said in a briefing.

Ontario is also changing the required isolation period for individuals who are vaccinated, as well as children under 12, now set for five days from the onset of symptoms.

“The isolation can end after five days if symptoms are resolved or improving for at least 24 hours…and masking and physical distancing are followed,” Moore said.

Those exposed to someone who has tested positive for COVID, are fully vaccinated, have no symptoms and don’t live with the positive case, are advised to continue to monitor for symptoms for 10 days.

Earlier this week, recommendations from the Centers for Disease Control and Prevention (CDC) in the U.S. cut the recommended isolation and quarantine period from 10 days to five based on data suggesting the majority of SARS-CoV-2 transmission occurs early in the course of illness, generally in the one to two days prior to the onset of symptoms and the two to three days after.

Thomas Tenkate, a professor with Ryerson University who specializes in health and safety, believes the CDC decision was based on the effectiveness of vaccines and pressure on governments to keep the isolation period as low as possible to maintain normal life for the bulk of the population that may not be susceptible to illness.

“You’ve got that issue of what level of risk is there to the community if you reduce it down to that timeframe,” Tenkate told 900 CHML’s Good Morning Hamilton.

“It also gets down to what’s the availability of tests and what’s the impact on the workforce?”

Hospitalizations also rose by another 239 in Ontario over the past day, bringing the total number of people in wards with COVID to 965.

In Hamilton, three more people were admitted to hospital over the past 24 hours with COVID infections moving the total number receiving care at either St. Joe’s or Hamilton Health Sciences (HHS) to 140.

However, both networks say the ratio of ICU numbers to admittance are still relatively low with only a pair of patients moving to ICUs day over day, bringing that number to 17.

Tenkate says the doubling of COVID numbers across North America due to the new variant is impacting hospitals based on the large number of people being infected.

“The vaccine is doing its job in regard to stopping people getting really sick.”

Ontario has 58 outbreaks in LTC homes as of Thursday, which is up by 11 from Wednesday.

Three retirement and a pair of LTC homes in Hamilton have reported outbreaks tied to the Omicron variant, amounting to a total of 39 cases since Christmas Eve including 20 staffers and 17 residents.

“We still don’t have all health workers in long term care and essential caregivers being provided N95 masks,” said Arya.

“Last we heard from the province, the third dose or booster shots that were provided to health workers…was just at forty-three per cent. So that’s clearly not enough.”

Staff at public schools and licensed child care will have to don N95 masks when classes resume Wednesday Jan. 5.

Moore said the “high-quality three-ply” cloth masks will be provided for free to students and children in addition to a more rigorous screening system.

Eight remain in a surge as of Dec 30, while seven are at elementary schools.

In the last 14 days, there have been 93 new COVID cases reported at the two public boards. Students account for 69 of those infections, with 74 cases among students and staff in elementary schools.

Public health is monitoring 208 COVID cases tied to 33 reported outbreaks across the city as of Dec. 30, down from the 38 reported on Wednesday.

Close to 500 staff at Hamilton hospitals isolating for COVID

Hamilton’s two hospital networks revealed 487 workers currently self-isolating due to an interaction with a COVID-19 case.

The bulk of those affected are employed with HHS, including a number of physicians. St. Joe’s says 133 of it’s employees are also in quarantine.

Twenty-four staff at city hospitals have been reported to have had COVID infections since Dec. 21 amid nine reported outbreaks in the networks as of Thursday.

Seven of the the surges are at HHS outlets with just a pair at St. Joe’s hospitals. Close to 88 cases are connected to those outbreaks, which also involve 63 patients.

Hamilton’s health partners administered close to 9,900 vaccine doses on Wednesday, a slight decrease in shots compared with the same day a week ago when about 10,055 doses were given.

More than 42,000 doses have been administered over the past seven days, which is down from the estimated 50,000 given out the seven days before.

Children born in 2017 ineligible for COVID vaccine until their 5th birthday: Ontario

As of Wednesday, 79.3 per cent of eligible Hamiltonians aged five and up have been fully vaccinated, while 84.5 per cent have had at least a single dose.

Just under 86 per cent of residents aged 12-plus have had at a pair of shots, while about 88.5 per cent have had at least one.

The city is still behind the provincial average, which has 88.1 per cent of those 12-plus fully vaccinated and 90.7 per cent with at least a single dose.

Over 90 per cent of those aged 60-plus in the city are fully vaccinated.

Excluding kids aged five to 11, Hamiltonians in the 18-to-24 age group represent the lowest vaccination rates of those eligible in the community at just over 78 per cent fully vaccinated.