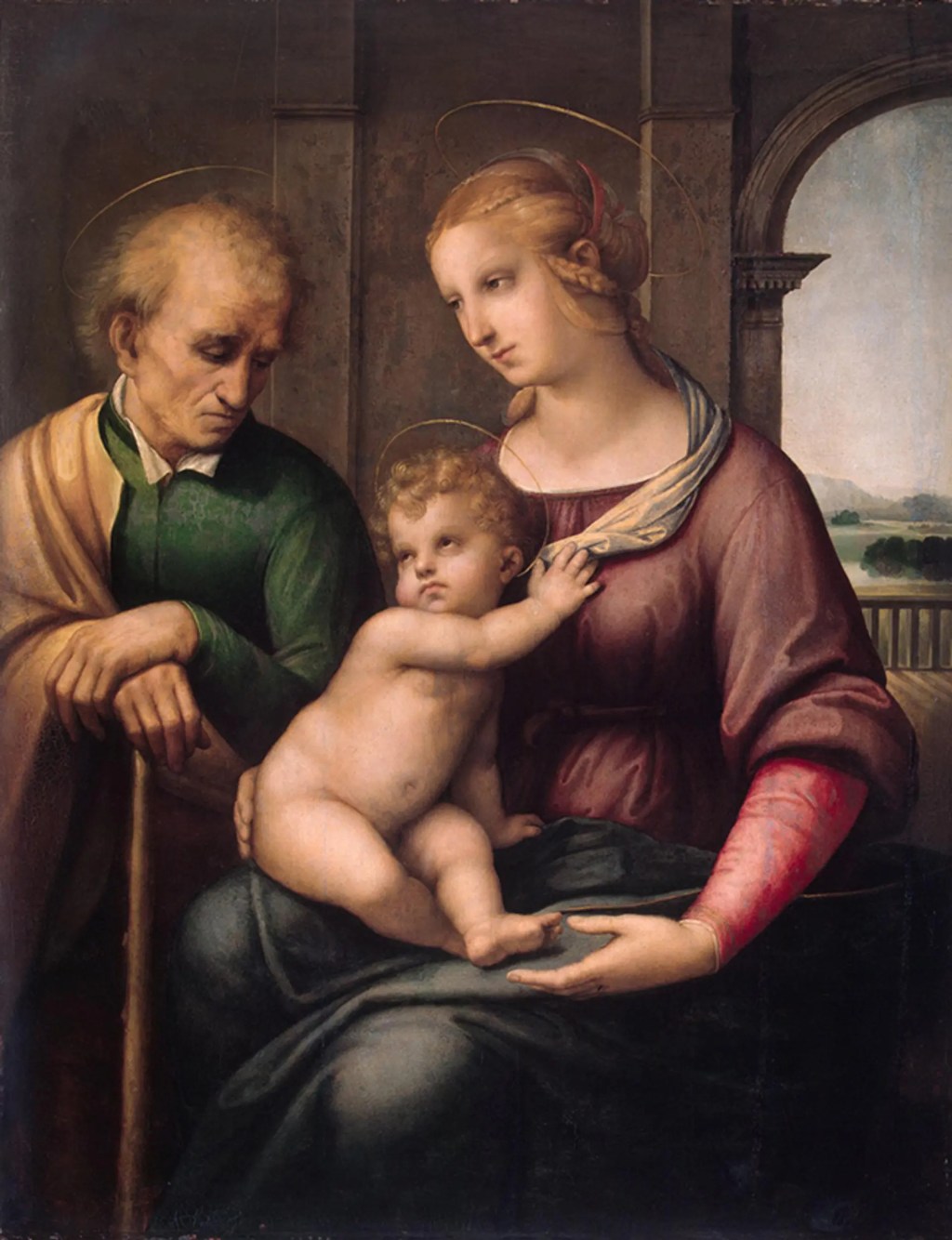 As the war on Ukraine intensifies, international loans of artworks between several Russian and Western European institutions have been indefinitely suspended. The National Gallery in London has announced that one of the major loans for its anticipated Raphael exhibition, The Holy Family (ca. 1506–7), from St. Petersburg’s State Hermitage Museum, has been canceled.

“As a result of the situation that has arisen due to Russia’s invasion of Ukraine, Raphael’s The Holy Family, in the collection of the State Hermitage Museum, St Petersburg, is no longer included in ‘The Credit Suisse Exhibition: Raphael,’” a spokesperson the National Gallery told the Art Newspaper.

The spokesperson added, “The painting had long ago been offered protection under the UK’s Immunity from Seizure legislation, but earlier this week it was omitted from the National Gallery’s list of works coming from abroad for Raphael. This was presumably done after consultations with Arts Council England, which administers the immunity system on behalf of the UK’s culture department.”

The exhibition, which is being billed as “one of the first ever to explore Raphael’s complete career,” was originally set to open in October 2020, but was postponed due to the pandemic. It is now scheduled to run from April 9 through July 31. The organizers plan to show 17 paintings by the Renaissance master drawn from international venues including the Louvre, National Gallery of Art in Washington, D.C., Madrid’s Prado Museum, Florence’s Uffizi Galleries, and the Vatican Museum.

The London gallery has clarified that the agreement with the State Hermitage was canceled a week before the St. Petersburg museum recalled several works from two museums in Milan. The Palazzo Reale was instructed to return of two paintings, including Young woman with a feathered hat by the Venetian painter Titian, which was loaned for the ongoing exhibition “Titian and the image of women in 16th century Venice.” That show is set to run until June 5.

“When I read the letter I felt bitter because culture should be protected from war but these are difficult times,” museum director Domenico Piraina told Reuters.

Meanwhile, four Russian museums also requested the return of 23 works currently on display in Milan at the Gallerie d’Italia show Grand Tour. Dream of Italy from Venice to Pompeii.” Intesa Sanpaolo bank, which owns the gallery’s collection, said that the works would be transported back to Russia around the exhibition’s scheduled closing on March 27.

In a signal of worsening relations between Russia and the international cultural community, France announced this week it would withdraw 15 artworks from an exhibition at Moscow’s Kremlin Museums set to open this month. The U.K., Spain, and Austria had previously recalled their loans from the Kremlin Museum exhibition “The Duel: From Trial by Combat to a Noble Crime.” The show has since been postponed, and lenders to it were given the option to renounce their involvement.

Speaking on France’s participation in Russian cultural events, French cultural minister Roselyne Bachelot said, “Our presence could have been exploited as a sign of a divergence between European countries.”