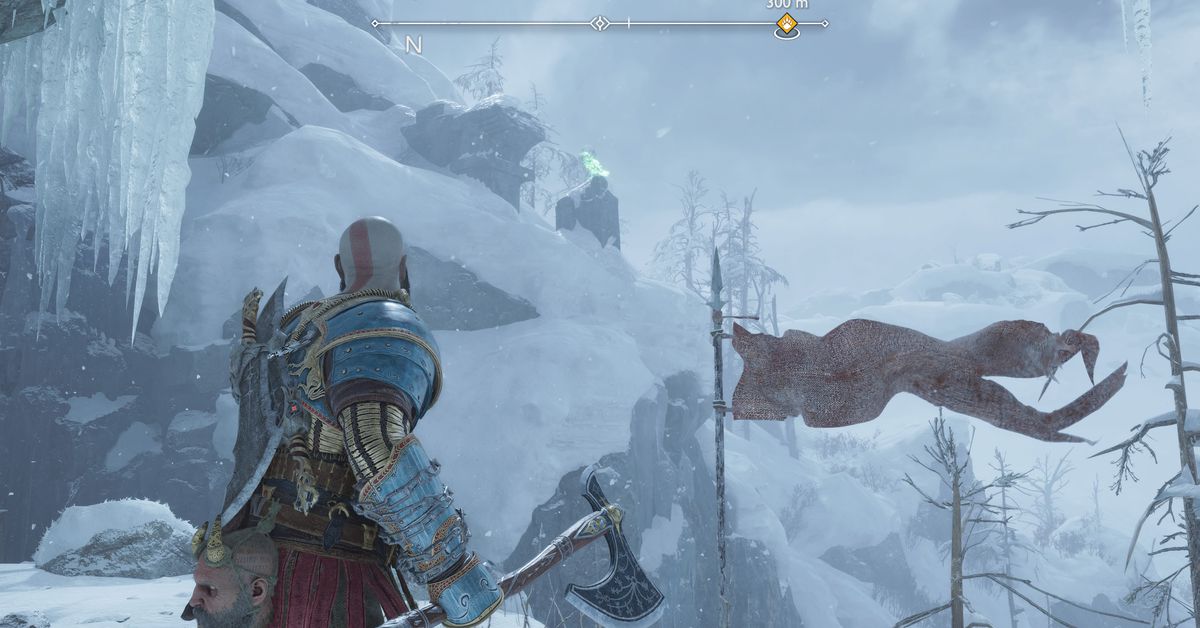 There’s nothing quite like home — even when home is a frozen-over hellhole. Yes, God of War Ragnarök sends Kratos, Atreus, Mimir, and Freya back to Midgard and the Lake of Nine, the place that started it all. And unlike Svartalfheim, Vanaheim, and even Alfheim, Midgard is really just one big circle filled with a ton of things to do. There are a few side paths, but it all centers around one familiar: Tyr’s Temple.

In this guide, we’ll walk you through how to find all of the collectibles in Midgard, from each Nornir Chest down to every last one of Odin’s Ravens.

The Lake of Nine is the mostly-frozen lake around Tyr’s Temple — the biggest open world section from God of War (2018). While it might look familiar, it has all-new mysteries to solve and items to collect. The Lake of Nine essentially encompasses all of the areas around Midgard that surround the smaller areas.

Follow the main quest to the King’s Grave area. When you leave and hop on your dog sled, head down toward Tyr’s Temple but hang a right.

Eventually you’ll come across a lip that you can jump over into a small cave. Get off your sled and walk in to find a red chest and the Draugr Hole. Defeat it to claim its treasure.

From the King’s Grave, head down to Tyr’s Temple in the middle of the lake. When you reach the bottom of the slope, turn left toward the giant metal gates. (If you’ve already revealed it on the map, it’s right outside of the Raider Hideout.)

Hop off your sled and look halfway up the door on your right. You’ll see one of Odin’s Ravens hanging out by the hinges. Destroy it.

From the King’s Grave, sled down the ramp toward the Temple of Tyr. Before you hit the area where you can cross under the bridge, however, turn around and look back toward where you came from. You’ll spot some stairs.

Climb the stairs. At the top you’ll see a body holding onto an Artifact. Grab it.

Head down to Tyr’s Temple and sled around to the right side. You’ll see a helmet sitting in the ice, smoking.

Investigate near the fire to pick up the Breastplate of Guiding Light armor piece, and read the lore on the helmet’s right wing to either start or progress the “Guiding Light” side quest and get the “Tyr’s Helmet” Lore entry.

From the helmet of Tyr, steer your sled right to the nearest realm gate (which has a big H for Helheim).

In front of the gate, lodged in the ice, you’ll find a Berserker’s Gravestone. Activating this will start a particularly tough fight against Fraekni The Zealous. As with all Gravestones, we recommend you try it out once and then come back later if it’s too tough.

Sled around the right side of the Lake of Nine until you reach Sindri’s shop. On the opposite side of the wall behind Sindri, you’ll find another piece of Tyr’s statue.

You’ll see some runes written on what looks to be a gold band sticking in the snow. Read them to continue the “Guiding Light” quest and get the “Tyr’s Left Bracer” lore entry. Dig up the Gauntlets of Guiding Light and move on.

Continue around Tyr’s Temple until you reach the southern side — near the frozen lightning bolt. Hug the temple and you’ll eventually come across a dark alcove in the ice.

Sled inside and look up and to the left. You’ll see one of Odin’s Ravens dancing around on the ice. Because it’s such a dark area, the glowing green Raven is pretty easy to spot.