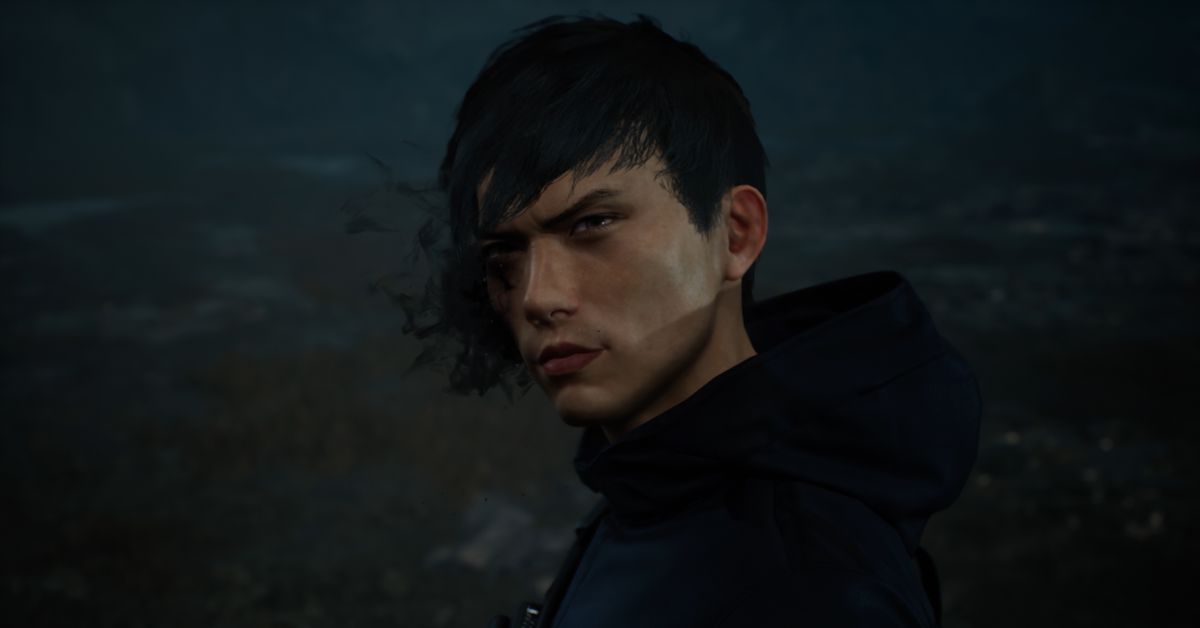 For decades, there’s been a stereotype that Japanese game developers and players dislike first-person games. As with any claim of that sort, it’s filled with a long list of asterisks and exceptions. But Ghostwire: Tokyo director Kenji Kimura and producer Masato Kimura think there’s some truth to it, theorizing that it has to do with stylish character design being especially important to Japanese players, as well as general concerns about motion sickness.

Yet Masato says he thinks the sentiment is fading away, noting that he doesn’t hear about it as much as he used to — which turns out to be fairly convenient, since Ghostwire: Tokyo is not only a rare first-person action game from a Japanese studio, but in many ways feels defined by the perspective.

Kenji refers to Ghostwire: Tokyo as Tango Gameworks’ first first-person game, which isn’t technically true (The Evil Within 2 got a post-release first-person mode), but it’s the company’s first game built around the perspective. And he says that during the game’s development, that led to a lot of experimentation.

“It was definitely a challenge for us,” Kenji says.

“Starting from scratch, just getting the sense of walking correctly was hard, because you want the head to bob a little, but if you make the head bob too much while you’re walking forward, it makes you feel dizzy,” he adds. “And not having any bob makes it feel like you’re just sliding across the map, so that also feels weird. Doing everything from scratch was definitely a very big challenge.”

The benefit of this experimentation, Kenji says, is that it led the team to rethink things that others might take for granted, like how Ghostwire: Tokyo’s gameplay is centered around mid-range combat rather than anything especially close or far away, as in a typical shooter.

Tango refers to Ghostwire as an action-adventure game, though, it’s closer to a shooter than a brawler. You use elemental powers rather than guns, allowing you to throw wind, fire, and water attacks at enemies with your hands. Enemies soak up a fair number of hits and they move at a modest pace, so there’s time to breathe during fights, or even run away entirely. Ghostwire has stealth attacks, a melee button, a parry, and a bow and arrows, but in what I played, those felt more like backup choices to use in a pinch rather than your default attacks.

In the five or so hours that I played of the game for this story, I often found myself stepping in and out of combat — weakening enemies from a modest distance, then moving in close to finish them off with a sort of energy wire that pulls out their core. While I craved some sort of evasive move to dodge incoming attacks, the action on the default difficulty setting generally didn’t get overwhelming enough to make that a major issue.

Tango balanced the game to be easy to understand and have a nice tempo and flow, Kenji says, rather than forcing players to study and memorize different aspects extensively.

“The game is about exploration of the city, and there are enemies that get in the way, but we didn’t want the combat to be so difficult that it prohibited you from actually doing a lot of that exploration,” he says. “Because a lot of the fun is in the exploration. So there are other difficulty levels that you can try out if you want to play in a more tactical way, but on the normal setting, it’s not that tactical.”

And that exploration, as well, ties closely into the game’s perspective. Kenji says the team wanted to make the game something of a sightseeing experience that could show off its recreation of Tokyo — which comes across well in the game, with an impressive sense of variety and verticality.

Even the main character Akito has been designed with the first-person perspective in mind. Going the opposite route of the popular logic in Japan they mentioned at the beginning of this story, Kenji and Masato say the team at Tango went with a sort of everyman main character who could blend into the crowd, so the player could relate more to the character.

To a degree, every game is defined by its perspective, likely in hundreds of subtle ways we don’t ever notice. Yet, in playing the first two chapters of Ghostwire: Tokyo, I couldn’t stop noticing examples of how many of the big, obvious design choices seemed to be built around the perspective, and how everything seemed to fall in place thanks to the game as a result.