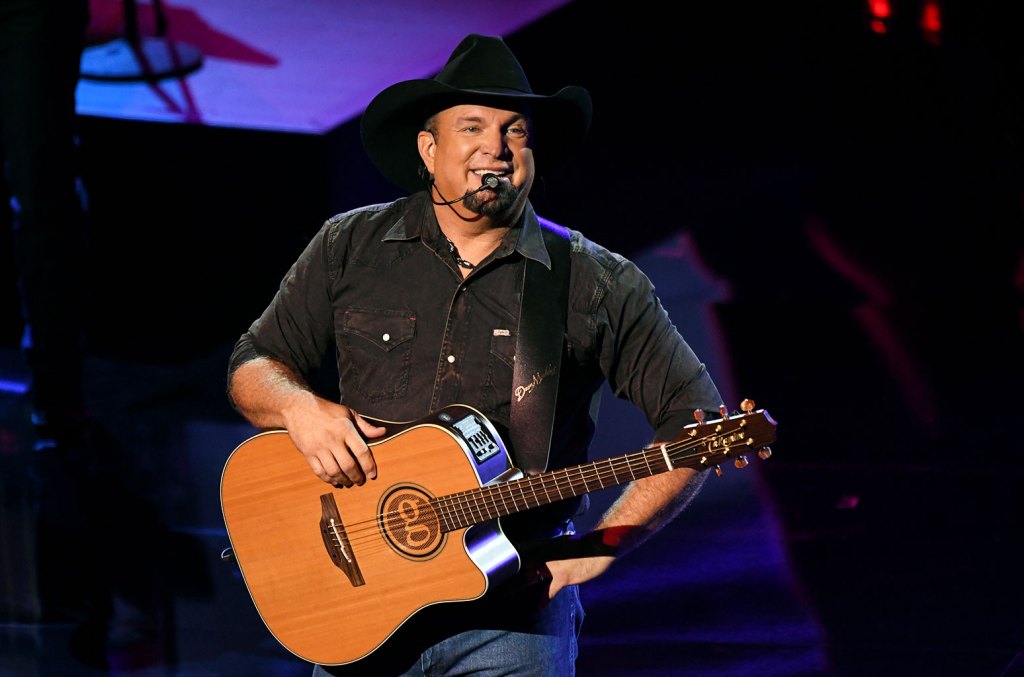 Nine years after his five-year residency at the Wynn’s Encore Theater concluded in 2014, Garth Brooks is returning to Las Vegas for another run.

In May, the superstar will kick off Garth Brooks/PLUS One, a one-year, 27-date residency at the 4,300-seat Colosseum at Caesars Palace promoted by Live Nation/Caesars Entertainment. He announced the news on Good Morning America Monday and talked to Billboard in depth about his next chapter.

The title of the one-man show teases the twist. The PLUS One concept will play out in a number of ways: Brooks’ band members will be at each show and will get called up on stage spontaneously to join him, either individually or en masse for a song. The PLUS One can also be a special guest including his wife, Trisha Yearwood.

“Any given song, all 10 band members will be playing and singing, then none of them will be,” Brooks tells Billboard. “Then maybe percussion and background vocals for ‘The River.’ Or [I’m] talking about George Strait and ‘Amarillo by Morning’ and all of a sudden [Jimmy] Mattingly shows up with the fiddle and it’s just [me] and him. Any given night can have any given variation of any given song.

“The PLUS One is also the fan,” Brooks adds “because it’s one on one with them.”

Verified Fan ticket registration through is open now and runs through Nov. 17 at 8 a.m. PST. Verified fans will then receive a code to have the opportunity to purchase tickets beginning Nov. 21 at 10 a.m. PST.  Citi cardholders can also register for a Citi presale, run through Verified Fan, by clicking here. With no seat more than 145 feet from stage, tickets start at $99 and average out around $350. Brooks says he will continue his long tradition of “stubbing,” where crew members move fans from the farthest seats to a closer location for free.

Brooks does not anticipate having new music out before the shows kick off, but Live Live, a set comprised of a custom book and five CDs totaling more than 50 live recordings is now available for pre-order. Live Live, which includes his 1998 Double Live album and 2019’s Triple Live, is available when fans purchase tickets or alone through the Ticketmaster site.

Following the Wynn stint, Brooks officially came out of retirement in 2014, releasing new music and kicking off a massive three-year North American arena tour that included over 390 shows and sold more than 6.3 million tickets. In 2019, he started a three-year stadium tour, punctuated by the pandemic, that drew nearly 3 million people and ended with five sold-out shows at Dublin’s Croke Park stadium this September that were attended by 400,000 people.

“Still to this day, I’m floored that I got a second half of a career,” Brooks says of the arena and stadium runs. Of the nearly 400-show arena tour, he says, “I could never do it again if I tried. I still don’t know how the hell we did it — there was one run that was 15 shows in 12 days.” Then returning to the road for the stadium tour with the ongoing pandemic provided its own challenges. “Between the pandemic and all that weight, I’m stunned nobody died,” adds Brooks, who lost 60 pounds by the time the tour reached Ireland. “We felt very lucky to get through the stadium tour.”

Now, he’s ready to return to a much more intimate setting. “In the stadium show, once you’re halfway back in the stadium, the stadium then becomes like one and you see shoulders and you see a big face and you watch how they’re working as one,” he says. “What I love about the residencies is you can see every individual and see what’s going on with them. Lock into them because they’ll get you through a song. If you’re sitting there going, ‘Why am I straying so much in my head right now?’ Boom! You’ll find that person that this is their favorite song. And then it becomes your favorite song to sing right there in the moment. That’s what I really love.”

Talks with Las Vegas venues began more than a year ago, with two February shows at Park MGM’s Dolby Live serving as a trial run. Brooks also checked out the Colosseum and The Theater at Resorts World by playing in the rooms while empty. “Because if you’re going to marry this place for a year, don’t dread where you’re going, right?,” he says. “So if there would have been something that would have knocked them out of it that happened there, then we would have never taken it to the next level of saying, ‘Okay, what are we talking about when we play here if we play here?’”

Ultimately, he decided to go with Caesars based on the deal and its strong reputation. “You try and make sure that you partner your name with Yankee Stadium, Central Park, right?,” he says referencing his 2016 shows at the baseball venue and 1997 New York City concert. “And so Caesars was a cool name to partner with. Nice people. We could have partnered at MGM and been just as happy. Nice people there as well. They were both very sweet and very flattering in their offers.”

Even though the shows don’t begin for six months, Brooks is already thinking about how the Caesars run will differ from the Wynn residency for fans. “Hopefully it’s everything you love from the Wynn show but it’ll be different because I owe that to them.”

The Wynn show was aspirational as Brooks talked about growing up and discovering his musical heroes. The new show will update those memories. “The stories from the Wynn were the ‘what ifs.’ These stories will be what I live every day,” he says. “It’s gonna be cool to talk about James Taylor in this house sitting on our cabinets in the kitchen, barefooted, asking Trisha, ‘How do you make these mashed potatoes taste like this?’ That sh-t is cool for me. And then you can still play James’ stuff, because it’s timeless.”

Brooks stresses unlike on a stadium tour, “where the music can get lost,” at Caesars, “you’re going to have to dig to find the spectacle. It’s all going to be about the music.” And it’s also about the fun because “it’s something I’ve been lucky enough to get to do before, so this is like the second round. And this time, I’m going to be like a guy at a buffet with two forks and if you’re in that crowd, I’m going to eat you alive.”